This week the internet has lashed out at Urban Outfitters, its high price tags and all its ‘ethnic’, ‘vintage’, ‘artisan’ waffle. Welcome to the world of #UrbanOutfittersBeLike. Just a browse through the hashtag on Twitter has had us in creases because, seriously guys, it is all so accurate. 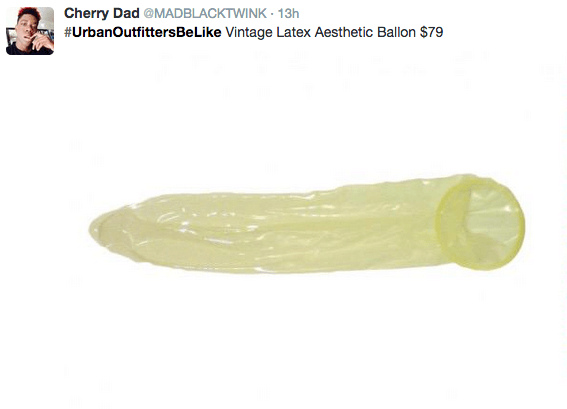 It’s no secret that Urban Outfitters has a very loyal teenage following. Although it’s unclear how 16-year-olds can afford all those overpriced ‘ethnic’ bum bags, choker necklaces, dream catchers and peasant blouses, UO has still managed to make a name for itself as the go-to destination for festival and holiday shopping.

However, the store has also made a name for itself by being really good at pissing people off. Urban Outfitters is the only name on the high street that’s constantly in the press for all the wrong reasons, such its tendency to be culturally insensitive. Oh, and there was that time when they thought it’d be a good idea to use t-shirts to glamourise depression and eating disorders. So despite its popularity, UO doesn’t have the best reputation outside of its loyal customer base.

We love #UrbanOutfittersBeLike and think it’s been a long time coming. Maybe Urban Outfitters’ design team will just ride it out and use some of these tweets as inspiration for future designs. Flick through the gallery below to see some of the funniest of the lot. 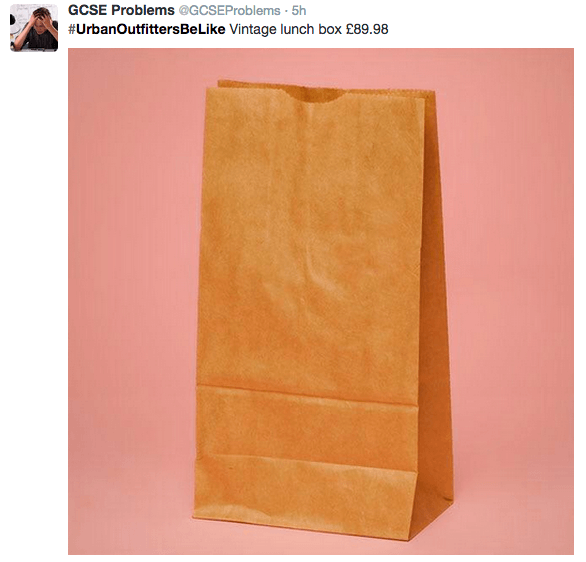 Prev1 of 5Next
Use your arrow keys to browse
In this article:urban outfitters