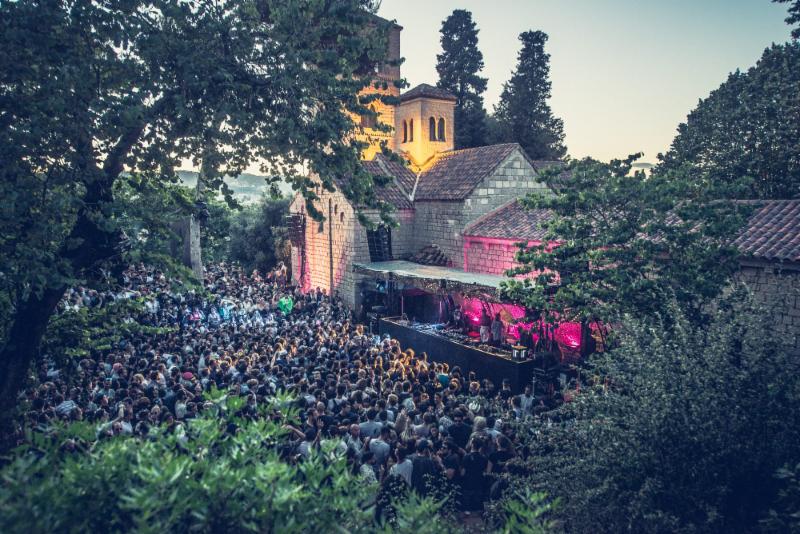 Hailed as one of the best venues amongst the OFF Sónar Series, Poble Espanyol has just announced nine incredible parties, across 4 days, and three venues.

With a music offering an ambiance that could rival the best Ibiza terrace session, Poble Espanyol’s OFF Sónar series unites leading brands and figures, from global club culture at one outstanding and unique location. The diverse array of shows, and premier sound and production provide an opportunity for everyone to find an epic dance floor moment, beneath the cavernous Catalan skies.

Escape from the city heat, and get lost amongst the impressive architectural event spaces, and beautiful vistas. With over seventy-five artists playing across four days at the stunning and unique location, Poble Espanyol is an essential stop for anyone in Barcelona during Sónar week.

Having consistently delivered some of the finest party offerings to Barcelona’s OFF Sónar programme, Poble Espanyol has come up trumps this year, proving they are the place to be that week.

The brainchild of Carl Craig and introduced to bring together the iconic figures of the city’s legendary sound, Detroit Love does just that on 14th June 2018. Assembling the aforementioned titan of house and techno, Moodymann, Omar-S, Octave One, Kyle Hall and Idriss D play on an astonishing bill of legends, that have been redefining and reshaping the musical landscape for decades.

It’s All About The Music also grasps the reigns on 14th June with a stellar roster in tow. Master of ceremonies Marco Carola unleashes the sleek minimal techno he’s famed for. While Barcelona native Paco Osuna and star-studded trio Apollonia are joined by exhilarating rising talent, in the form of Leon, Joey Daniel, Neverdogs and  Anna Tur. 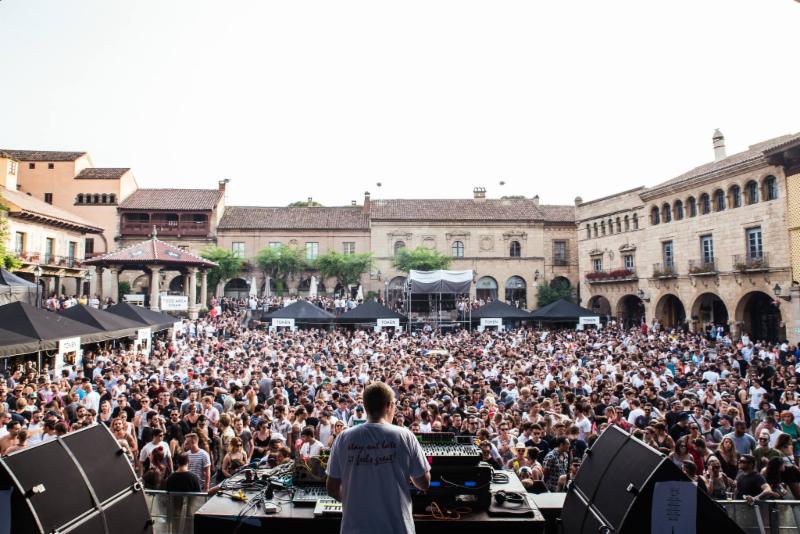 It comes as no surprise that ТРИП (pronounced Trip) has locked in a stunning array of selectors for its 15th June date, it’s the label of the incredible Nina Kraviz after all, with monstrous techno man DJ Rush, Shadowax, and Steve O’Sullivan rubbing shoulders with label mates Deniro and Bjarki.

On June 15th, globally acclaimed, and immersive entertainment maestros elrow, bring their award-winning carnival style party to the grand surroundings of Poble Epanyol’s Plaza Mayor. With the lineup still to be revealed, elrow will showcase their flagship theme: Singermorning. Surely one of their most vibrant and fun-fuelled shows that is sure to offer something truly special.

Returning for something of a victory lap on  15th June, Secretsundaze cements their reputation as an OFF Sónar institution and the finest party purveyors on a worldwide scale. With Joy Orbison, Antal, Dekmantel Soundsystem, Lakuti and an unmissable back-to-back set from Funkineven b2b Byron The Aquarius. Expect a meticulous selection of the most inspired crate diggers that, much like themselves, promote inclusivity on the dance floor and cater to wide-ranging tastes.

Last, but by no means least, brimming with electronic music heavyweights, the 17th June‘s finale plays host to an Innervisions party unlike no other. The cutting-edge label takes over all three spaces at Poble Espanyol, for the first time ever in the venue’s history. The likes of Ben UFO, Dixon, Jamie xx, Avalon Emerson and Gerd Janson guarantee genre-spanning sets. Henrik Schwarz, Floating Points, Job Jobse, Âme, Alex From Tokyo, Red Axes, Solar, Mathew Jonson, Trikk, Discodromo, Keope, Marcus Worgulland Willikens & Ivkovic will round off these incredible four days, in what is sure to be an unforgettable love affair in Barcelona.