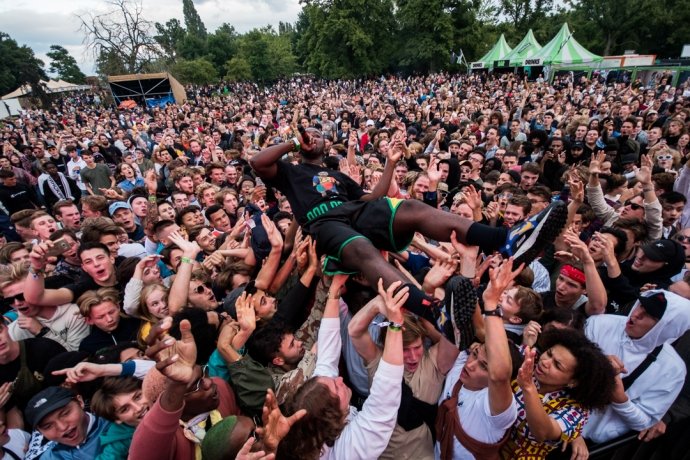 Within the surround trees of Inside Flevopark, Amsterdam, you’ll soon hear bass thump from Appelsap Festival.

The “party is dedicated to all the teachers that told us we’d never amount to nothing” sees acts from across Europe come together for one epic day! Established in 2000, Appelsap has showcased some of the most renown names in hip-hop and music today; the likes of Kendrick Lamar, Lil Wayne, Disclosure, and that’s just to name a very few.

This year, they host some UK favourites like Wiley and Nines, but if you look past the bigger names you’ll find some absolute gold.

The Chicago native Famous Dex blesses the Appelsap Stage this coming August. The latest rapper to come out of the ‘Triplet Flow’ woodwork will be performing tracks from his latest album.

Back in 2015 Famous Dex brought us ‘Never Seen It Coming’ his first self-released mixtape, the first of twelve in fact. Since then he has been making collaborative mixtapes and records. Building an excruciating amount of anticipation for his debut studio album DMD (Dexter Meets Dex).

Finally dropping April 2018, the first single named ‘Pick It Up’ ft. A$AP Rocky peaked at 54 in the Billboard Hot 100 charts. In line with its predecessor the second single to drop ‘Japan’ peaked at 28. Overall the album speaks volumes in regards growth as a rapper over the space of two years.

Though it’s outlandish to expect appearances from Wiz Khalifa, A$AP Rocky, Drax Project and Diplo – who all feature on the album. Be sure to witness Famous Dex’s unyielding flow.

Born in Oakland and raised in Oxnard, Madlib Da Bad Kid AKA Quasimoto will be bringing 20 years of Hip-Hop/Rap heritage to Flevopark Amsterdam.

Having worked with Afrocentric sentinel beings like Erykah Badu, J Dilla and Ghostface Killah. Madlib has more than enough material to keep an audience going for a week let alone one set. It’s been said that we as an audience have only heard 30% of the material he has created. That astonishing considering Madlib has been active for over the 20-years. Hopefully, he’ll bring some forth on this once in a lifetime occasion.

One of his most notable recent movements would be his collaboration with Freddie Gibbs, ‘Pinata’. The album is bound together by oozing soulfulness, deep jazzy cuts and acute production prowess.

As a member of LA artist collective Soulection, Jarreau Vandal has built a name for himself as a bewildering disc jockey.

Vandals ability to layer, euphoric melodies of RnB, tranquillizing drops of ‘Future Bass’ and the intangible rhythm of house music; makes him a must-see performer at Applesap this year.

Learning the ways of the samurai if you will Jarreau learned the capacity to produce and DJ through listening to old records his parents would play. Eventually leading to him to Amsterdam, an arena of like-minded beatmakers at the time.

In Amsterdam, he launched the collective ‘Wavefiles’, where during the collectives first event, he, in fact, played his first DJ set. Not only has the event become a notorious night in Amsterdam, but so has Jarreau all over the world.

For many, the moody and enchanting vocals of Snoh Aalegra were discovered on ‘Do Not Disturb’ by Drake, who sampled the Swedish born singer back in 2017.

Blessing the audiences in 2016 with her first EP ‘Don’t Explain’, which introduced Aalegra’s cinematic soulfulness, she continued her experimental style with her ever-changing, emotionally rich vocals throughout her 13-track debut album FEELS – No song sounds the same.

Bringing her Persian heritage to her most recent video‘Nothing Burns Like The Cold’ via its visual tone, throughout FEELS, she delves into the loss of her father, heartbreak and much more.

Though a more melancholic must-see act of Appelsap this year, if you’re looking for mesmerizing vocals, and rich storytelling look no further.

Writing from the age of 14, Jess Smyth, known as Biig Piig, is now 20 but has always had a knack for song-writing. Channelled through Symths laid-back conversational tone – her debut EP ‘Big Fan Of The Sesh’ has made her one of London freshest talents.

Discovering her talents quite young she has been able to develop a unique neo-soul style that opens the lid on the anxiety that’s felt by youth.

Her lo-fi RnB style is somewhat of a rarity, with only Puma Blue springing to mind as an artist with similarities. Both share a hazy jazz backdrop throughout their beats and self-examining lyrical tendencies.

Be sure to check out her set this year at Appelsap!

Tickets are still on sale, with an offer of 6 tickets for the price of 5 – get yours from their website: http://appelsap.net 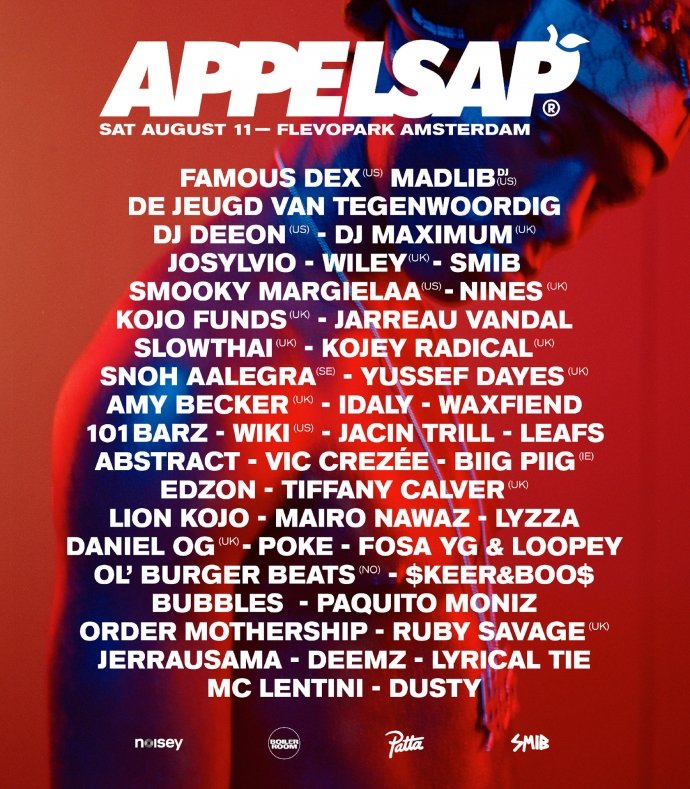