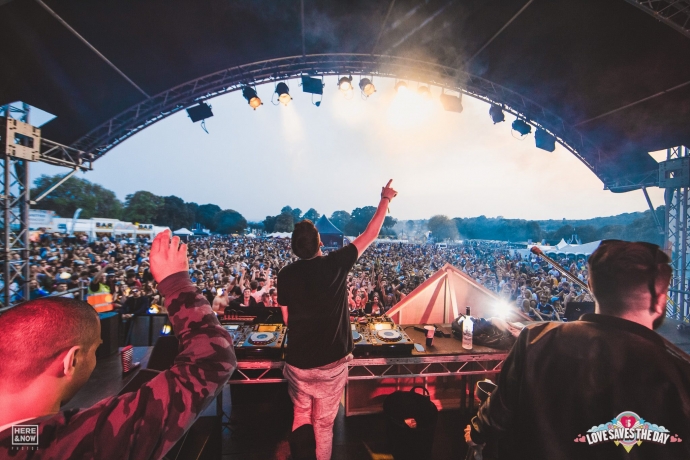 Love Saves The Day is one of the fastest growing festivals in the UK, but unlike many that grow fast, it never seems to lose its magic. This year was no exception.

After a wet and muddy slip’n’slide session at Castle Park in the rain a couple of years ago, the festival moved site, across the city to Eastville park. The result was a roaring success. While the scale was bigger, the production was equally ramped up. 2016 saw the festival return for a two-day party at the location, featuring  the likes of headliners Hot Chip, Chase & Status, Dizzee Rascal, Ben Klock and more.

Security was improved tenfold this year. With more gates, more staff and a more streamlined process, we were through the gates in no time and partying hard! The staff and security were both professional and friendly, and we’ve always said this is one of the most important things about festival.

The bars last year were the festivals biggest fall-down, with long queues up to an hour just for a beer. This year, the festival had clearly learned from their mistakes and people were flying through to get drinks. A card machine was a welcome addition for those that had run out of cash. Just like previous years, both the food and drink were a strength of the festival. A good, varied selection of alcohol and delicious food from what was clearly a choice of selected, quality traders. 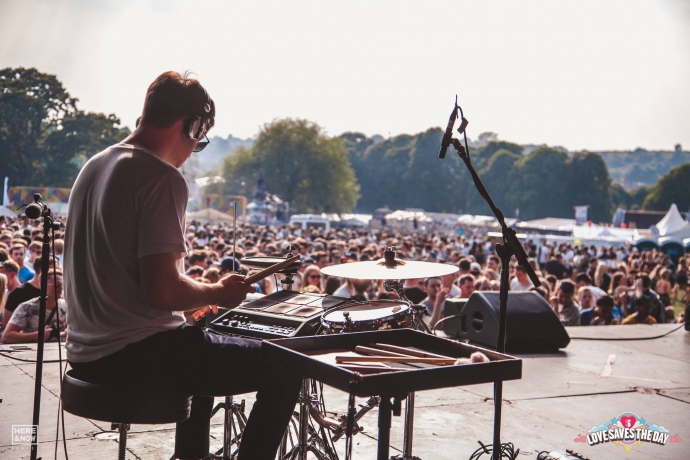 The creative team behind Love Saves The Day clearly know what they are doing. From an inflatable church, to street drummers, a Tattoo Parlour (with a HIDDEN BAR behind if you asked for a Pineapple Tattoo!) and a particularly perspicacious attention to detail from stage to stage, Love Saves The Day improved an incredible amount on last year. In fact, every year we see many welcome additions to the festival, who clearly have learned from previous years.

Perhaps the most notable addition to this year was the Arcadia Afterburner. We must admit, when it was first described to us it did sound like a half-assed attempt at the original, infamously majestic structure of its parent, but when we saw it in the flesh, we were far from disappointed. With unrivalled light production, well-dressed dancers and a DJ at the heart sending roaring bass echoing into Bristol the sound quality was undoubtedly a strong point. We can only hope it returns again in 2017! 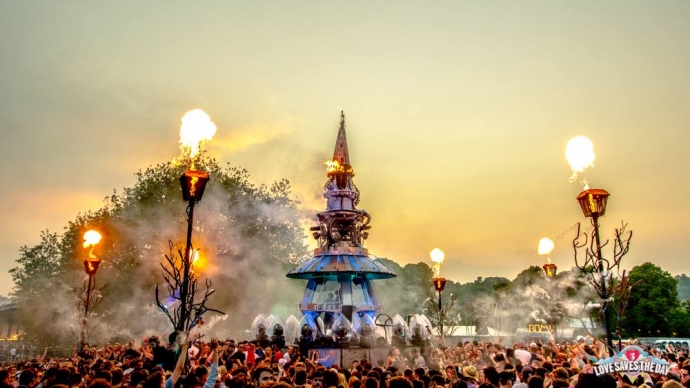 Meanwhile at the Just Jack stage, things were toned down a bit on the Saturday this year with a minimal setup in the Paradiso tent, however the sound was far from uncompromising, with a line-up that makes even the softest of Techno fans weak at the knees. While Ben Klock was headlining this tent, it was Paranoid London that stole the show. Featuring their use of three main instruments, the Roland RL-808, 303 & 202, the instruments that helped define modern electronic music, their distinct Acid sound sent the crowd electric as the tent packed out throughout. Just Jack’s very own Dan Wild put in a fair few hours, and while he always warms up or closes for the Just Jack crew, we wholeheartedly believe he is well deserving of a headlining set and in fact, the tracks he played (on Vinyl, may we add!) were some of the most pleasing of the weekend. 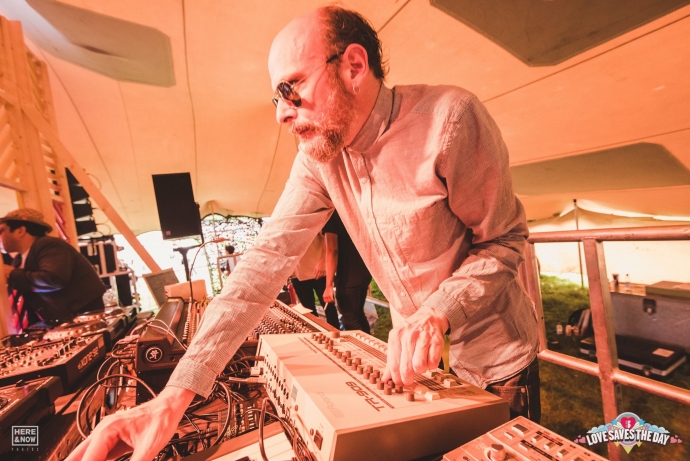 Over at Cloud 9, the Apex & Motion team threw an equally as pumping party, with the likes of Skream and Martinez Brothers stealing the show from Ben Klock on Saturday. We did check out Ben Klock’s set, and we did love it, but we didn’t feel as though it fit in with the whole Love Saves The Day vibe.

Shambarber, ‘The Dance Off’ and many more stages also made a comeback this year, providing an eclectic range of music that saw crowds jumping in all corners of the festival.

The day was over, and we hit Motion for the night. Being Motion veterans, we have to say this particular night was very badly organised. The staff didn’t seem to know what they were doing, and the queues to get in were over an hour due to hefty security searches. Once we were in, there were 3 rooms open – Motion’s Warehouse, The Tunnel and The Marble Factory. Unfortunately The Marble Factory didn’t pick up too much, but in the Warehouse, local legends Icarus were playing one hell of a set, and we heard nothing but good things said. It reminded us a bit of the underground sound of the 90s! Sir Pete Tong followed with an equally as pumping set, that jumped into the perfect level of dark Techno that we all know the Motion crowd were craving.

Powering through to Sunday, we arrived back at Love Saves The Day with sore hangovers, but the place was pumping regardless! Some said the place was a bit too busy, but we still enjoyed ourselves regardless. Observing the line-up in the sunshine, which shone brightly all weekend (against all weather predictions) made for a real communal atmosphere. There was something unique about today, and you could feel the love among people.

We turned to each other and all agreed, it was called Love Saves The Day for a reason, and this festival deserves all the positives it aspires to attract. 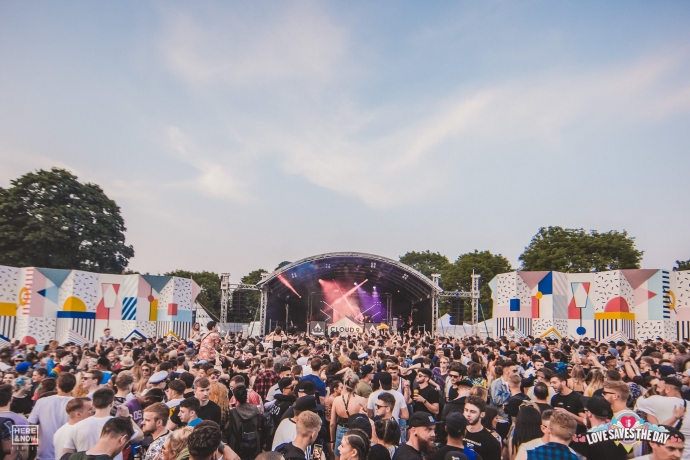 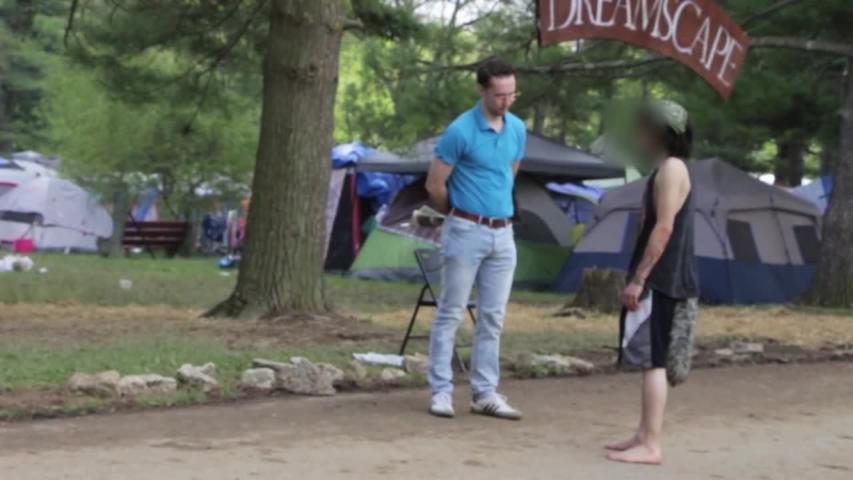 In this article:Love Saves The Day