Even More Artists Announced For Live at Leeds Festival 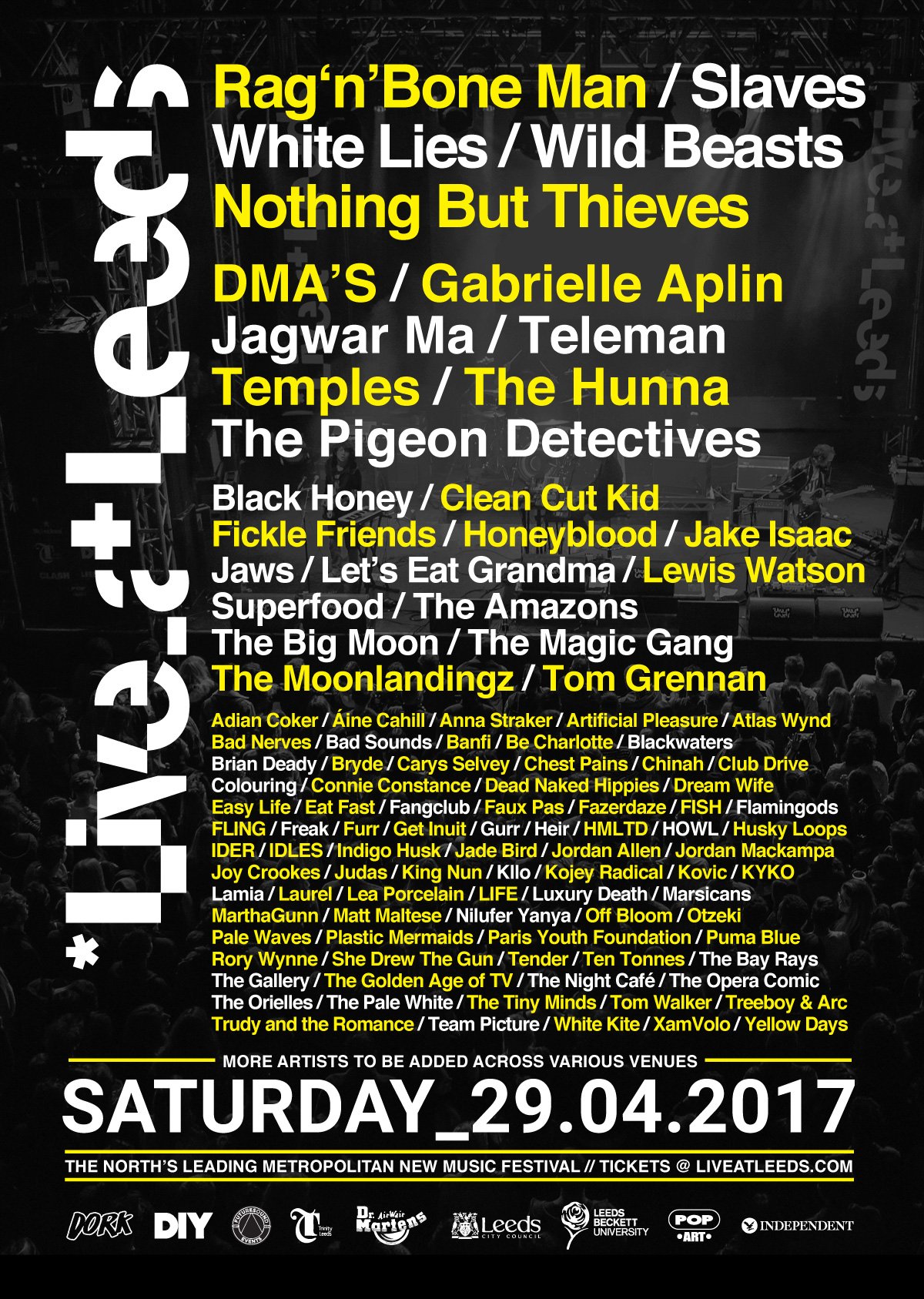 Live at Leeds Festival has dropped even more names to add to the already impressive lineup. Taking place on Saturday 29th April across a multitude of venues in the city, you have the chance to catch some incredible and acclaimed artists, all for a very reasonable price tag.

The Brit Awards Critics Choice nominee Rag ‘n’ Bone Man leads the latest wave of acts added. Amongst the likes of Nothing But Thieves, Honeyblood, Temples, The Hunna, Clean Cut Kid, DMA’s, The Moonlandingz, Get Inuit, Trudy & The Romance and many more!

The fresh new batch of names come along with the announcement for the Welcome Party on April 28th. Headlined by revered US synth-punk groovers Future Islands, at Leeds University Stylus. Tickets for the show are separate from the Live At Leeds Saturday wristband and are available now – kicking off the weekend in an emphatic style.

Live at Leeds has cemented itself as ‘the‘ place to hear the essential sounds and acts of the coming year, with a nod to the (unofficial) start of festival season. Don’t miss out on a great opportunity to hear some of the best new talents alongside a legion of well-established artists.

It looks like this year is once again, is set to be the definitive live music experience of the year – celebrating a city and culture that thrives on looking forward and embracing the now.

You can buy tickets priced at £32.50 + bf for the event now through the Live at Leeds site (Liveatleeds.com).