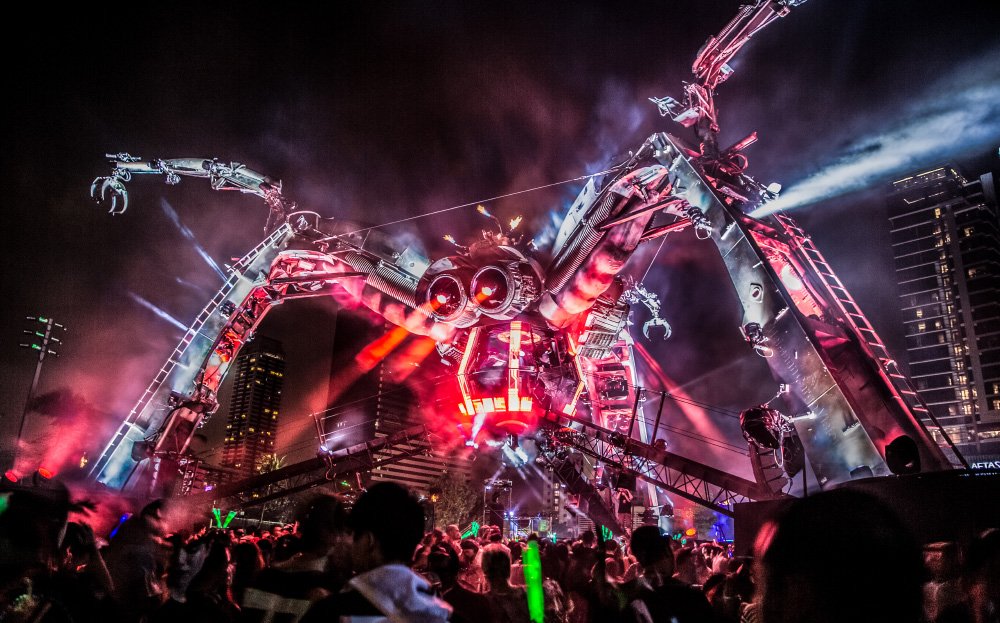 Festival phenomenon: Arcadia announce their biggest stand-alone event yet – taking place in London in 2018 to celebrate their 10th anniversary.

The two-day event will be held on the first bank holiday weekend in May 2018; Saturday 5th and Sunday 6th. Witness first hand at the iconic 50-tonne, fire-breathing spider making its debut in the heart of London. The mesmerising performance piece will be the hottest ticket of the year and promises to wow the crowd with their spellbinding Metamorphosis show.

Carving out a home for themselves within the fields of Glastonbury Festival, they became a firm favorite across the weekends’ festivities. Drawing in crowds of over 10,000 per night! And now, Arcadia will be celebrating its tenth anniversary in the fallow year of the festival.

Londoners will have the chance to step inside Arcadia’s fully immersive landscape, where 50-foot fireballs ignite with a thunderous shockwave. Tesla performers shoot two million volts of lightning from their bodies, and huge mechanical limbs spray jets of C02, and a ground-breaking light show brings the arena to life, whilst dance music heavyweights perform from the belly of the beast.

Having toured the Spider on four continents, Arcadia is back in spectacular style.

“We can’t wait to bring Arcadia into the capital for the first time. Having toured the globe, we’re really excited to get back onto home soil, and celebrate the best of the past decade.”

With lineups and more being announced later this month, the countdown is on, and this is NOT something you want to miss.