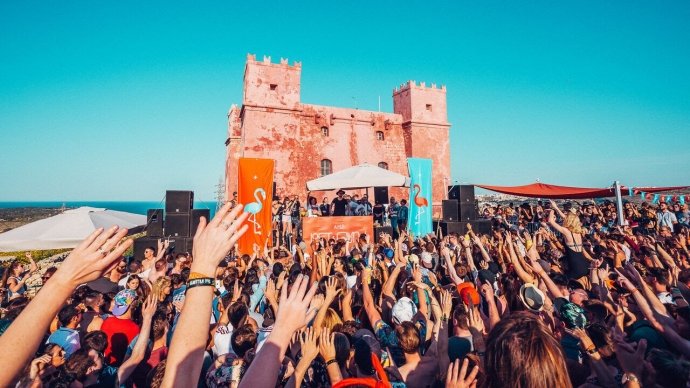 It’s been nearly three years since we last attended the first of Annie Mac: Lost & Found festival and it was a memorable experience.

First years are always a struggle, but she pulled it off with pure panache. We’ve heard that things have only got better, as D:Ream would say.

On the first bank holiday of May 2018 (3 – 6 May) on the island of Malta, Annie Mac is joined by pioneers in the electronic world. Diplo, Jamie XX, Four Tet, Bicep, The Black Madonna, Hot Since 82, Jackmaster, Kölsch, The Martinez Brothers, Patrick Topping, Tiga…

With close ties to the legend herself, the DJs always seem to go that extra mile at this festival. We will never forget The Martinez Brothers boat party or Artworks antics at the aquarium car park; plus the crowd really are something special.

Lost & Found Festival is the heart of Malta’s growing reputation as a clubbing destination since its inception back in 2015. The picturesque setting of the island has grown to become an affordable party destination for music fans seeking the sun.

If that didn’t excite you, the date has been shifted too; it was a bit chilly last time, so the later date is warmly (get it?!) welcomed this year.

As Annie herself says, “And so begins year four of our beloved Lost and Found festival. This time we are in the month of May! I’m excited for sunnier days and warmer nights, all the better for raving longer to the finest electronic music this world has to offer. The line-up this year is HUGE so pick your sets to see and enjoy every second of this 4 day adventure. See you over the weekend…”

Tickets are on sale now at lostandfoundfestival.com

See you at one of the castle raves.