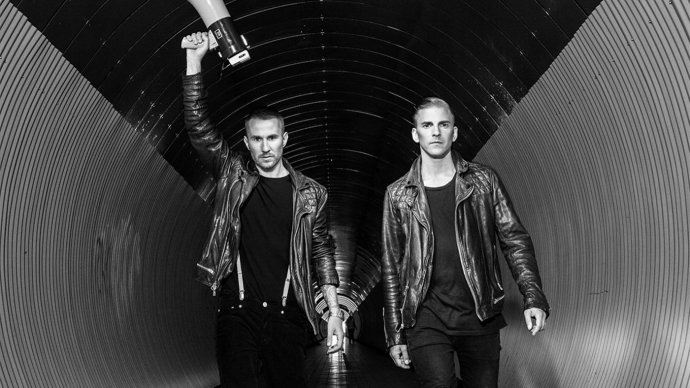 Swedish electronic giants, Galantis, have been dominating the airwaves since their formation back in 2012. Debuting their first ever live performance at 2014’s Coachella festival, and releasing their first single ‘You’ just weeks before, the duo certainly started as they meant to continue.

Releasing their huge hit ‘Runaway (You &I)’ at the end of 2014, it smashed into the Top 10 charts in over 10 countries and quickly became one of 2014’s biggest dance anthems.

2015 then saw Galantis take on Ultra Festival in both Miami and South Korea as well as EDC and the huge Lollapalooza, followed by even more chart success with the massive ‘Peanut Butter Jelly‘ which went 2 X Platinum in Australia as well as going Gold in the UK. June then saw the release of their incredible debut album Pharmacy and it’s been a non stop ride from here.

Now 2016, Galantis have finally made it to British shores as they perform their first ever UK show to a sold out London crowd.

Make sure to stay locked in with all thing Galantis right here – https://www.facebook.com/wearegalantis