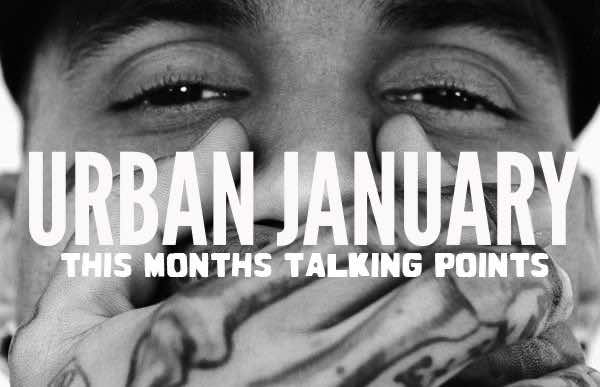 January was a big start to the new year rolling off from a very eventful 2013. Take a look at the top stories which kept us talking over the last month!

The Rise Of Kid Ink

The Rise Of Kid Ink

Kid Ink kick started our 2014 in great fashion with his release of ‘My Own Lane’ last month. HTF gave the Californian’s 2nd studio album an impressive 9/10 and his work has boosted popularity with urban listeners.

Isaiah Rashad dropped his outstanding ‘Cilvia Demo’ last month which was a delight to listen to. The young artist’s EP has had a very positive response from the urban scene and needs a listen if you haven’t already!

This was the mugshot of when rapper, Young Jeezy turned himself in to Atlanta police early in January. This was a result of him getting in a heated exchange with his son going as far as saying he would kill him if he could get away with it; the artist was slapped with charges of ‘threat of terrorism’, ‘false imprisonment’ and ‘battery’. Guess it ain’t easy being Jeezy.

Dappy had us all glued to our T.V screens with his entertaining activities within the CBB House and it was this scene which had everyone talking; two drunk girls and a rapper playing truth or dare. I’m sure you can imagine how awkward the living room was as I watched with my Mum!

This was the month we finally got a release date for ‘Mastermind’ which will be 4th March. This will be his 6th release following 2012 effort ‘God Forgives, I Don’t’.

This was the headline which involved Kanye West agreeing to compensate his 18 year old assault victim $250 000. This was regarding the incident of the racially provoked attack in an medical centre last month in which Ye allegedly hit the man over 30 times.

Jay-Z along with the NBA and the Brooklyn Nets minority owner Bruce Ratner were subject to a $600M lawsuit from an angry entrepreneur. Dr. Francois de Cassagno claimed he owned the rights to the NBA team’s name before it was moved from New Jersey to Brooklyn. It was later found that Cassagno filed during the waiting period of the move in an attempt to cash in on the loop hole. Clever man, perhaps $600M is abit audacious?

That’s right, last month saw the birth of the new religion ‘Yeezianity’ where believers follow the philosophy of rap artist Kanye West. The religion was set up by 23 year old Brian Liebman who lives at home with his parents. Check out the video below, tempting us to follow the cause! 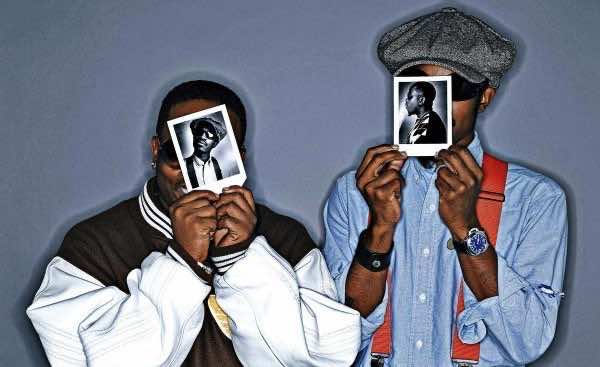 Very exciting news broke last month of the duo OutKast reforming. It was announced last month that the two (Andre 3000 & Big Boi) will be setting on a world tour this year which has made fans very exited; especially since their last album release wasn’t since 2006! Check out the announcement below! 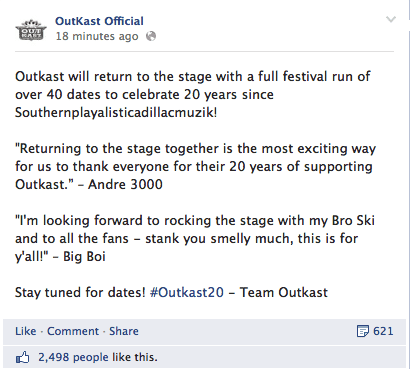 The Grammy’s was a disappointing outing for Kendrick Lamar who to everyone’s amazement didn’t pick up an award! Fans were outraged in an event which saw Macklemore and Ryan Lewis receive 4 awards to Kendrick‘s none despite artists being nominated for 7 awards each. The biggest surprise was that Kendrick’s major label debut ‘Good kid, m.A.A.d city’ was pipped by ‘The Heist’. Even Macklemore himself was shocked and later texted Lamar with an apology.