Which Trainspotting Film Has The Best Soundtrack?
Advertisement 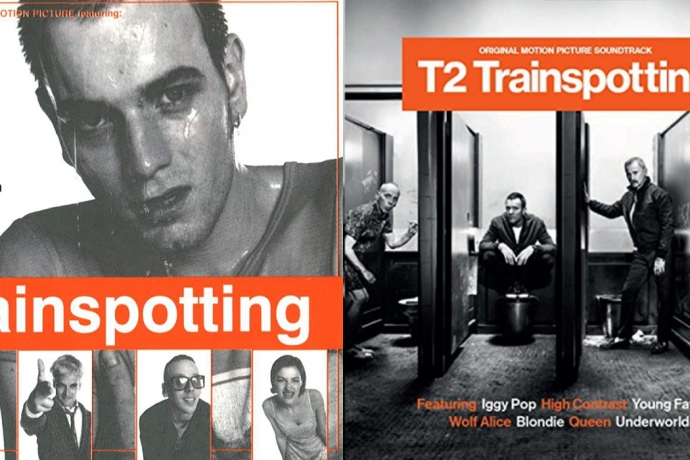 If you are reading this article and are not aware of Trainspotting or its sequel T2, you must be too caught up in a world of jotting down trains into a WHSmith’s notepad, while enjoying a weak orange drink.

Danny Boyles’ 1996 classic has become a historical document for those caught up in all things Brit-pop and 90’s nostalgia, but it wasn’t just the motion picture that made such a splash. The accompanying soundtrack became that year’s ‘must have’ album in the same way that the Pulp Fiction OST had been the year before. For a movie set in the 80’s, the soundtrack features the big players (except Oasis and Suede) of the era; Blur, Pulp, and Leftfield as well as some musical legends like Lou Reed and Iggy Pop. But how does it compare to the follow-up?

It is impossible to remember a time when the sound of that drum intro and the bassline didn’t evoke the image of ‘Renton’ and ‘Spud’ sprinting through the streets of Edinburgh. The perfect choice of song and a big thank you to David Bowie for making it happen. As a fan of Boyle’s first feature ‘Shallow Grave,’ Bowie recommended his friends Reed and Mr. Pop to strike a deal to have their music used for the film. Without his help, it could have been Kula Shaker’s ‘Hey Dude’ that opened the movie. The sequel ends with a Prodigy remix of the track, that sadly isn’t on the compilation.

The mid to late 90’s was rich with forwarding thinking electronic artists were aching to break away from ‘rave’ and acid-house. Massive Attack, Tricky and obviously Leftfield would be found in the CD collections for those people who knew where to be on a Saturday night. ‘A Final Hit’ may not have been their best track, but it works on the screen.

The former Mercury Prize winners keep gaining acclaim for being one of the great British hip-hop acts. Hailing from Edinburgh and just stinking of cool – no wonder they feature on T2’s soundtrack twice, ‘Get Up’ and ‘Rain Or Shine’ help push the movie’s love of nostalgia into the now.

Round 3: The Blondie Track

Was the use of the Blondie cover by a hip Brit-pop group a cynical move to stay in touch with the zeitgeist or just a cheaper option? As Sleeper’s version is so faithful to the original, it seems silly to not just use the Blondie track. It does soundtrack one of the most beloved scenes in the film when ‘Renton’ meets ‘Diane.’

‘Dreaming’ explodes with Clem Burke’s  opening drum rolls quickly followed by one of Chris Stein’s legendary guitar riffs and we already have one of the Blondie’s greatest anthems even before Debbie Harry’s sublime vocals take off; this would make any film come alive.

Round 4: The Undiscovered Gem

It was a brave move for the makers to have one of Britain’s biggest bands and choose an album track from their least fashionable album ‘Leisure.’  The first time you hear those piano chords, you have to wonder how you had never heard of this track before. ‘Sing’s’ success after the soundtrack gave it a new lease of life and found it’s way back into Blur’s live set as recently as 2012.

Being included in the soundtrack left the band was over the moon, and ‘Silk’ is T2’s answer to the atmospheric ‘Sing.’ One of the best tracks on their debut album ‘My Love Is Cool’ is given a welcome platform in one of the final scenes of T2.

Round 5: The classic track

Trainspotting achieved what Duran Duran failed to so the year before, and introduced a brand new audience to one of Lou Reed’s finest songs. The rest is history and with the BBC releasing a star-studded version for charity and karaoke bars across the country will seldom have an evening without it.

Not many soundtracks can do wrong when including a Clash track, ‘(White Man)’ may not be their most known song and hopefully, it will be discovered by a whole new audience.

It was level heading after five rounds, and both are brilliant compilations, but the original has a perfect mix of contemporary artists as well as relighting the fires to some forgotten classics and doesn’t include Queen’s ‘Radio Ga Ga.’

Advertisement. Scroll to continue reading.
In this article:Soundtracks, T2, Trainspotting