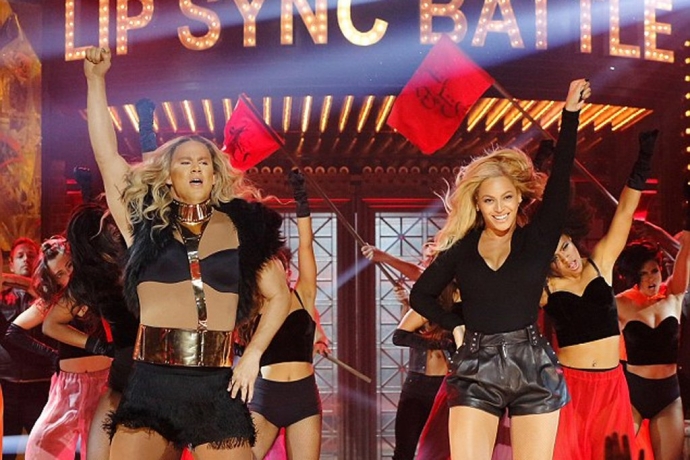 The popular American TV show Lip Sync Battle returned for a second season this week. Based on the popular and regular sketch featured on The Tonight Show with Jimmy Fallon, Lip Sync Battle is now a separate show.

The latest episode saw Channing Tatum perform Beyonce’s ‘Run the World’ and let’s just say that the video of his performance nearly broke the Internet. Maybe it was because he was dressed up as Beyonce, or maybe it was because the queen of pop herself made a cameo appearance.

If this is the first time you’re hearing about Lip Sync Battle, then don’t worry as we’ve put together our favourite ones. If you’re ever having a bad day, we guarantee these will always cheer you up. Let’s not wait any longer, here are the top lip sync battles.

Putting two TV show hosts to battle it out against each was always going to be interesting. While watching Jimmy Fallon attempt to do the ‘Whip/Nae Nae’ dance is certainly something that you won’t forget. Unfortunately, it cannot beat Ellen’s hilarious rendition of Rihanna’s ‘Bitch Better Have My Money’, which certainly helped her to win this one.

Prev1 of 5Next
Use your arrow keys to browse
In this article:Anne Hathaway, Beyonce, Channing Tatum, Ellen DeGeneres, Emma Stone, Jimmy Fallon, joseph gordon-levitt, The Tonight Show with Jimmy Fallon, Will Ferrell