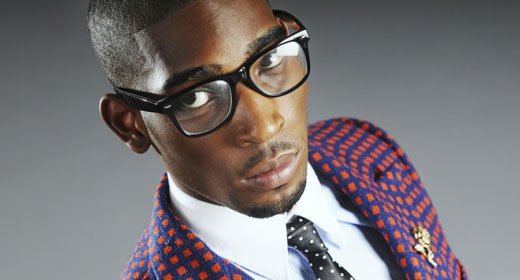 Now don’t get me wrong, we love Tinie Tempah. I just need to pull him up on the brands he’s chosen to rap about in the Swedish House Mafia track “Miami 2 Ibiza”. Whether it be for commercial reasons or whether it was just to get the lyrics to fit I don’t know. But lets have a look at what he says;

She says she likes my watch, but she wants Steve’s AP
And she stay up all hours watching QVC
She said she loves my songs, she bought my mp3
And so I put her number in my Bold BB
I got a black BM, She got a white TT
She wanna see what’s hiding in my CK briefs
I tell her wear suspenders and some PVC
And then I’ll film it all up on my JVC

Audemars Piguet manufacture expensive Swiss watches, some of which cost nearly £500,000. The sort of thing you’d find on TV shopping channel QVC? I think you’d be better off spending your spare time watching something funny like Comedy Central Extra and visiting your local jewelers who of course could adjust the strap so after forking out half a million pounds for a watch it’d at least fit your wrist. The other problem is, the way our generation behave on a night out.. We aim to get absolutely blotto then fall about the place in a state dropping subway down our fronts. Scratching a £500,000 watch on the pavement outside Debenhams? Hmm perhaps stick with a cheaper brand for now.. Casio F-91W anyone?

It is common now to buy music in a digital file on line rather than on a media such as CD, cassette or vinyl. Other audio file formats are available such as WMA or AAC but at the moment MP3 is still the most used – vinyl is still a cool format. It’s hung on to production even though easier to use, smaller and cheaper formats have been made available because DJs used it a lot. Now with the birth of CDJs, MP3 and Midi DJing equipment this may spell the end for vinyl 🙁

The Blackberry Bold has been around since 2008, the 9700 series since 2009. Very good phone, is very business orientated and is widely used so has plenty of support and I actually have no problem with it. However for the purposes of this post, I am a big fan of open source software and the Android Operating system. Here are a couple Android powered smart phones Tinie could have chosen;

Besides music and gadgets, I really like cars. I mean I love cars. I have 5! Don’t ask why.. In my opinion the most important feature of a car isn’t how much power is has. It isn’t how well it handles. It isn’t how many gadgets it has, nor is it how much it costs. The most important feature about a car is how it looks. Every time you get in and out of it you have to look at it and feel proud. People who see you in it should think, that’s a nice looking car. A black BMW? No. I know a lot of people will disagree with me, a lot of Tinie fans. But seriously they are ugly! OK the new ones are a lot better but I’m not forgiving BMW for creating my all time least favorite car the E36 which by the way I currently own, in black.. lol!

Calvin Klein boxers or briefs with the logo hanging out over the top of your jeans? That’s last decade! Clearly the way forward now is Tiger Boxers! (Lois) or at least, why not some HTF ones?

PVC is what house windows are made out of.. not the sort of thing you could wear on a daily basis under your clothes! Marks & Spencers satin underwear would be much nicer.. And if a girl does want to strip off and let you film her then you will want to reach for a nice shiny Kodak HD camera rather than a JVC

So, to recap. This is the lyrics as they should have been

She says she likes my watch, but she wants Steve’s F-91
And she stay up all hours watching CCE
She said she loves my songs, she bought my AAC
And so I put her number in my X-1-0
I got a red Bre-ra, She got a DB7
She wanna see what’s hiding in my HTF’s
I tell her wear suspenders and some M&S
And then I’ll film it all up on my Zi8

And now it doesn’t rhyme.. nice one MIIIKE! 😮