If ever you feel disheartened by the state of the music industry, do yourself a favour and look towards The Maine. While many artists these days are more concerned with things like money, the Arizona five-piece are renowned for their anti-industry, pro-fan stance. The band’s last three albums have been released in conjunction with their own management company, 8123, allowing them to forgo a record label entirely. As a result, they are regarded as one of the most humble bands in the scene.

Despite having been a band for ten years, The Maine’s performance on the Monster Stage at Slam Dunk 2017 was actually their first time performing at the festival. We caught up with them ahead of their set to talk about their new album, their love for their fans and what’s on the horizon for them…

MOSH: You celebrated ten years as a band at the start of the year. A lot of the bands you first toured with have, unfortunately, called it quits in that time— do you think that fuels you more to keep growing?

Jared Monaco (guitarist): I think so. For us, we’ve always tried to stay in our own lane and do what works for us as well as our fans. It’s unfortunate that some bands didn’t make it but things happen. There have been a few crucial moments where we’ve had to make big decisions about what we were gonna do, like where was the band going, so I think it’s just been the matter of trying to navigate and stay happy as a band while also keeping our fans happy.

Pat Kirch (drummer): We’ve certainly had a drive over the years that’s spurred on by how determined we were to make it. We’re quite proud of the fact that we now have all these different records that ultimately do different things, it’s a symbol of how much progress we’ve made.

John O’Callaghan (vocalist/guitarist): We wouldn’t know what to do otherwise! I mean… we wouldn’t die but… well, we’re all gonna die. Science and technology be damned. WE are just gonna keep it going as long as we possibly can.

MOSH: Have you achieved everything you aspired to when you first started the band?


PK: When we first started the band we didn’t even know what was possible if I’m completely honest.

JM: We’ve achieved so much that we had never dreamed of when we first began, and moving forward there will be even more milestones.

Kennedy Brock (bassist): There are certain venues we dreamed of playing in Arizona that we have, that’s one example. There’s a bunch of venues we’d love to play as well…

JO: I think it’s less of things on the grand scale, more like “how can we get to the next month” or this next record, this next tour, whatever it is. We don’t really have grandiose plans. We’re sort of like realists, mainly because we’re not willing to do a lot of things that are necessary to like… win a Grammy or be on the radio. We’re just focused on what we can control.

MOSH: So, this is your first time at Slam Dunk… that’s pretty surprising considering how long you’ve been together. What’s the similarities you’ve found between Slam Dunk so far and festivals you’ve played in the U.S.?

JM: Yeah, this doesn’t feel unfamiliar at all. It’s like something we’ve absolutely done before even though we haven’t. It’s just a shame it took so long to get here.

PM: I didn’t even realize it had been a thing for such a little amount of time, like eleven years. I thought it was as old as Warped Tour!

MOSH: Have you managed to check out any other bands yet?

KB: Yesterday we managed to see Andrew McMahon for part of his set… he’s incredible.

JM: The Movielife were playing as well, that was so cool.

JM: Find a toilet that can be just yours. Bring your own toilet and you’ll have a way better day.

MOSH: It’s pretty well known that you guys are dedicated to your fans in the same way that they are to you. These days you have a whole host of fans who will travel all over to see you, but how did it feel when you first noticed that they would drive or fly for hours to see you play?

JO: It was so unfamiliar at the time that it was jarring at first. We were like… why would you do this?!

JM: We first sort of noticed when people would turn up at shows and we’d recognize them from the night before. Then they all started to meet each other and began travelling together. I think it’s really important to be united over these things rather than competing with each other and for the most part, our fans have got it in the bag.

JO: A lot of it is represented online. Like, we would be in this cyber world where everyone was identified by their Twitter handle and would recognise people at shows and call them by it!

PK: I think now we’re getting into the phase where we’re trying to make it easier for them to do it by, you know, doing a festival like this. It’s so surprising how many people are actually willing to do it.

MOSH: Festival setlists are always tricky since they’re a lot shorter than you might be used to. How did you come to the decision of what you’re playing this weekend?

JM: It’s kind of an offshoot of what we did on the tour we just finished in the States. It’s just a little more upbeat, we’ve taken everything and injected it with energy so it goes over well with people who might not know us, and have put songs in that people actually want to hear. We’re catering not only to potential fans but also the ones who are the most devout.

MOSH: What can fans expect to see from you guys in the near future?

JM: We’re back here in September, and also going to Europe… it’s a lot of touring, basically. It’s not been long since our album came out so we’re just trying to promo it as much as possible. We’ve had a really good reception, it couldn’t have been better. We’re very excited to see what’s next.

In this article:Slam Dunk 2017, The Maine 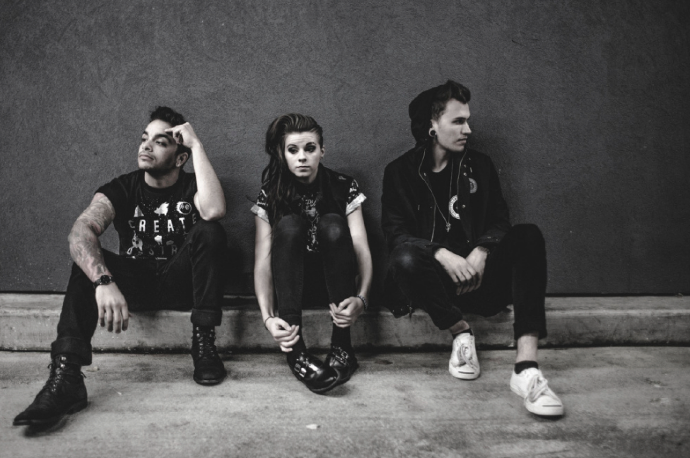 It's almost the new year, which means everyone already has their list of resolutions - except us. Here are 7 things we hope stay...