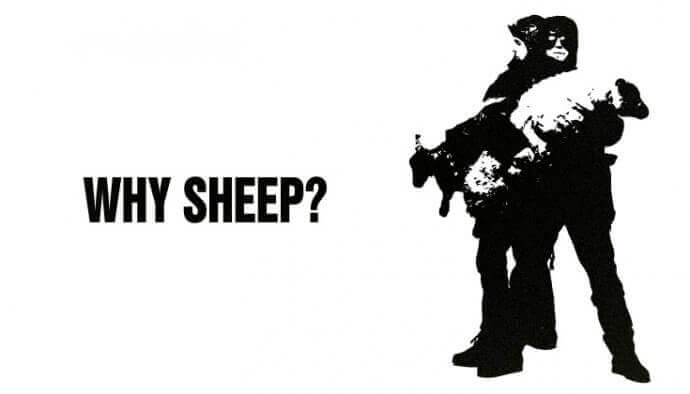 The KLF were an electronic powerhouse duo in the mid-nineties that transformed music. But where is the duo now and how did their journey start?

In 1975, Robert Shea and Robert Anton Wilson wrote a series of three novels called The Illuminatus! Trilogy. The books are science-fiction adventure stories which incorporate both factorial and fictitious conspiracy theories relating to the author’s interpretations of the Illuminati; secret groups which supposedly control world affairs in an attempt to establish New World Order, or a one world government.

Following the novel’s success, they quickly adapted it to a stage play. After a small showing in Liverpool, they moved on to The National Theatre in London. It was here where a 24-year-old Bill Drummond worked as a carpenter creating the sets and props for the theatre’s performances. However, Bill did not stay for long. While The Illuminatus! Trilogy was mid-tour, Bill randomly left the building to buy glue and never returned. After this, Bill became known as on set as “The man who went for Araldite.”

The Illuminatus had caught another man who had seen the plays; Jimmy Cauty. Jimmy and Bill eventually met up and decided to form a collaboration called The Justified Ancients of Mu Mu (The JAMs) who then appeared as various guises, including The Timelords and the Illuminatus-inspired acid-house group, The KLF.

Not wanting to be known as a thermosetting polymer for the rest of his life, Drummond and Cauty decided to call themselves by the much more sensible names King Boy D and Rockman Rock. They released a wave of electronic tracks, which reached the top ten in singles charts around the world. The duo became biggest selling singles act in the world during 1991. The KLF started the trend of adding crowd cheers sound effects to tracks; a trend many producers of the 90’s copied such as Altern 8, SL2 and The Prodigy. It was termed “Stadium House”.

The KLF continued to fuel their Illuminatus! persona by carrying out other media intensive stunts. This included posting cryptic advertisements in the mainstream press and defacing billboards across the country.

By 1992, Rockman and Gluebin decided they had had enough of The KLF and the music industry. They carried out one last memorable performance with the punk band Extreme Noise Terror live on that year’s BRIT Awards. They fired machine guns – loaded with blanks – at the crowd. Then at the after-party, they dumped a dead sheep with the words “I died for you – bon appetit” pinned to it. Shortly afterwards declaring they retirement from music and they attempted to delete their entire back catalogue from history.

So then, what the hell ever happened to The KLF?

Although The KLF had deleted their back catalogue from the UK, they were still earning unwanted royalties from the distribution in other countries. They used this money to create an arts foundation called the K Foundation. You guessed it, they continued to stir up a media storm.

Royalties still flooding in, firstly they took £40,000 in bank notes and attempted to create a piece of art by nailing it to a wooden board. The media and the art world didn’t accept this as art work, so Drummond and Cauty decided to notch the crazy up a level. The duo took £1,000,000 (about £1,500,000 today) in new bank notes and – well, why the hell wouldn’t you – made a film of themselves burning it. The film was entitled K Foundation Burn a Million Quid. Not massively imaginative but none the less an accurate title. Afterwards, Jimmy Cauty featured in a documentary saying “It’s about controlling the money because if you have money, it controls you”.

Other stunts included an attempt to “F*** the Millennium”. They released a protest song and purchased a van loaded of Tennent’s Super lager. Then they delivered the beverages to the homeless people of London on Christmas Day 1995.

The KLF signed a contract on the bonnet of a Nissan car before pushing it off a cliff. It stated they would make no further mention of the money burning for the next 23 years. From this point on, news about them has ceased.

So, why have The KLF gone quiet?

Have they given up on the anarchy and the art world? No, of course not! They may have dropped out of the lime light, but they’re still there.

Mr Bill ‘Epoxy Adhesive’ Drummond has introduced an annual event called ‘No Music Day’; November 21st. “I decided I needed a day I could set aside to listen to no music whatsoever. Instead, I would be thinking about what I wanted and what I didn’t want from music. Not too blindly (or should that be deafly?) consume what was on offer. A day where I could develop ideas.” said Bill in an interview about the ongoing advances in technology.

He continued to say: “We have access to all the music we could ever want, at any time anywhere and we’re spoilt by the sheer volume of it; this is an event that many people have gelled to. Some people use it as a day to reflect on other forms of media. Some people use it as a day to starve themselves of music so they may appreciate it that much more the next day. There are even some people who are really boring and don’t listen to music any day at all… but we don’t worry about them.”

We’re waiting for the 5th of November 2018; this is when the contract on the Nissan’s bonnet expires. That’s providing it hadn’t already rusted away by 1996 like most T12 series Bluebirds. The KLF can then talk again about their fun filled evening of £1m burning. We hope the duo reclaim some of the sparks of the 90’s and carry out just a few more stunts.

In this article:The KLF