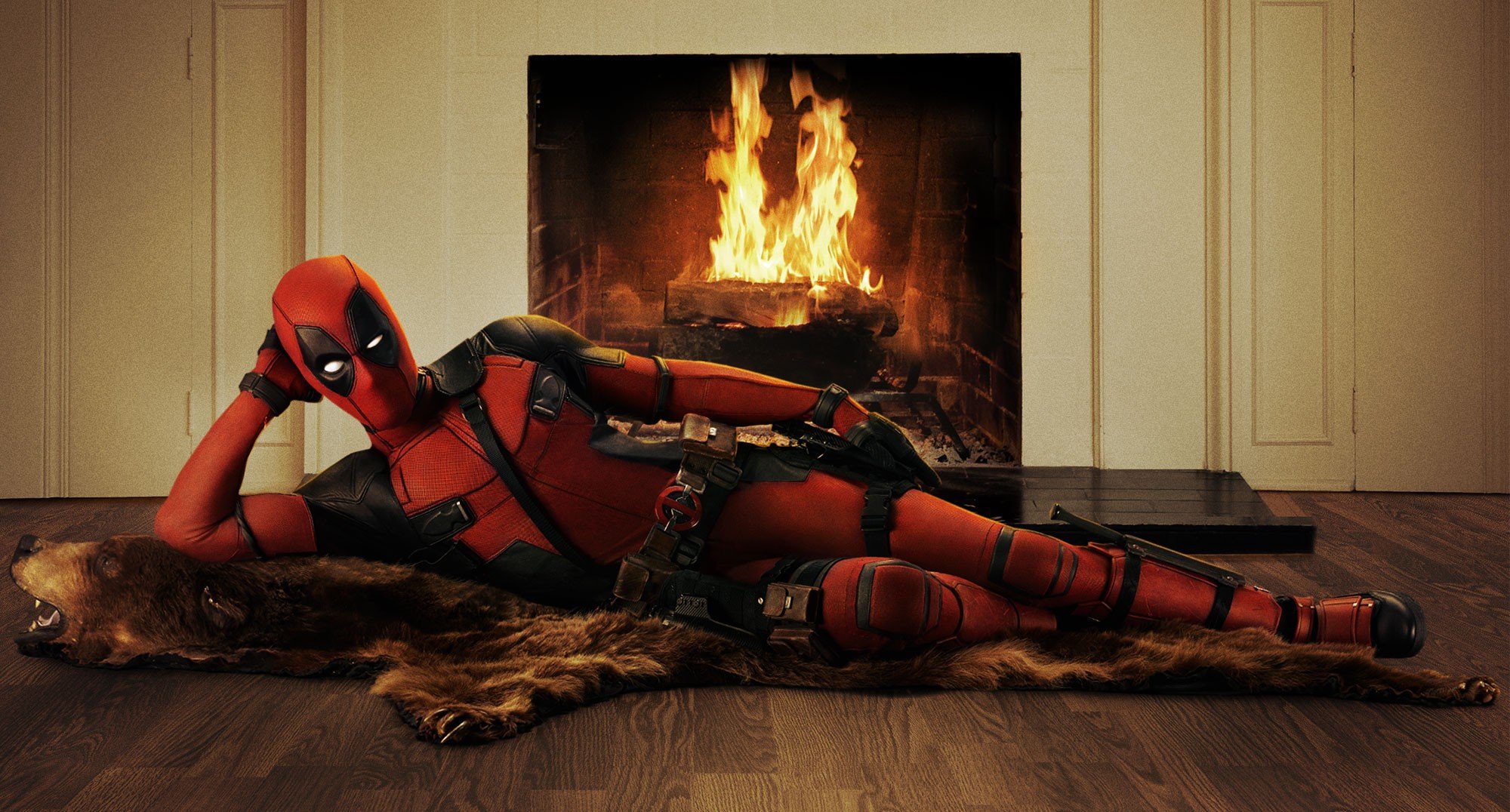 This is one of the many gloriously R rated moments from the Deadpool trailer. Amongst the crude sex jokes, Green Lantern movie digs and over the top blood splatter, the flurry of ‘fucks’ is a clear statement that this isn’t the same company that churns out your family friendly Avengers movies. Yes swearing is not big or clever, but in this case, it’s entirely necessary.

The whole Deadpool movie saga is a pretty long one that dates back all the way back to 2000. Long story short: Ryan Reynolds was the best thing in the bad but not terrible (yeah I said it) ’08 Wolverine movie as Wade Wilson, the alter ego of Deadpool. He then starts on an 8 year campaign trail to bring the movie to the big screen. Whether or not he loves the character as much as he says, or he noticed that Robert Downey JR got $40 million dollars richer playing dress up; is hard to say, but either way the Deadpool movie doesn’t exist without him.

Deadpool is the next step. It isn’t trying to sneak dad jokes past 10 year olds, it’s not for 10 year olds. They may want to see it, but this is the first film to whole heartedly embrace the R rating (15 certificate). 12A/PG-13 is the standard for your blockbuster superhero movie; even films that feature themes clearly above that audience will be cut to achieve the prime 12a rating. This is because more people will see your film. 7-14 year old’s are the biggest market and the success of a movie will depend on that market. They are also the biggest market because they buy merchandise. That’s everything from toys to T-shirts. This years Star Wars: Force Awakens will easily gross over a billion dollars if not two, but however much money the movie itself makes pales in comparison to the astronomical number the merchandise will make. This makes a 12A rating essential.

Deadpool’s R rating shows a major confidence from the studio, that the film is smart enough and has enough appeal that they can cut out that prime target audience and still be very profitable. They are catering to a more specific audience; and while 15 year olds aren’t the most discerning group, the rating means that you enter the cinema knowing that you will be seeing a movie more accurately portraying a mentally ill mercenary wielding twin pistols and katanas.

It means that they can see a change in what the audience want. Kingsman and Kick-Ass both did great business, despite being comic book films marketed towards adults. The change has been happening subtly for a while now. The first Cap film, was fun but a by the numbers superhero film; whereas its sequel Winter Soldier was heavily influenced by 70’s political thrillers. And with the hiring of Scott Derrickson (Sinister) for Marvel’s Dr Strange movie, the studio are going for a horror influenced take on the picture. And with Steven Speilberg’s recent comments about the ‘superhero’ movie genre going the way of the western, evolving is the only way to stop that. With sci-fi, horror and mature takes on these films, arguably the genre is invincible.  And now one of the biggest comic book properties is catering to it’s more mature audience, that can only be a recipe for success.

The 20-30 crowd is made up of people who grew up on characters such as Spider-Man and Iron Man; which is why you’ll likely see grown men and women with their kids on opening day of Avengers, Batman etc. But these are adults, and once the novelty of seeing the toy you used to play with walking around with an oscar winning actors voice wears off, they’ll crave more adult stories. This happened in the comics industry. The 90’s saw a peak in the muscle bound brightly coloured stories of the X-Men, Spider–Man etc, and as a reaction to the primary coloured adventures, darker spin offs such as DC imprint Vertigo kicked off legendary series such as Sandman, Hellblazer and Preacher. Specifically for mature readers only, these comics were for the people who had read the kitschy adventures of Fantastic Four but had now grown up and wanted a more mature take on their fantasy.

These stories were a huge success and resulted in some of the greatest comics ever made, but that didn’t result in the end of the main franchises; there was room for both. So they’ll be space for Deadpool in February AND Captain America: Civil War in May. So right now if Deadpool is a half decent movie and makes the money it’s projected , then you’ll see a lot more of these kinds of films; but as the Avengers train shows no signs of slowing down anytime soon this means we won’t lose one in favour of the other. Which means even more catering to genre movies, making it a wonderful time to be a fanboy. So start saving that milk money…