Last time out we had the broadcaster/filmmaker/writer and everything media related Mr Douglas Anderson. This week we have another Scot, Mull Historical Society’s Colin MacIntyre. 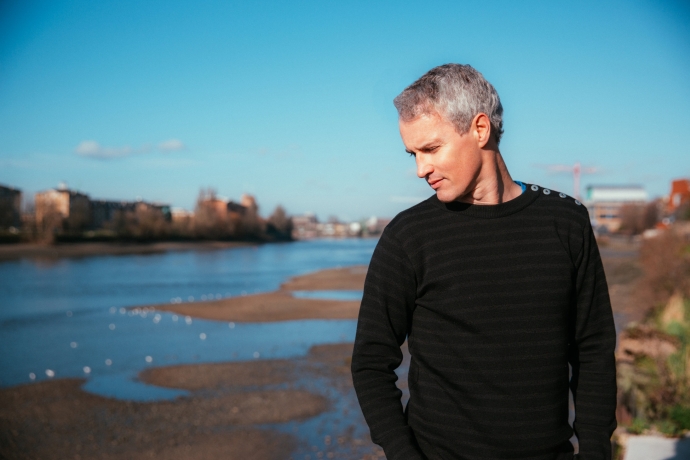 Colin MacIntyre has released seven albums over the last two decades under his name but mainly under his alias the Mull Historical Society. His seventh album Dear Satellite was released last April and featured the single ‘The Ballad of Ivor Punch’ based on the character from MacIntyre’s debut novel The Letters of Ivor Punch, which has gone on to win the Edinburgh International Book Festival’s 2015 First Book Award! MacIntyre is one of Scotland’s brightest talents and creates remarkable multi-genre records that feature pop-gems like ‘The Final Arrears‘ to beautifully crafted ballads such as ‘Your Love, Your Gain‘ and bonkers masterpieces like ‘Ministers For Genetics and Insurance M.P.‘. A talent that needs to be heard, please enjoy his fantasy album choices.

“Great album, great song title. And a band full of ideas which are never afraid to experiment. I feel a kinship of sorts. I was supposed to support them once, maybe next time – I do have a rabbit suit…”

“And only to be enjoyed on vinyl. A master songwriter. In a way, he is representing Bob Dylan and Paul Simon here too, because they have been very hard to leave off.”

“The whole album is so brilliant and arrived like a good kind of punch in the stomach. I saw them in the Glasgow University Debating Chambers quite early on. They trouped through the audience at the end and did a nice line in American Football headgear.

“From the album, Deserter’s Songs. Just class all the way. My 3rd album This Is Hope was recorded in Bearsville, Woodstock, NY. I played this album the whole way up the Catskill Mountains (home of Mercury Rev) on the bus to the studio. The sounds on this album influenced my first album too. And when I got to Bearsville Studio, by the way, Janis Joplin’s mini was still in the garage.”

“Such a sad, but uplifting song. I like those. I need to go off and hear it now. Lyrically, it is perfection.”

“I could have picked the whole album. It just swings. There’s no compromise in the lyrics, all honesty, raw and naked. Dom Morley, who produced my new Mull album Dear Satell ite, has a Grammy for this album. So well done Dom.”

“One of my favourite songs. I’ve played an acoustic version of this one a few times at shows. It’s just soaked in atmosphere and drama. Bassline makes it.”

“What a tune to make you feel like you’re a character in a film, whether in an airport, on a train, on the tube. I suppose the cameras are on you already anyway, so you might as well dream…”

“I wish I’d written it. Sarah is from Denton, where Midlake are from. She was supporting Midlake on the night I first saw them in the U.S. in an unlikely small town just a spit away from the Atlantic — she blew me away. As did Midlake. My wife and I have kept in touch ever since, and she’s playing in London in November.”

“This album influenced my debut MHS album ‘Loss’. Not sure I would have arrived at some of my songs on that album without attempting to inhale this Baroque style. And, I’m obviously cheating a bit here so as to make my track listings correspond, as there are about 25 to choose from!”

“The Trials of Van Occupanther is faultless, from start to finish. Beautiful harmonies. And it takes my fantasy album back to the beginning in a way, to Neil Young.”

*The Waterboys – ‘The Whole of the Moon‘

“Just a great, strangely timeless, anthem. It talks about turrets & Brigadoon, and it means a lot to my family — that’s enough for me.

A fantastic collection of tracks and few of my personal favourites, so I shall allow the cheating. An album that shows the influences of MHS.”

Please enjoy the video for ‘The Ballad of Ivor Punch‘: