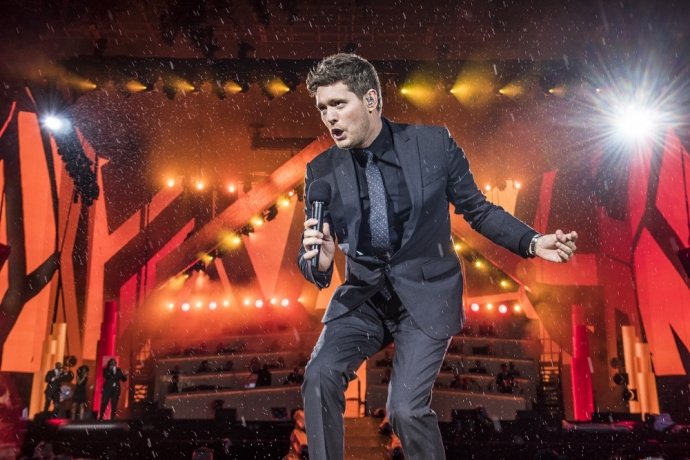 Michael Bublé chose to play his first show in the UK after a two year break at London’s British Summertime Festival in Hyde Park on Friday 13th July. On a date that can be unlucky for some, we went along to find out whether he still has what it takes to entertain his fans.

As torrential rain fell on the park, attendees tried in vain to save their wine and regretted their choice of summer footwear. With a delayed start time and a soaked audience, it felt as though choosing this cursed date was a bad idea, however when Michael walked on stage and began the show with ‘Feeling Good’ and ‘Haven’t Met You Yet’, everyone soon forgot about how damp they were. He even joked that “this is exactly what I imagined the weather would be like!” 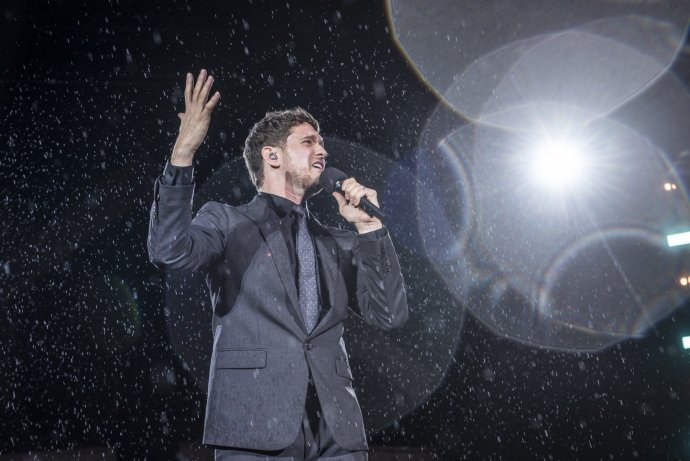 More used to performing in concert halls and stadiums than festivals, the singer songwriter’s smooth but powerful voice carried right to the back of the 60,000 strong crowd, complemented by his extremely talented band. His more upbeat songs such as ‘Crazy Love’ and ‘Everything’ created a brilliantly uplifting atmosphere even in the soggy conditions, with the crowd singing the words back and dancing happily. The dramatic ‘Cry Me A River’ sounded even more so in the rain, whilst even his more laid back songs had everyone captivated. Artists performing new, unknown songs live doesn’t always go down well, however the two new records he previewed were extremely well received. 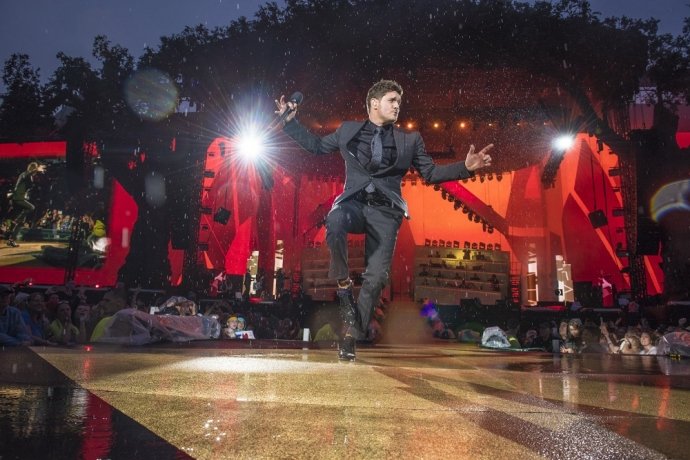 Throughout the show Bublé seemed like the same relaxed, confident and charismatic performer that made him so popular in the first place. He cracked many cheeky jokes and told lots of amusing stories in between songs (as well as admitting he watches Love Island), whilst also messing around with security guards, his band and fans.  It was brilliant to see him look so happy and at home after an extremely tough few years in his personal life.

“Everyone’s favourite Canadian pop crooner is back and better than ever.”

Being the first UK performance since his son’s cancer diagnosis in November 2016, he mentioned many lovely anecdotes about him throughout the show. Just before he sang “Always On My Mind” to end the evening, he brought Noah on stage and gave an emotional thank you to everyone for their love and support. He admitted that there were many moments over the last few years where he thought he would never be back on stage again. As he sang the finale, he looked visibly emotional but still managed to end the song with the most incredible, spine-tingling vocals that confirmed his status as one of the most talented performers in traditional pop. 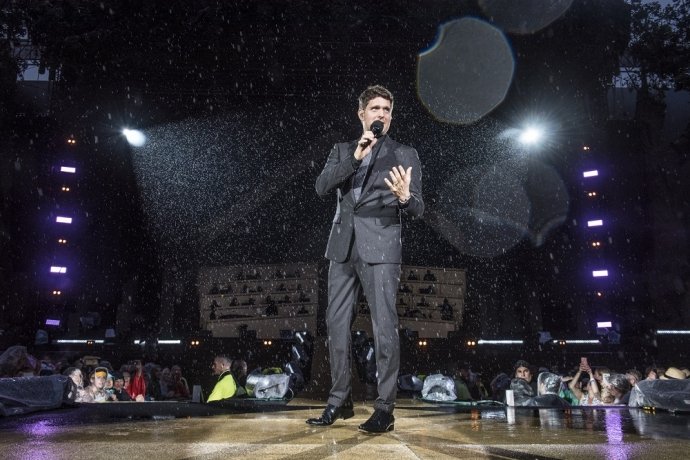 As the crowd chanted “Bublé, Bublé, Bublé” over and over along with rapturous applause as he left the stage, it was clear that his long awaited return had been worth the wait for his fans.  Everyone’s favourite Canadian pop crooner is back and better than ever.

Two years is a long time in the music industry and it’s very easy for artists to be forgotten, however last night Bublé proved that he had nothing to worry about. His ability to captivate and charm an audience remains and we’re very pleased to see him back on stage where he belongs. With a recently completed new album in the pipeline, we hope it wont be long before he returns to play in the UK again.