Marilyn Manson’s debut album Portrait of an American Family is turning 20 years old, and in honour of the occasion we’ve taken a look back at the album, its key tracks, and spoken to guitarist Scott Putesky to talk demos, live shows and more.

Before ‘The Beautiful People’, before Columbine, before the protests, show cancellations and bomb threats, there was a band called Marilyn Manson and the Spooky Kids, formed in South Florida, 1989 – the name would be shortened in 1992. It’s hard to imagine (or remember) a time before Marilyn Manson was a household name, before the man himself became a symbol of fear, hate and, increasingly over the past few years, apathy.

It’s difficult to feel apathetic, though, when listening to Portrait. The opening track is the perfect introduction to early Manson, as he recites the poem from Willy Wonka’s creepy boat ride – an appropriation of pop culture, pointing out the darkness within, the dichotomy of good and evil. It’s like the musical equivalent of a David Lynch film.

The songs start properly with ‘Cake and Sodomy’ and a sample from Marlon Brando in Last Tango in Paris – ‘come on smile, you cunt’. Again, this will inspire anything but apathy. In his autobiography ‘The Long Hard Road Out of Hell’, Manson tells the story of how he ended up in a hotel room in Manhattan, watching public access cable. ‘I spent ages flipping through the stations,’ he says, ‘watching Pat Robertson preach about society’s evils and then ask people to call him with their credit card number. On the adjacent channel, a guy was greasing up his cock with Vaseline and asking people to call and give him their credit card number. I grabbed the hotel notepad and started writing down phrases: “Cash in hand and dick on screen, who said God was ever clean?”’ He describes it as his first real song – ‘an anthem for a hypocritical America slobbering on the tit of Christianity, it was a blue-print for our future message.’ – it’s easy to see why it was chosen to open up the album. It was a mirror held up to America, the outrage came because they didn’t like what they saw.

Next to the lyrics, part of what makes the song so striking is the inventive guitar work, the ringing harmonics of Scott Putesky. Known during his time in the band as Daisy Berkowitz, he had a hand in writing almost all of the tracks on the album, as well as writing and recording the earliest Spooky Kids demos. The band lineup was completed by bassist Gidget Gein, drummer Sara Lee Lucas and keyboard player Madonna Wayne Gacy. There are plenty of rumors about exactly what would happen at early Spooky Kids shows, and with the Miami New Times writing in 1994 that they might feature ‘naked women nailed to a cross, a child in a cage, or bloody animal body parts,’ the facts may have been more bizarre than the fiction.

Beyond the shock tactics, though, their songs caught the eye of Trent Reznor. He took over production duties on the album, which was already well underway with producer Roli Mosimann in Miami. Tracks were rerecorded and remixed with Reznor in LA and the album was eventually released July 19th, 1994. ‘Get Your Gunn’ was the first single, a track inspired by the murder of David Gunn, a gynaecologist who performed abortions, by a ‘pro-life’ activist, pointing out the hypocrisy of their society – ‘Pseudo-morals work real well on the talk shows for the weak / but your selective judgments and good guy badges don’t mean a fuck to me.’

Advertisement. Scroll to continue reading.
Other key tracks include ‘Wrapped in Plastic’, inspired by David Lynch and Mark Frost’s ‘Twin Peaks’ which opens with the discovery of a dead body and the line: ‘She’s dead. Wrapped in plastic.’ Just as the TV show would go on to do, the song explores the layers of dirt suburban America tries to cover up. ‘Sweet Tooth’ shows how the band were able to create an atmosphere, with a tremolo effect on Manson’s voice, while ‘Dope Hat’, with its tom-heavy drum parts, would lay the foundation for Manson’s later work. The theremin, guitar solos and samples make it completely unique, however.

‘Lunchbox’ was the second single, promoted with a video directed by cinema of transgression pioneer Richard Kern and inspired by a piece of legislation in Florida that banned metal lunchboxes from schools in 1972. The song is about being bullied and wanting to grow up to be ‘a big rock and roll star’. It showed Manson’s ambition, while also reaching out to every other kid who felt just the same way.

That’s the great thing about Portrait of an American Family – it’s filled with ideas. Every song on there is about something and has something to say. The music shows its age these days, but the ideas are just as relevant and fresh as they were 20 years ago. Maybe that’s why the album is still met with such high acclaim, recently winning a Revolver magazine poll of the best albums of 1994, beating the likes of Nine Inch Nails, Pantera and more. With a new album on the horizon, and all signs pointing towards a return to form, as well as a string of film and TV appearances, it doesn’t look like Manson’s going away any time soon. As the text on the Portrait disc says – ‘you can not sedate, all the things you hate’.

Click through to the next page to read our interview with guitarist and co-writer Scott Putesky – a.k.a Daisy Berkowitz.

Check out our main stage and zippo encore stage highlights from Download Festival 2018.

Tracks We’re Most Excited About Hearing Live At Download Festival

From a bunch of old school tracks off of memory lane to fantastic newly released bangers, here are some tracks we would love to...

A Round Up Of Our Favourite Music Videos Released In The Past Week Featuring Counterfeit, Don Broco And More

SO many great videos have been released this week from the likes of Counterfeit, Don Broco and more. Here are some tracks we're jamming... 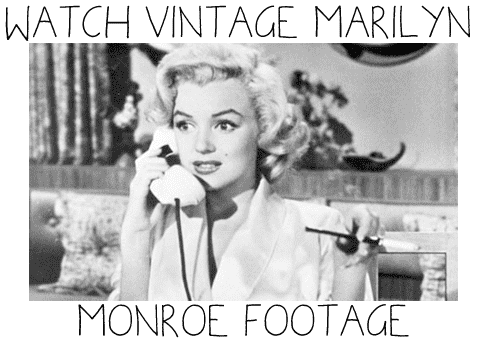 The song is out in advance of his upcoming October album, Heaven Upside Down. Listen to the new track now!