Over the past month or so HTF have been compiling our lists of albums of the year and it’s been really tough. Some of our favourite albums have come out in 2014 and our contributors have chosen their top albums of the year.

Check out our recommendations and congratulations to all the bands on such fantastic album releases. And keep an eye open for our rock editors top 10 albums coming very soon!

1. Marmozets – The Weird And Wonderful Marmozets
I was a bit nervous about hearing the new Marmozets album after the long wait but to be honest, there was nothing to worry about. This band are more than capable musicians and songwriters, who write aggressive, heart pumping songs with unforgettable choruses. The album is full of energy, emotion and completely blew me away. It’s weird, it’s wonderful, it’s Marmozets’ start on conquering British Rock. In my opinion, this album is flawless and more than just a collection of incredible tracks; it’s a musical experience in itself.

1. Royal Blood – Royal Blood
I think the album is so innovative, and one of the best albums for a long while in the rock industry. Although there are clearly some influences, the sound that is created by just two band members are so intense, it’s electrifying. Listening to the album, each track offers something unique, and gives real chills listening to it. The level of playing from both members are insane, and every song you cannot avoid banging your head to. The album provides a real, gritty sound that booms wonderful loud through any speaker.

2. Rob Lynch – All these nights in bars will somehow save my soul
3. Foo Fighters – Sonic Highways
4. Linkin Park – The Hunting Party
5. Rise Against – The Black Market
By Sarah Kempster

1. Issues – Issues
Without a doubt, the debut album from Issues was the best record to be released this year; it is the only album that surprised (and continues to surprise) me. It is one thing to excel within a rigidly defined genre, but to challenge it takes exceptional talent. They’ve done that, and the metalcore scene paid attention.

1. Moose Blood – I’ll Keep You In Mind, From Time To Time
Here’s an album any emo fan needs for their personal collection. Moose Blood have released an impressive debut album that will surely be dubbed a classic in years to come. Having enjoyed a massive expansion of their fanbase since the release, it just shows that the band are getting ready to take over the world. I’ll Keep You In Mind, For Time To Time is raw, energetic, melancholic and honest with a timeless vibe. It’s one of those records that could soundtrack a fun summer roadtrip, but would also be perfect being spun on the record player on a night in. The perfect companion to all of life’s moments; both good and bad.

1. Taking Back Sunday – Happiness Is
Taking Back Sunday are a band who have always been on the edge of my radar but this album rocketed them to being one of my favourite bands. It has everything you need, from slow emotional tracks to songs you have to move to.

1. The Gaslight Anthem- Get Hurt
Gaslight Anthem teamed up with Arctic Monkeys and the 1975 producer for their fifth studio album. The release is a departure from their heartland rock days, giving subtle nods to the likes of Bon Iver on ‘Underneath The Ground’ and The Rolling Stones on ‘Stray Paper’. Get Hurt is an honest, sophisticated album, signalling a complete change in direction for a band who, just last year, almost broke up. It is a valiant return to form from our favourite Jersey boys.

1. Neck Deep – Wishful Thinking
In a scene dominated by American bands pop-punk was crying out for a UK ambassador. Step-up Welsh quintet, Neck Deep, who not only schooled their peers from across the pond, but also crafted one of the finest debut pop-punk records ever. Wishful Thinking has bounds of enthusiasm, bouncy rhythms and enough hooks laced with wistful lyrics to permanently imprint on your grey matter. It’s no surprise the U.S have took to them like a seagull on chips.

2. The Xcerts – There Is Only You
3. Marmozets – The Weird And Wonderful Marmozets
4. Architects – Lost Forever // Lost Together
5. Set It Off – Duality
By Antoine Omisore

1. Issues- Issues
Frontmen Tyler Carter and Michael Bohn left Woe, Is Me, and immediately threw themselves into a musical project unlike any other. The distinctive blend of Tyler’s R&B vocals, Michael’s smoky screams, and DJ Scout’s unique way with melodies and styles, make Issues’ self-titled quite an outstanding accomplishment for the still, very new band. The album is quite eclectic; some tracks are really heavy, while others are more on the pop side, but most of the songs are really emotionally driven. Their debut album truly makes Issues stand out from other bands in the scene.

1. You Blew It! – Keep Doing What You’re Doing
This was the second album from Florida’s You Blew It! – specialists in emo indebted to the 90’s math-tinged scene. As a follow up to 2012’s Grow Up, Dude, Keep Doing What You’re Doing has more of everything, more hooks, more production, more distortion, more shouting. It’s a great evolution from a great band.

2. Joyce Manor – Never Hungover Again
3. Modern Baseball – You’re Gonna Miss It All
4. Coldplay – Ghost Stories
5. Weezer – Everything Will Be Alright In The End
By Jamie Batty

1. Of Mice & Men – Restoring Force
Restoring Force is very much an evolutionary album for Of Mice & Men. It’s helped them become a more accessible band, yet at the same time not losing the breakdowns, and the aggressive screams from Austin Carlile, which the band has become known for. They’ve purely added to their repertoire, and what they’ve created is something incredibly infectious and heavy at the same time. Restoring Force is also incredibly varied in what it’s attempted. You’ll never become bored or exhausted with the same sounds over and over again, it’s clear that a lot of thought went into writing this album, and it’s paid off fantastically. Think of this as a launch pad for Of Mice & Men to really rocket up in people’s expectations.

1. The Ghost Inside- Dear Youth
Some seriously accomplished songwriting and an innovative take on their already unique sound. The album is a collection of filthy underground riffs, intense breakdowns and beautifully eerie introductions. Half way track ‘Phoenix Flame’ could be an ambassador for this album as it clearly demonstrates the bands ability to adapt to change and do it incredibly well. This album is what i’ve personally been waiting for since the day after ‘Get What You Give’ was released back in 2012. I am happy.

1. Mariachi El Bronx -III
I’ve heard a lot of albums this year but none that touch this! They are like no-one else out there (unless you live in an area that has lots of Mariachi music but you get what I mean). It is pretty close to infallible. It is actually beautiful. The music, the vocals, the whole package is just perfection. It’s one that tugs on the heartstrings. If you haven’t heard it yet get out there and buy it now.

2. Every Time I Die – Parts Unknown
3. Body Count – Man Slaughter
4. Rancid – Honor Is All We Know
5. Chuck Ragan – Till Midnight
By Michael Baird 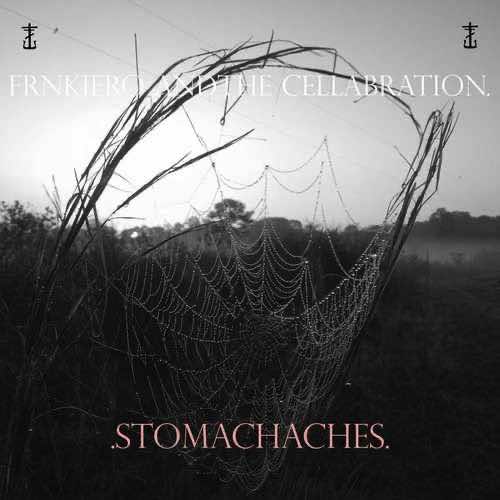 1. Frnkiero andthe cellabration – .stomachaches.
After the crappy end to My Chemical Romance, Frank Iero seems to have landed on his feet again. .stomachaches. is an amazing album without all the fake and forced themes MCR used to put out. And Frank hasn’t played on his fame post MCR, he is starting at the bottom and working his way back up. This is better then anything Frank has done before and I’m really looking forward to where all of this is heading.