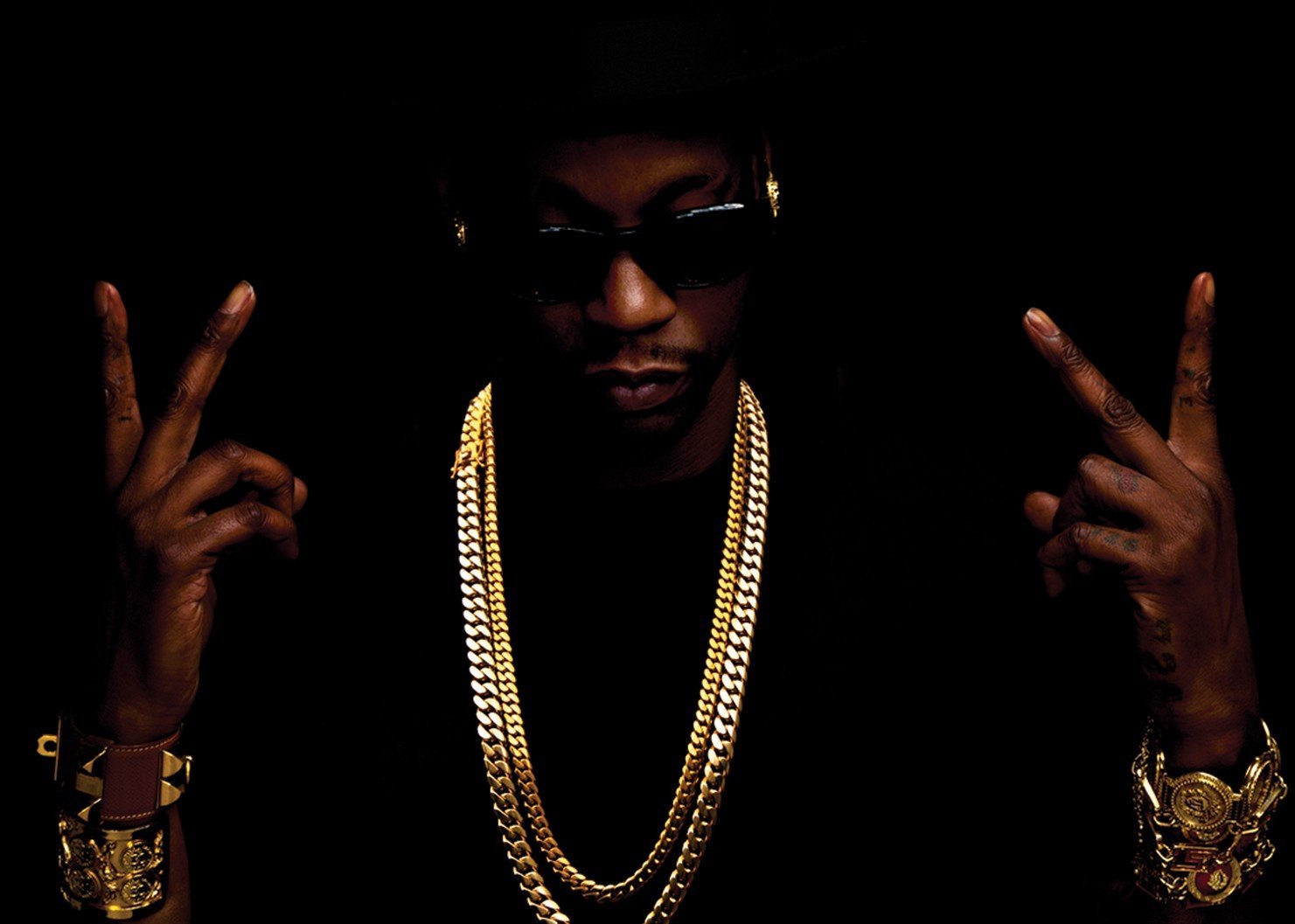 Every time a rapper wears huge chains I think to myself, “Damn! Those must be so heavy. Doesn’t it ache their necks?” Apparently one rapper by the name of Plies actually fractured his neck in 3 places due to wearing a massive 7 kilo gold chain. Whether this is true or not is unsure as there seems to be mixed reports but either way, it got me thinking. What is the limit?

One man known for his chains is the legendary 2 Chainz. He’s so well known for wearing 2 chains that once he wore 3 and the whole world went into shock! He’s been known to rock a number of shapes and sizes and has even been known to sport a 4 kilo gold cuban. But, how many chains is too many chains for 2 Chainz? How many chains would literally snap his neck? I decided to try to find out.

Now first thing we need to know is how much weight the human neck can take. Human biology has never been a strong point so I decided to ask a close friend of mine who happens to work in the medical field.

“The answer is there is no singular answer. The amount of force needed to break a neck bone is different from person to person, as everyone has different bone density, supporting musculature and so on. It also depends on the position of the head and neck when the injury happens. For example, when the neck is slightly bent forwards or back it is much more vulnerable to injury (such as being weighed down by heavy chainz). The mechanism of trauma also plays into effect.“

Would my mission be over already? Luckily he had something that might help. He told me about a chart known as the ‘Table Of Drops’. This is basically a guide created to work out the rope length to successfully hang a person to death.

The table was created back in 1886 after a guy by the name of John ‘Babbacombe’ Lee suffered a series of failed hangings. A committee was then formed to work out the most effective method. This table was then updated again in 1913.

By knowing 2 Chainz’ weight we could use the table to estimate the amount of force needed to snap the neck for instant death and use this figure to possibly work out what we need.

With a bit of research is seems that 2 Chainz weighs approx 190 lbs (86kg) so let’s check the chart and see how much force we are going to need to hang 2 Chainz (Sorry 2 Chainz! This is purely for science) 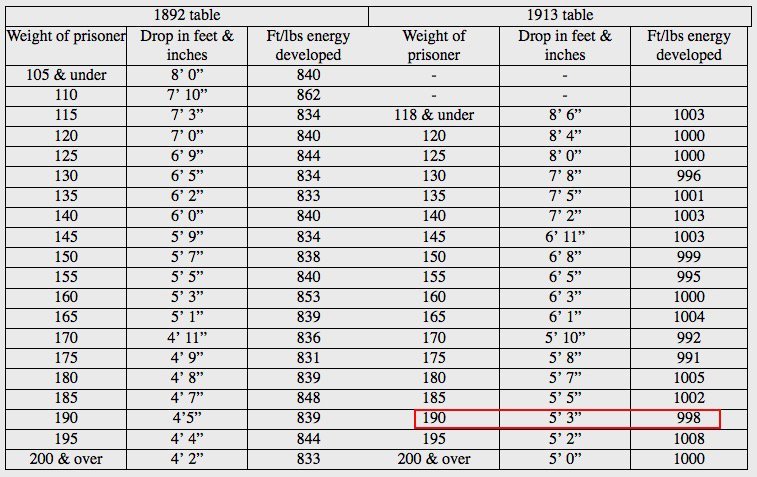 So we can see from the chart that we would need to have a drop of 5ft 3″ and, most importantly, it would take 998 foot-pound of torque to fully snap the neck and hang him to death. Now there’s a fact you can bring up at your next party!

What we need to do now is to calculate how many chains worn together would create that same force on his neck.

So, continuing on, the next thing we needed to find out was the weight of the average chain. From trying to match the chains on the front of his Based On A T.R.U. Story album the nearest match would be something like a 13mm Gold Miami Cuban Link 18K Chain. #SWAG

Time for some maths, get ready! Now, 1 ft/lbs of torque is equal to 1lbs of weight dropped from 1ft of height. Let’s hope my limited maths skills are correct.

So we now know (hopefully) that if 2 Chainz somehow managed to put on 1160 chains at once from a 1ft height (god knows how this is possible), his neck would snap and he would die instantly. Result!

At this point I had a another thought though, “Could he even hold that weight?”. Turns out the heaviest weight lifted by a human is 1155lbs (523KG). As 2 Chainz is far from the worlds strongest man he is going to crumble to the ground before even reaching the 1160th chain. He just couldn’t take the weight. The average weight a man can lift is 155lbs so that brings the number down to a around 180 chains that could even possibly be worn with 2 Chainz hitting the dirt. Unless he is already on the ground and people are just putting them round his neck. Would be a bit of a sorry sight though. 2 Chainz is too cool for that kind of shit.

We also need to take into account that as the amount of chains worn increases this will put more strain on to the neck and therefore it could start to cause fracture. Depending on 2 Chainz’ bone strength this again makes it extremely difficult to accurately measure. If we assume the rumour about Plies 7 Kilo (15 lbs) chain causing fractures has some element of truth to it then we can estimate that neck problems could start around the 17th chain mark although Daddy Yankee has since had a mighty 10 kilo chain for his music video ‘La Rompe Carros’. We doubt he wore this for more than a few scenes though unless he’s insanely stupid.


So let’s sum up what we have learnt. As my medical friend said at the start, there are way to many factors to be 100% accurate but, I think we can at least make some good estimates.

Now that’s 6 hours of my life I’m never getting back!

Note: I can not guarantee this article is medically accurate or even if my maths are even slightly correct. Don’t try this at home. Chain safe kids!