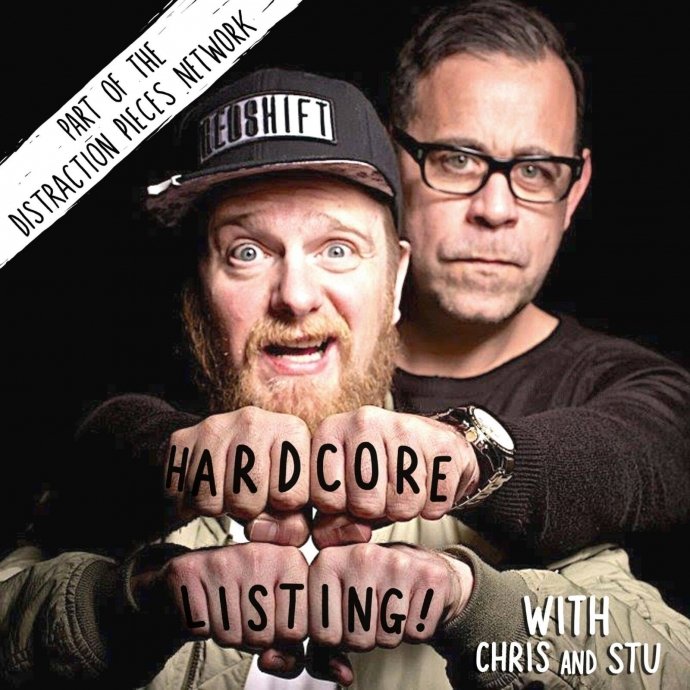 Welcome to the world of Fantasy Albums where music fans are put to the test to decipher their ultimate collection.

This month’s fantasy album has been curated by podcaster/DJ and promoter Stuart Whiffen.

Stuart Whiffen has been DJing for over 25 years and is best known for spinning the decks at the legendary Pink Toothbrush in Essex and being a co-host for the Hardcore Listing podcast with Christopher Glassen. Hardcore Listing came off the back of Scroobius Pip’s infamous Drunkasts and sees Chris and Stuart Whiffenu chat with each other as well as a host of special guests including Fun Loving Criminal’s Huey Morgan, Boxing legend Frank Bruno and Deadpool star Ed Skrein and ask them for their Top Fives! This could be top guitar players, top five crisps or even their weirdest gigs.

Track One: Six By Seven – So Close

“Such an underrated band, that never got the recognition they deserved! This is just a beautiful powerhouse of shoegaze and rock and also has my favourite lyric ever “so close to being more than I’ve ever been”. ”

Track Two: The Walkmen – The Rat

“This knocked me sideways when I first heard it. It sounds like nothing else and the drums just travel at a rate that would destroy most drummers. My old band supported their previous incarnation Johnathan Fire Eater and they were off the scale great too and well worth a listen.”

“There was so many Pixies tracks to pick from and I adore them all, but Doolittle is still my favourite album of theirs and this is suck a killer tune!”

“How can you ever pick a stand out track from The Beasties ? Paul’s Boutique is a cracking album and the combo of the Mayfield loop and their delivery knocked this one straight into my Top 10.”

“For me, this is a pure indie banger. As a DJ for 20 odd years, this has never left my record bag. Stereolab are an incredible band, but for me the energy that this thunders along at just hits the spot every time. There is a YouTube performance of this on The Word from back in the day that is fantastic.”

“Very possibly my favourite album of all time, which made it even harder to choose one single track from it, but as you know Mercy, Mercy Me is such a beautiful moment on this masterpiece.”

Track Seven: Alberta Cross – The Devil’s All you Ever Had

“My friend Paul, who worked with me many years ago was a huge muso and we would argue and rarely agree on anything new or come to think of it old too. But he played me this and it cut deep instantly. The vocals are beyond beautiful and when the chorus drops….wow…..i’m actually getting goosebumps just thinking about it.”

“Managed to see Brian Wilson and Al Jardine perform Pet Sounds last year and it was incredible. As I’m sure is the case with so many music lovers this album is the closest thing to perfect. God Only Knows is everything a love song could ever want to say and the vocals and arrangement of from another world. When I saw him perform this, the room was fell silent and I found myself surround by hundreds of middle-aged men all trying to hide their tears. Perfection.”

Track Nine: The Smiths – There Is A Light And It Never Goes Out

“Whatever people’s thoughts are on Moz and the things he says, this choice is based on The Smiths and the incredible output they delivered in a very short space of time. I adore this band, which made is that much harder to choose a standout moment, but I went back through my favourite Smiths tunes and it was the string arrangement at the end of this track that confirmed this would be my number 9.”

“REM have always been one of my favourite bands and I adore everything from Murmur to Monster. As a band they evolved and developed with every album throughout the 80’s and by the time Out Of Time dropped in the early 90’s they had become one of the biggest bands in the world and this track is my personal highlight on that album. I believe this is also Stipes’ favourite track in their catalogue and that rings true if you ever got to see this performed live. When his voice cracks as he screams “it’s crazy what you could have had” it sounds like someone is trying to pull his heart through his chest.”

Another brilliant fantasy album that includes many of my own faves. What would you have on yours? Let us know on our social media.

You can catch Stuart Whiffen and Chris’ Hardcore Listing podcast on Acast and itunes or watch their live shows here.

Here is a recent live recording with Gail porter and Jenny Natasha: