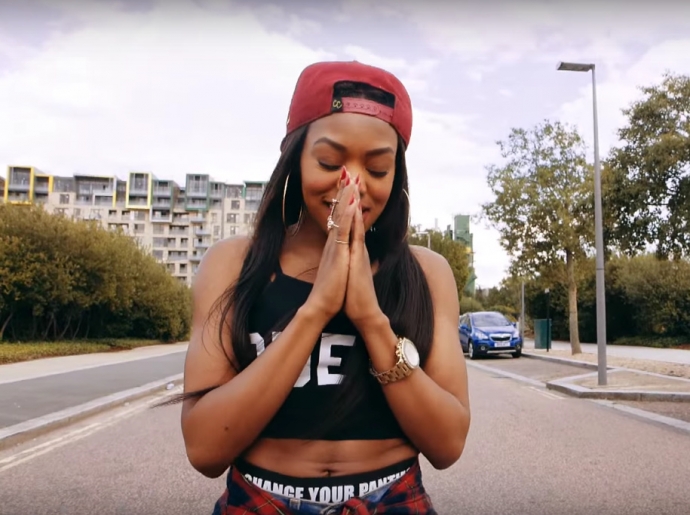 The UK rap and grime scene is ever-growing and has a bigger global audience than it ever has. From Skepta to Little Simz to JME, fanbases are getting larger and the demand for British urban music is growing. Cue Birmingham born Lady Leshurr. In less than 12 months, the 26 year old has blown up the rap world with her freestyle series ‘Queens Speech.’ The four-part release studies topics such as personal hygiene (Brush your teeth!) amongst other more serious matters – sometimes funny, sometime rude and most of the time, dead-on. Each track was uploaded to Youtube with a single take video, gaining 15 million hits across all four.

However there is something very wrong. When Lady Leshurr’s success is discussed, she is to be included on lists of “Best Female Rapper Tracks of 2015” and “Best British Female Rappers.” Would you call J.K Rowling a female author, or Nicola Sturgeon a female politician or Beyonce a female musician? Is Lady Leshurr’s gender so significant in her work that it is to be shoe-horned into her professional title?

She has voiced her own opinion on the same topic.  She said that “We don’t get classed as just ‘rappers’, we get classed as ‘female rappers’ – like you’re good for a girl.” Go ahead, google search ‘rappers’. They are all focused on men aside from one Billboard entry near the bottom which is called ‘Ladies First: 31 Female Rappers Who Changed Hip-Hop’. Rather than including females in universal rap rankings, separate lists are created and separate articles are written. This is either because it is felt that the two genders shouldn’t compete, or that there is no competition in the first place.

But is it deeper than that? In a 2013 interview with the Guardian, Leshurr protested that the Hip-hop music industry fundamentally doesn’t know what to do with women. She notes that record labels were buzzing around her after hearing her demos, but they were all trying to change both her image and sound into the stuff we always see and hear. Leshurr was even approached by Atlantic Records from the USA, but only because they wanted her to record a diss track towards Nicki Minaj.

“I realised from then that the industry doesn’t actually know what to do with females as far as marketing and getting them out there goes. It felt like their best strategy was to pit females against each other. The media tries to make some imaginary beef happen, and I just hate it. I’m all about female empowerment – I’m a representative in it so I’m never gonna put a female down. I’m never gonna be in beef over silliness.”

We all know that it is dog eat dog out there in the music industry, but there may be some truth to what Leshurr says. Lil Kim vs. Nicki Minaj, Azealia Banks vs. the world, Trina vs. Khia. Ring any bells? Rap music is supposed to be passionate, soulful and sometimes angry, but why are some women involved in it made out to be vicious bull dogs?

For more answers to this question, we could take a look at misogyny in hip-hop culture, as I believe this is where it starts and ends. My stance is that misogyny in hip-hop originated as a way of proving masculinity. Generation after generation it appears that these ideas have been internalised and now using derogatory lyrics is not only a way of authenticating yourself as a rapper, it is a way of achieving commercial success. It was, and continues to be, a vicious circle.

With that in mind, you can see how the top levels label owners struggle with signing a female up and comer. If they have spent the last year, five years, 10 years releasing misogynistic music by men, then where does that leave our talented young woman? She is destined to become embroiled in fictitious battles with other women so as not to threaten their male fellow musicians, cavort around in a bikini, or release a few tracks about female empowerment, identifying and cornering herself as being female in a male dominated environment.

Clearly there are many exceptions to this rule. (I’m looking at you Lauren Hill, Missy Elliott and Mary J. Blige). And in no way am I stating that women should be scattered into trending rapper chart lists simply to provide a female presence. But these women are brilliant, talented musicians and they deserve to be recognised and included.

There is no reason why, in modern-day 2015, we are still saying female rappers. Why can’t we use the blanket word ‘rappers’ to define just that. Let’s ditch the gender tag in hip-hop music.