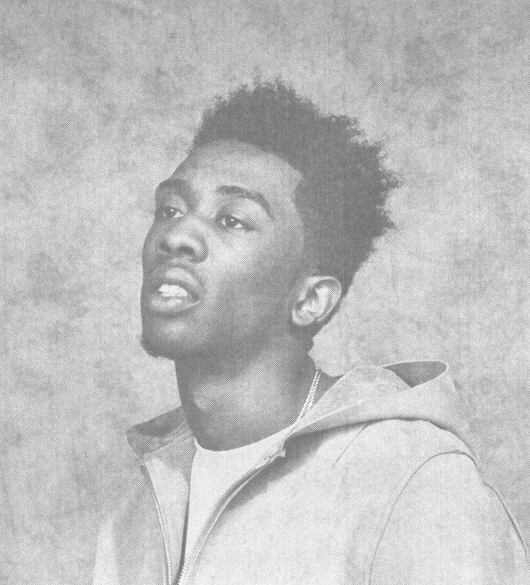 Earlier this year, Brooklyn rapper Desiigner took the music world by storm with his debut single ‘Panda.’ After the single reached number one, fans soon anticipated a follow-up from the 19-year-old artist which has finally arrived entitled, ‘Tiimmy Turner.’ It’s been over a week since the complete version was released online, and fans can’t agree on whether they love or hate the track – including us.

Desiigner first blew up thanks to Kanye West sampling/remixing the infamous ‘Panda‘ for his track, ‘Pt. 2‘. Around this time, Desiigner was signed to G.O.O.D Music and, endorsed by some of the biggest names in rap, ‘Panda’ reached number one on the Billboard Single Charts in April 2016. As Desiigner saw instant success, people were soon comparing him to Future, proclaiming him a “knock-off version” through memes and others forms of social media. It’s hard not to see the comparisons, but the bitterness came from the fact that Future had never reached the number one spot on the Billboard single chart, unlike Desiigner.

The #Futurehive was disturbed, and they were using the tarnishing brand of a one-hit-wonder to describe Desiigner’s career; cue his debut project, New English. The project dropped around the same time as Future’s collaborative mixtape with DJ Esco entitled, Project E.T. (Esco Terrestrial). If it wasn’t for Desiigner’s distinct signature noise of “Yeah, yeah, yeah, yeah” or “Git, git, git, git” or “Brrrraght” it would have been impossible to separate the projects.

Surprisingly, both projects hype were short lived with the introduction of Desiigner’s latest single, ‘Tiimmy Turner’. This follow-up track to ‘Panda’ had a lot of anticipation surrounding it from a large part of the music world; fans wanted another taste and haters just wanted to hate. Like ‘Panda’, ‘Tiimmy Turner’ has a simple, but an infectious hook that was heard first in his XXL Freshman Freestyle; which again saw a split opinion among fans, and it’s not changed since the official single release.

Desiigner shared snippets videos of the single’s progression in the development stages as it received a gothic and haunting trap-beat, produced by Mike Dean. Now, the final product is out, and the stigma that surrounds Desiigner’s style was always going receive strong opinions from critics, fans, and more or less the whole Hip-Hop community purely because of his quick success. One thing is clear from the initial listen; this is not a conscious track that’ll overtake Killer Mike’s ‘Regan‘ in the Hip-Hop history books, but that clearly wasn’t the intention.

The track is a feel good, screwface, club-banger that captures an atmosphere, rather than expressing a message. For some reason, this sub-genre of Hip-Hop that Lil Wayne started, and the likes of Future and Young Thug defined, gets attacked from both sides; within rap, and outside. People quickly judge the sound without understanding the music. The lack of substance in the lyrics receives the cliche statement of “It’s hard to understand what they’re saying.” What they fail to comprehend is the simplistic lyrics make way for the aggression and environment the instrumental brings; in the same way, Tame Impala does in the extended outro of ‘Let It Happen’; just the rap equivalent.

Appealing to a mass audience, Desiigner can frustrate the more traditional Hip-Hop fans who judge the music on lyricism more than the instrumental. However, this should be celebrated rather than criticised. Like other genres of music, Desiigner becomes a gateway into Hip-Hop and, through his association – being from Brooklyn and a member of G.O.O.D Music, leads a new, wider crowd to the figureheads in Rap.

Is ‘Tiimmy Turner’ genius? Well, yes considering the hook stays in your head, and it’s hard to take the song off repeat. Is it genius in the sense of being conscious, sharing a message or moving the culture forward? No, we have rappers like Kendrick Lamar, Kanye West and many others at the moment for that side of Hip-Hop. Although the style is simplistic, embrace the art form rather than neglect it, feel the energy from the aroma the track gives, and finally, just chill the fuck out. This commercial side of Hip-Hop is for the people who just want to feel thick bass and zone while enjoying their vice.