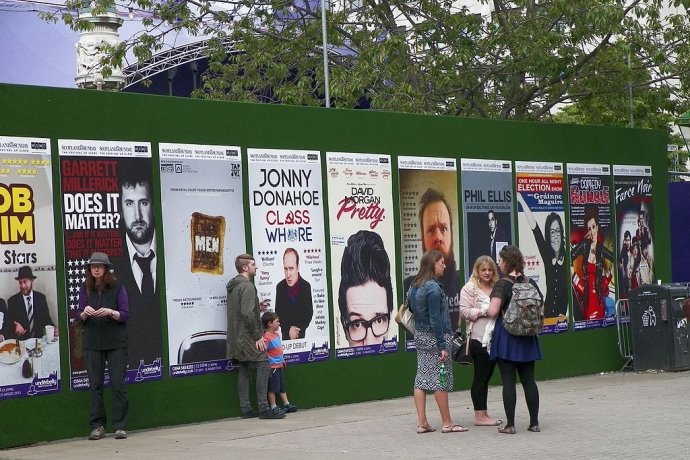 It has been 70 year since the very first Edinburgh Fringe Festival. In the same year Madrid’s Barnabéu Stadium was opened and such superstars as David Bowie, Arnold Schwarzenegger were born; and boy have they changed through the years and so has the Fringe. From a dozen shows a day back in 1947, there are now over 500 comedy shows to choose from.

Each year more and more comedians travel from all around the world (well the countries that are at least fluent in English) to sell their comedic wares to the thousands of punters who trudge the never ending hills of Scotland’s capital nearly everyday in August.

The festival has become a fantastic starting block for so many comedians careers – the likes of Dudley Moore, Emma Thompson and Steve Coogan all found early acclaim at the festival. Last year, Richard Gadd and Scott Gibson won the best show and best newcomer awards respectively, but who will be discovered this year? 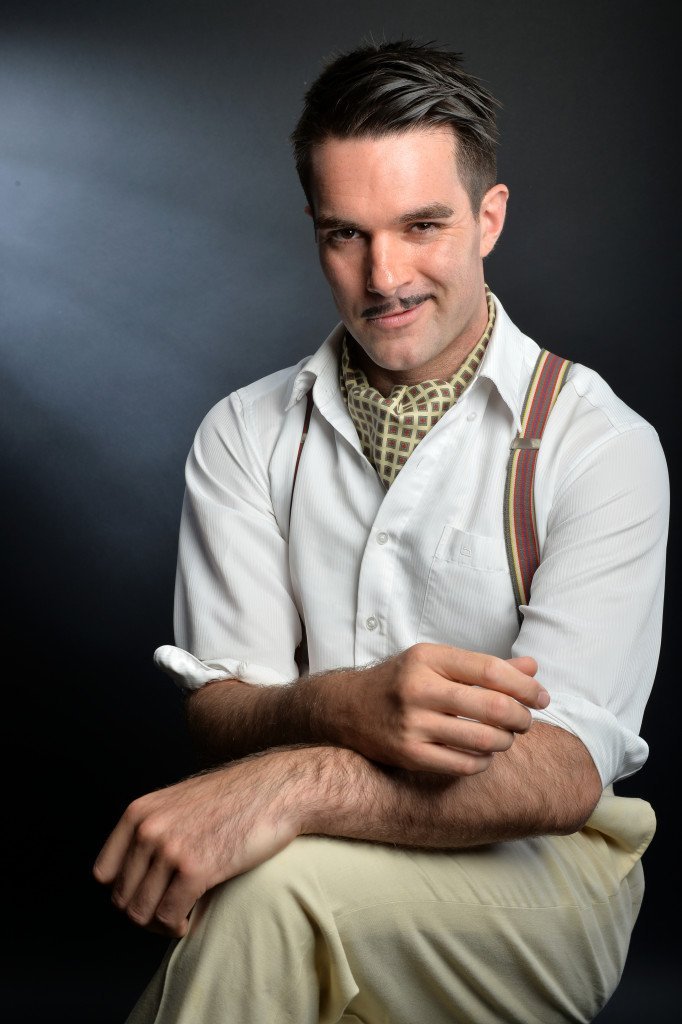 “It is a stand up comedy show featuring my favourite character, Troy Hawke. Troy is a home-schooled 1930’s throwback, (think Errol Flynn/David Niven unleashed on today’s society), attempting to bring some sense to the wilful futility involved in modern day political conversation. It’s on at 7pm at Maggie’s Chamber (Free Sisters, Cowgate) from 3rd-27th August and is the sharpest, funniest show I’ve written to date. And it’s pay what you want!

Obviously that’s my first recommendation. I’ve been given a massive room this year and am desperate to fill it, but I can guarantee you’ll enjoy it. Check me out on Facebook “ 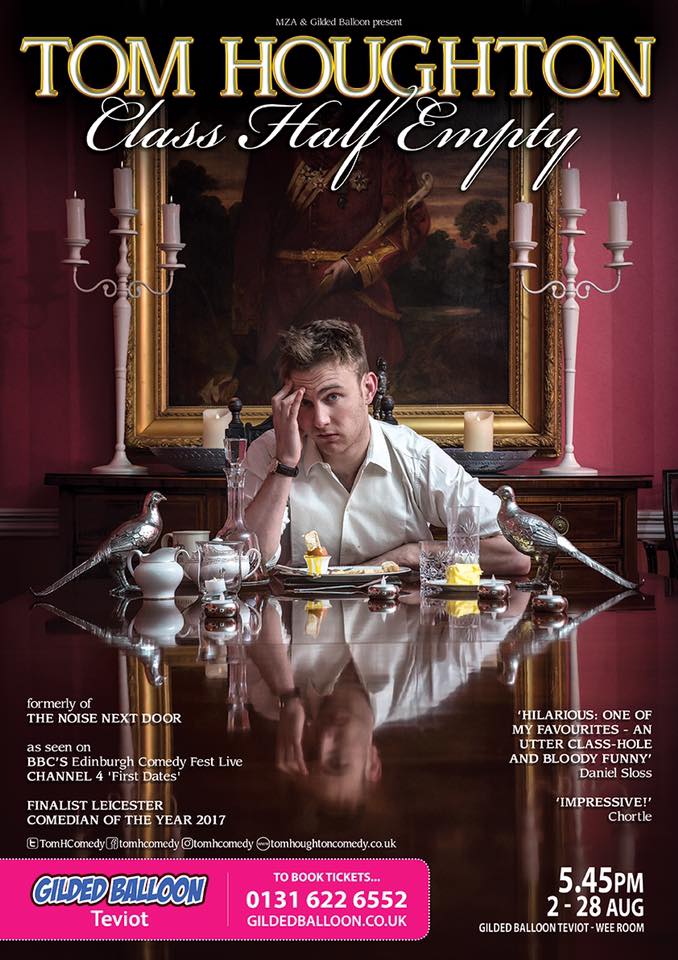 “Tom is making his debut this year and is offering a very interesting comedic perspective: that of a genuine, self-proclaimed posh twat. I’ve seen a preview and it’s a warts and all, disgustingly honest and hilarious account of his life that has up to the point, ended up with him living in the Tower of London.” 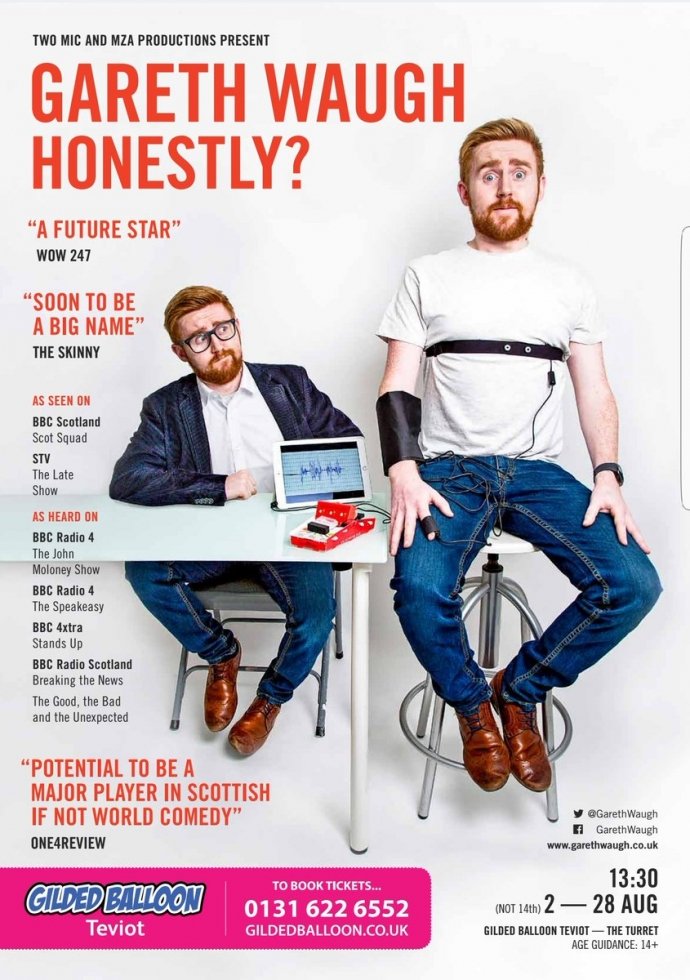 “Concept show from a brilliant Scottish comic who’s work I’ve just got to know…this is his debut show and will feature this cherubic flame haired treasure lying his face off. So watch  then go and see Troy!” 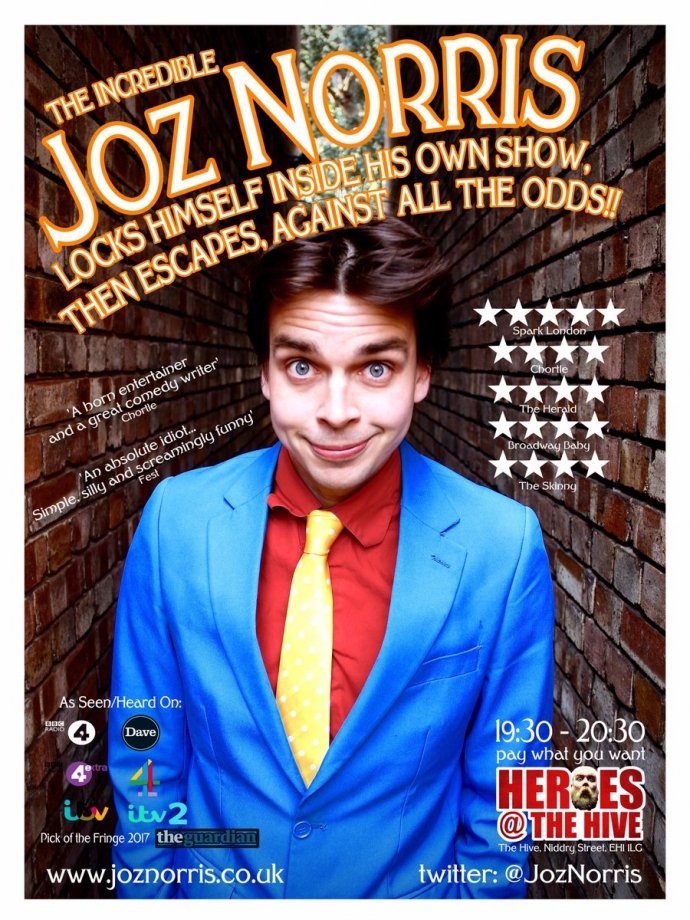 Joz describes the show as sort of a kaleidoscopic nonsense piece with a bit of storytelling and a bit of stand-up and a bit of puppetry exploring anxiety and isolation while trapped inside a giant web. Because, why not? 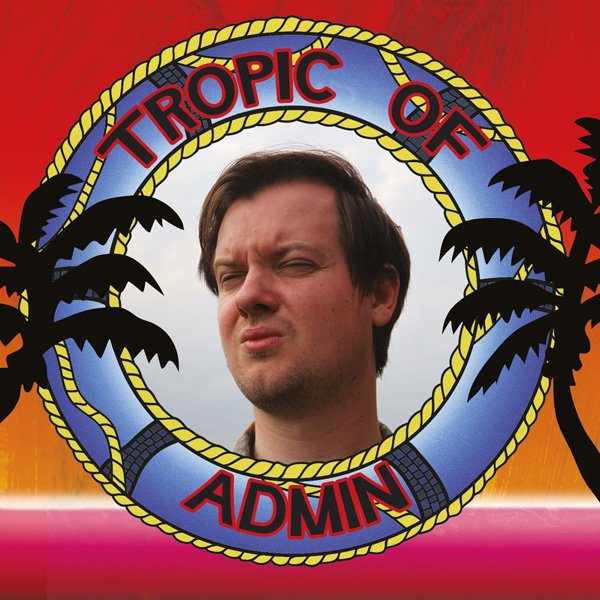 “Andy might be a familiar face to fans of the alternative comedy scene – he’s had roles in several projects from Weirdos Comedy over the years (who can forget his turn as Violent Mike in last year’s Weirdos Panto?), is a regular at This Is Not A Cult and has been seen at Knock2Bag and others. His approach is endlessly inventive and unusual – sometimes he’ll shout out his strange, dreamlike, bitter little poems, other times he’ll just sit onstage and make the audience watch him listen to Tropicalia music. Then there’s his work with Consignia, a sketch act consisting of Andy, Phil Jarvis and Nathan Willcock, whose show last year was one of the strangest, most impenetrable and occasionally horrible things I’ve ever seen. Andy is a man dedicated to the interesting and the unusual and I’ve never seen him perform except on his own terms. His show this year sees him play the role of an award-winning office administrator stranded on a desert island trying to organise an escape by running a training course. It’s a glorious premise and I can’t wait to see it.” 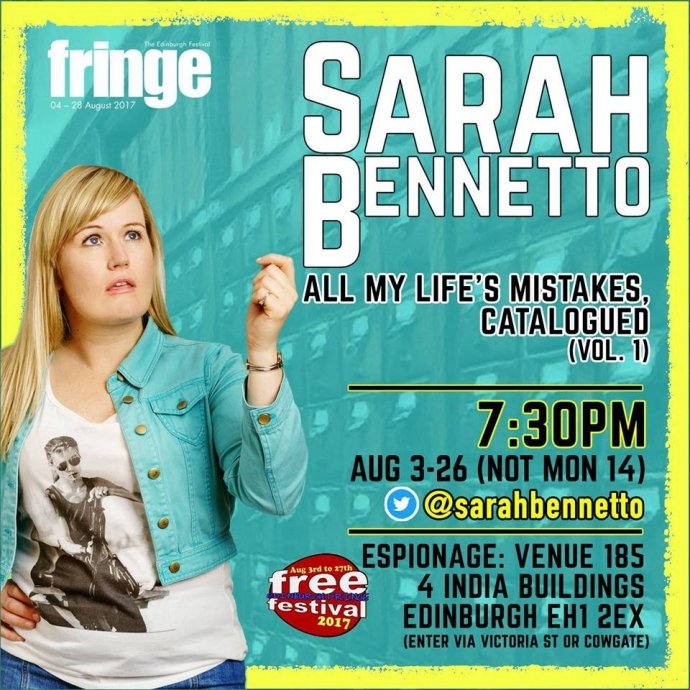 “My new show is an actual list of my actual life’s actual mistakes. All of them. It’s a catalogue of my clumsiness, faux pas and dumb decisions. And heads-up: I’ve just had to buy 27 rainbow donkey piñatas for the show. And more than that: I’m taking them all up on the train from London, like some kind of lunatic and her menagerie. God help me. And God help my Edinburgh flatmates. (the 27 rainbow donkey piñatas is now on the list of dumb decisions).” 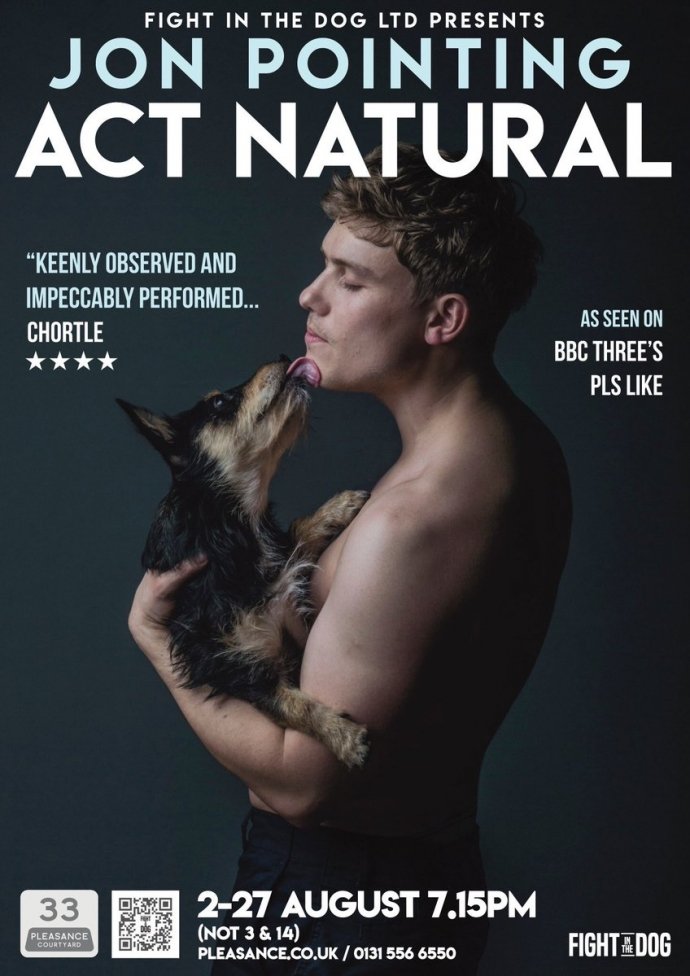 “Jon has an amazing character called Cayden Hunter, a pompous drama coach. I have seen early incarnations of this show and wept with laughter. It’s a show I have willingly sat through several more times, too. Which is saying a lot for a busy, easily-bored comedian. Absolutely marvellous stuff.” 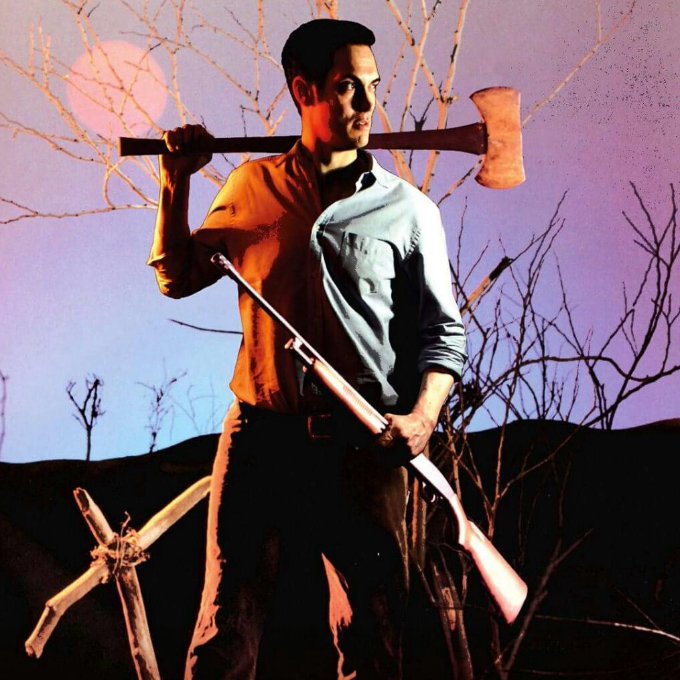 “Everyone’s talking about the Rob’s Elvis Dead show. The hyperbole from fellow comedians at preview festivals has been remarkable. I have to see it before he goes supernova and turns to hard drugs and gambling. Stay strong, Rob Kemp.” 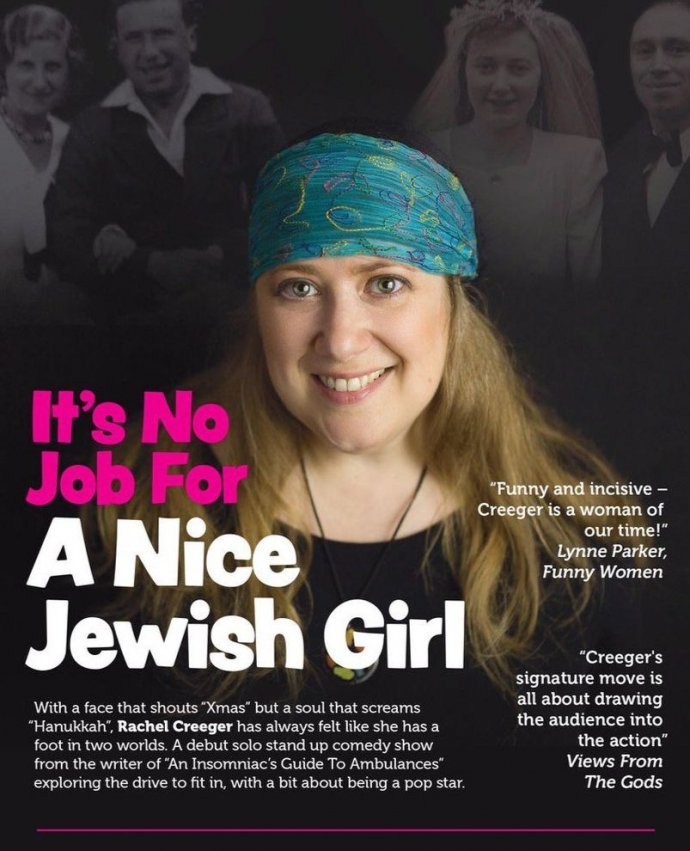 Rachel Creeger: ‘It’s No Job For A Nice Jewish Girl‘

“Rachel is an interesting newer comic who’s taking her debut show up to Edinburgh Fringe this year.  She runs a great comedy club in north London and is hugely supportive of fellow comic talent, and now it’s her turn. Go, Rachel!” 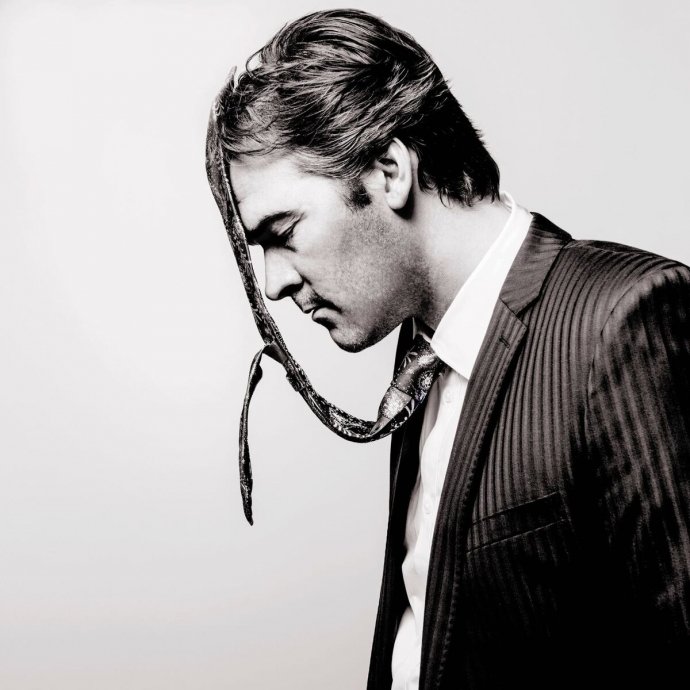 “Adam describes his new show as “my life’s work. My masterpiece. I honestly believe this Edinburgh hour of rip-roaring character comedy flavoured faff might just be my greatest achievement. Or not.” 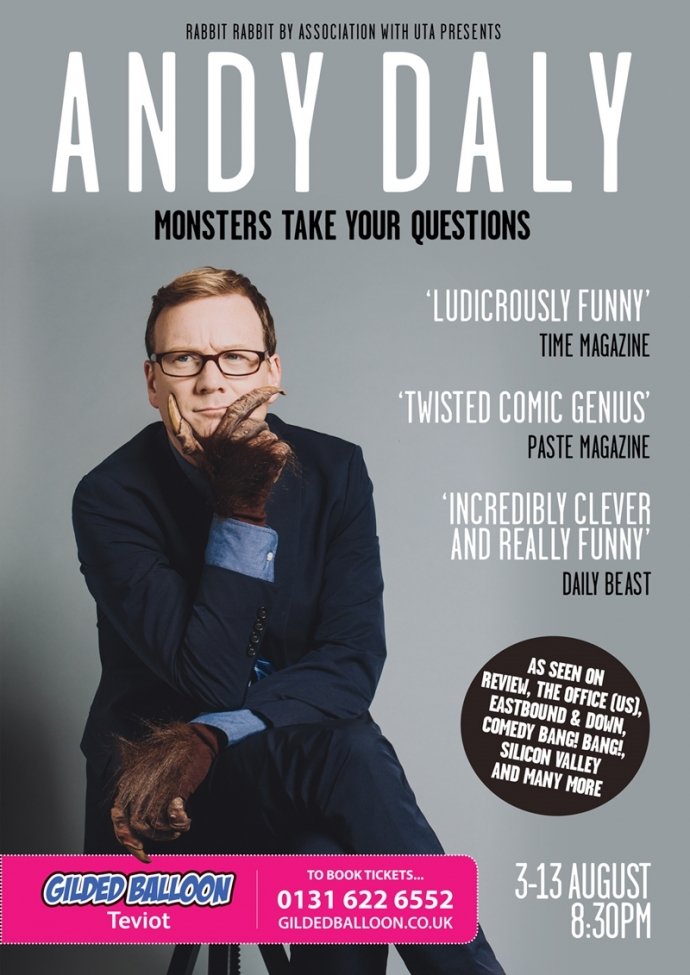 “Quite hard to recommend a newcomer given that to fulfill that criteria they must not have even arrived yet…But in terms of an act new to the Fringe that I have already bought tickets for, that would be Andy Daly.” 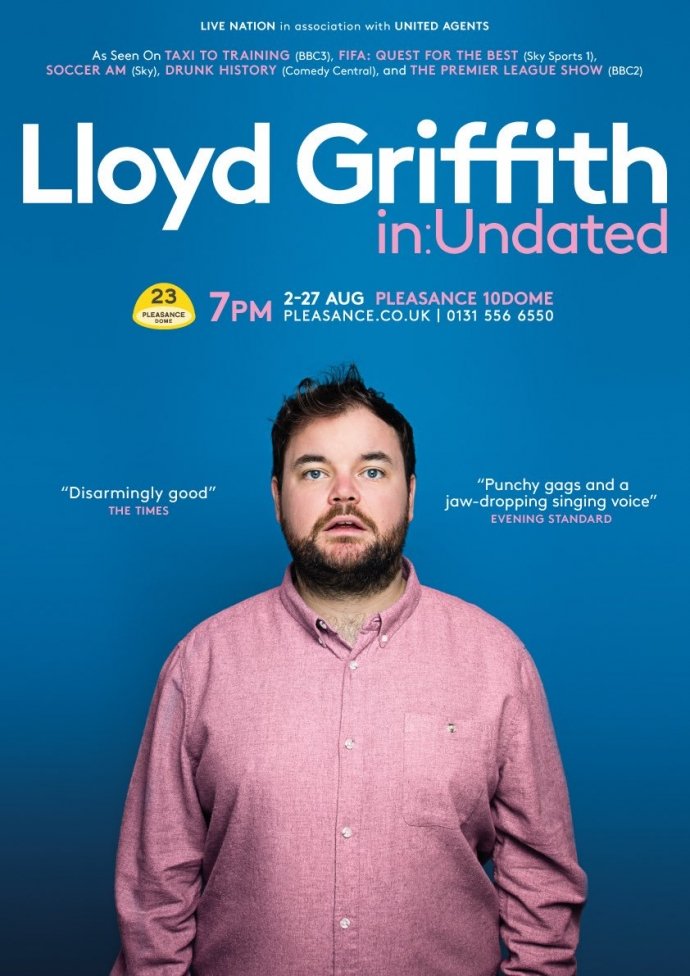 “The show is called Lloyd Griffith, in:Undated. It’s about how I fell in love with the woman of my dreams.However, the woman of my dreams was a dating columnist and for a number of reasons it didn’t work out between us. Now I find myself as a single 30 something man, heartbroken, having to go through the laborious and vacuous process of online dating essentially living the life of a dating columnist, only without the column, money, or the dates. The show’s all about playing to your strengths, and how you move on when you thought you had it all. And also about crisps.” 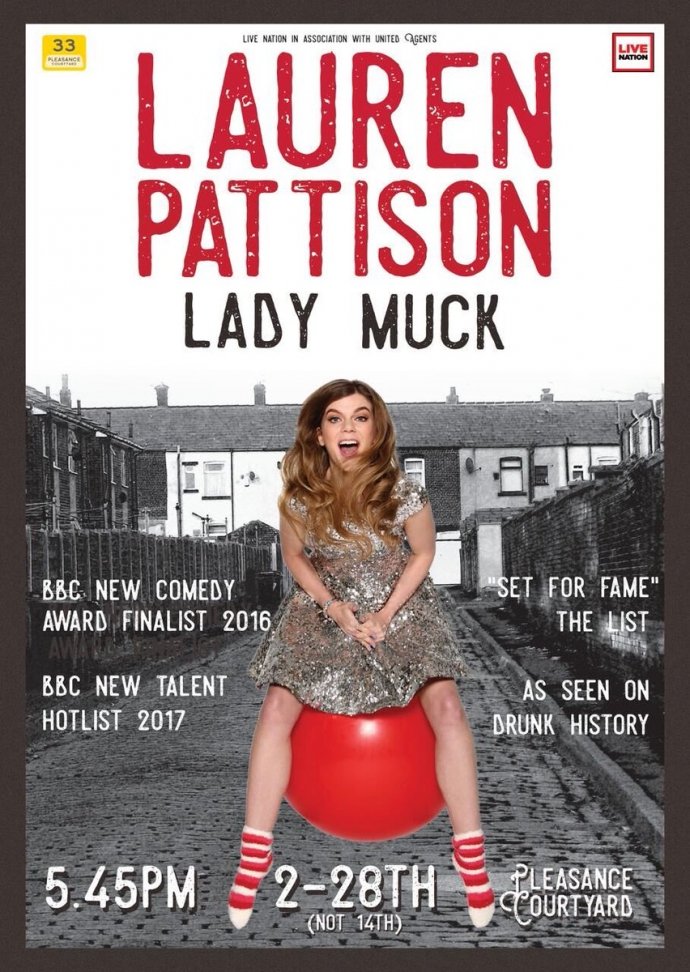 “Lauren’ s great. I’ve gigged with her a number of times and she always makes me laugh my tits off. I wish I had the confidence and jokes at her age, I could barely cook a chicken Kiev let alone hold the room like she does. Great stories combined with a personality that you want to spend hours down
the pub with. And she has sass in bags.” 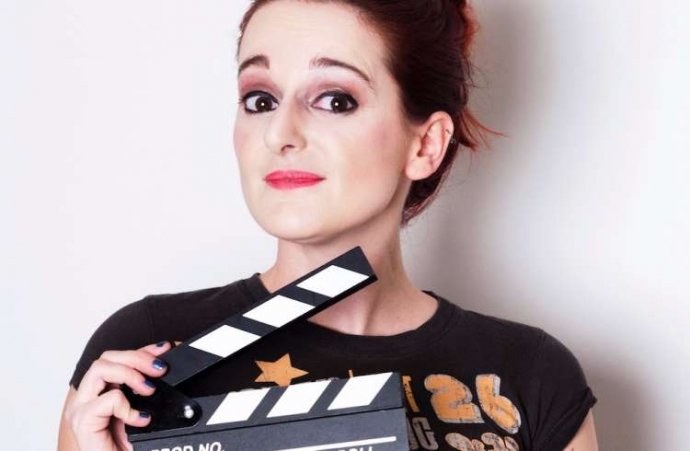 “Sooz On Film is a stand-up show about how movies have influenced my entire life. When I was 16 I watched Goodfellas and Jaws too many times and wrote a screenplay of my own in order to win an Oscar and the show looks at the impact movies have on all of us.” 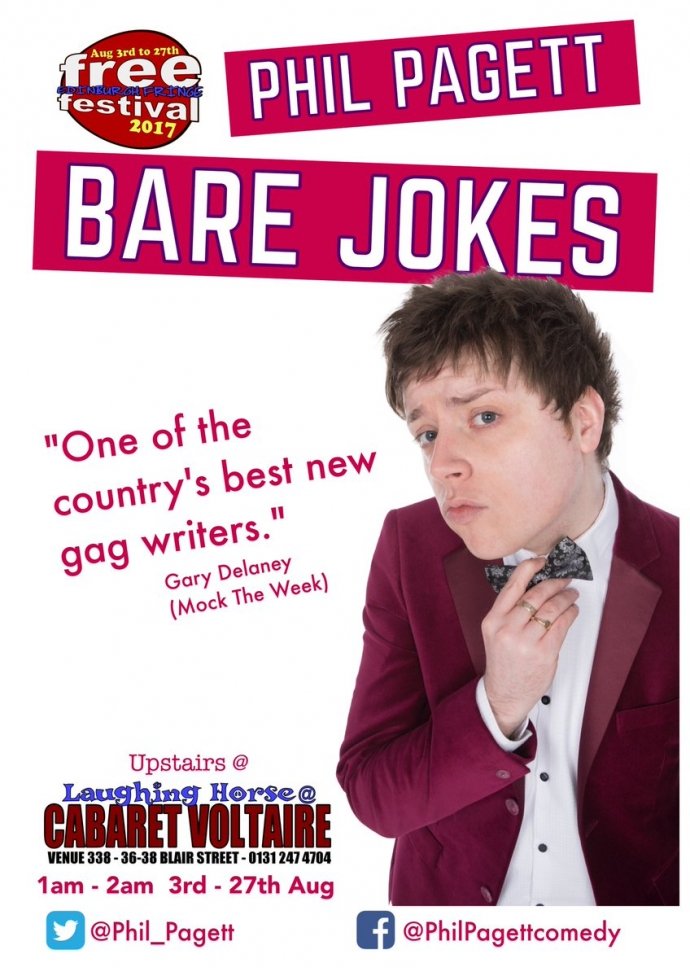 “My tip for a debut act this fringe is Phil Pagett who is super-sharp and extremely funny, I can’t wait to see Bare Jokes, his first hour. He’s on at 1am at Cabaret Voltaire and it’s going to be the perfect end/beginning of any fringe day.” 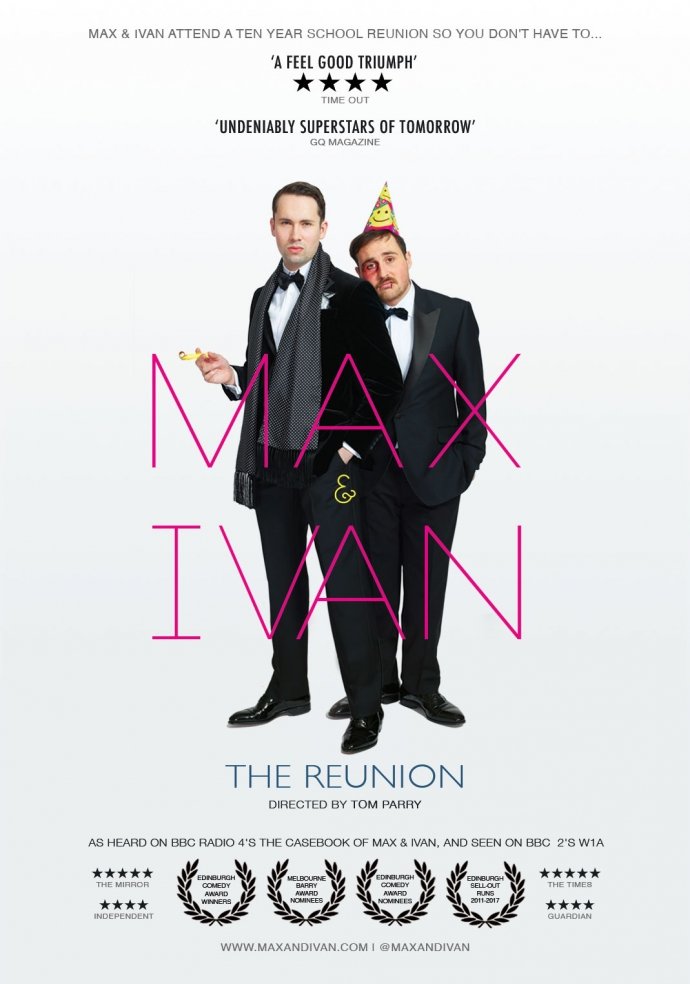 “Ahhh, The Reunion. Unlike some of the more subversively-titled of Edinburgh’s’ offerings, our show very much is about a reunion. A school reunion, to be precise; the ten year reunion of the St. Peter’s School class of 2007. Interwoven are tales of love, jealousy, friendship, vaunted ambition – in short, all human life can be found within the rich tapestry we weave before your very eyes, over the course of 60 minutes. Also there are some elaborate dick jokes and a bit with a puppet. It’s spot on, really.” 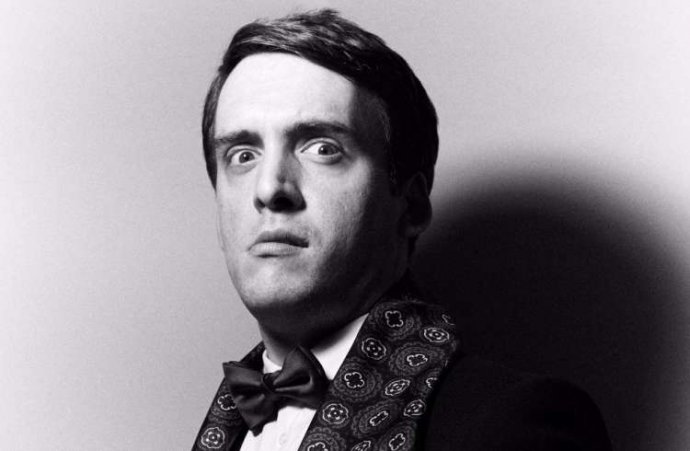 Graham Dixon: ‘is The Narcissit‘

Oh, and do go see Joseph Morpurgo, whose shows are always dazzling. Though he’s not a newcomer – if anything he’s an old-comer (a description he absolutely loves).” 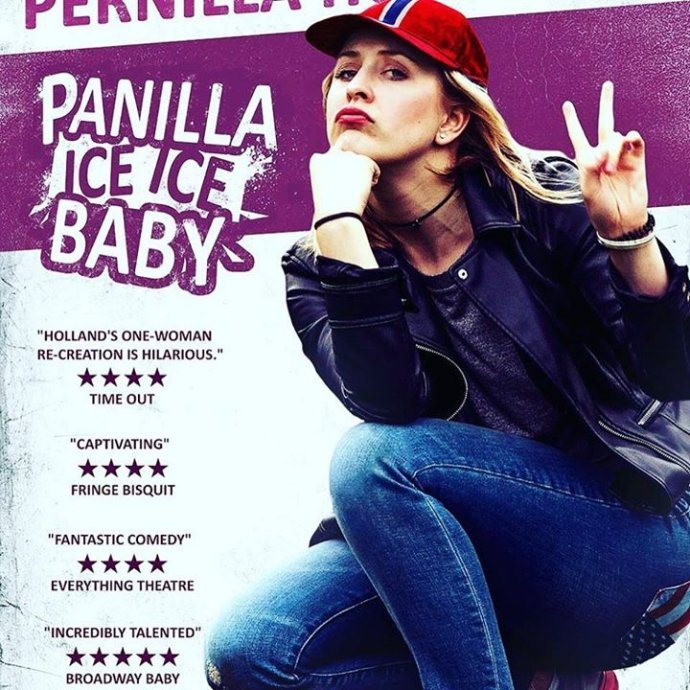 “My show is called “Panilla Ice Ice Baby” and it is a standup/storytelling comedy show. The show is about growing up as a foreigner, running away from my Norwegian family and not owning a cow. It also reveals how I have learnt to stop, collaborate and listen! It is a very silly show with Norwegian characters popping up, who are both odd and deadpan, as well as coming together in times of hardship.” 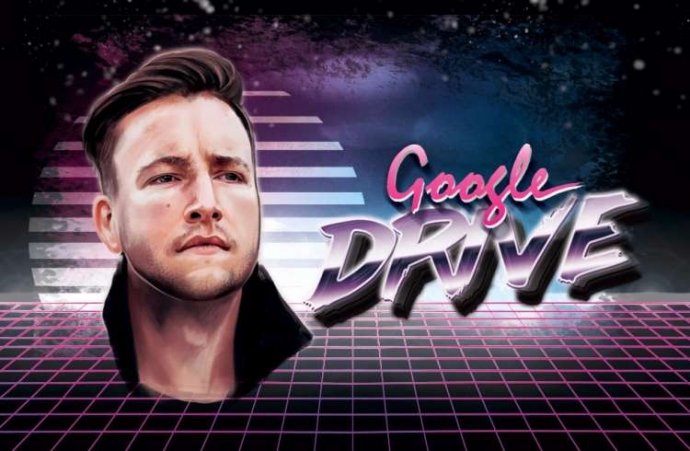 “I would like to recommend Dan Attfield and his show “Google Drive”, as it is a brilliant show that is both funny and impressive. Dan is a highly skilled musical comedian and rapper, so buckle in if you like Hip Hop.” 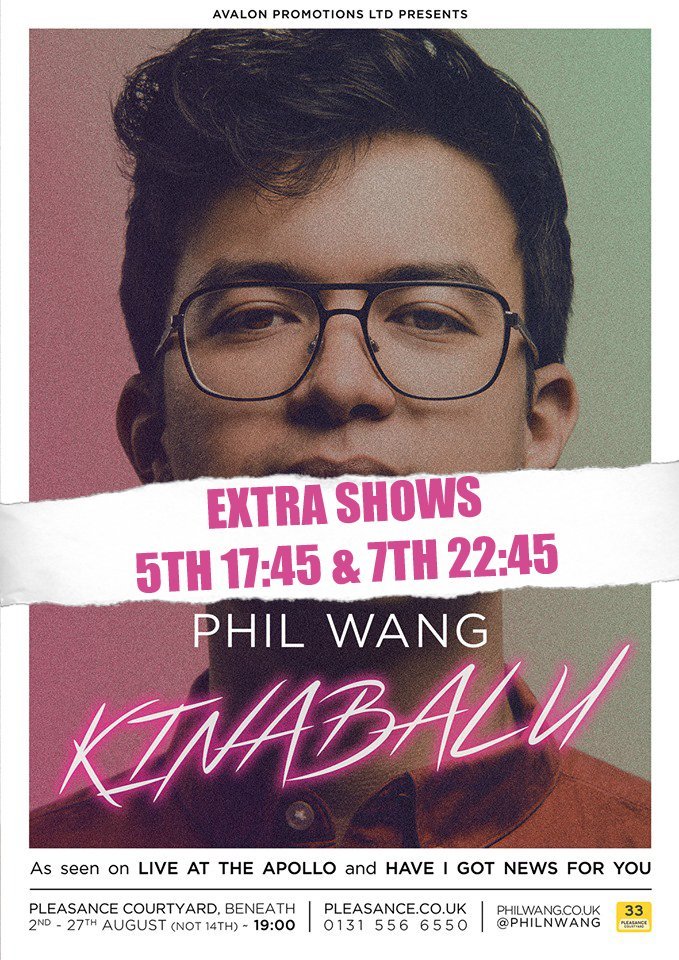 “Hi I’m Phil Wang. My show ‘Kinabalu’ is about national identity, love and the British Empire. It’s an hour of big themes and (hopefully) big laughs. 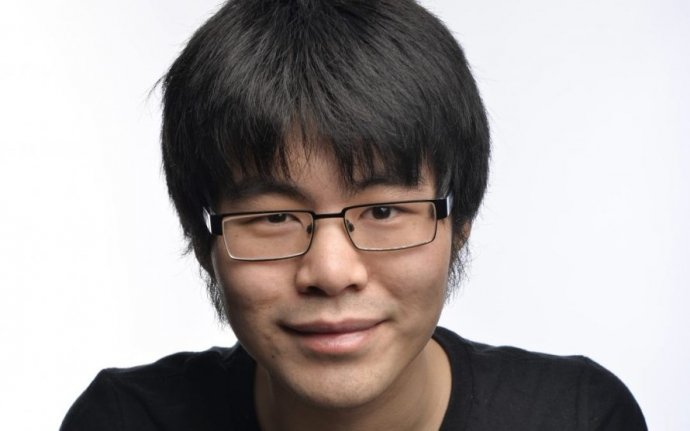 “Ken Cheng is the other Chinese guy in the Courtyard. He’s really clever, unique and funny!”

“I also recommend seeing Pierre Novellie (a South African-cum-Isle of Man… err man with a truly hilarious take on pretty much everything) and Thunderbards (a two-man sketch powerhouse). “

A big thank you to all the comedians who took time from previewing their new shows to help us fans choose who we are going to check out at this years Edinburgh Fringe. And hopefully we can be that guy who tells their friends, family co-workers and every bloody person they meet that they saw the show of ‘insert name of comic‘ before they were on Mock the Week etc.