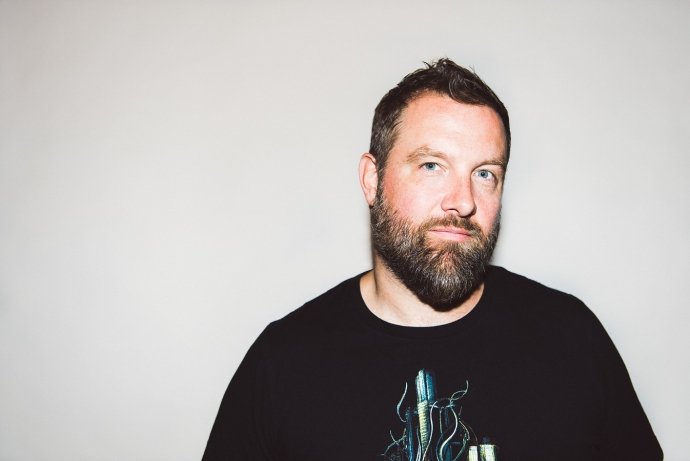 When it comes to delightfully bouncy House & Techno, Dirtybird label boss Claude VonStroke sets the bar for others to follow.

Fresh off his European tour, and releasing his first production in a while (which we’ve heard, and love!), we catch up with the Claude VonStroke himself to discuss the past, present, and future.

Dirtybird is more than just a label. How would you summarise it?

“The simple way to describe it is a community of people who want to party but also are cool and not all about themselves.”

You’ve just wrapped up your European tour, how did it go? Other than the brand-new Hï Ibiza, did you play any clubs for the first time?

“I played the Amnesia terrace for the first time with Marco Carola on my birthday just the week before. I think the only other two things I never played before were Ostende Beach in Belgium and Tomorrowland, both of those were really great. In fact, all the dates were pretty much gangbusters. I was very happy with the tour.”

…and following the tour you’ve released the ‘Works Well With Others’ EP, your first production in a while. Why now?

“I had a release with Green Velvet and also the rain break and some remixes last year, but I made an entire hip-hop album in between, which is probably why there seems like a lull in my release schedule.”

What was the inspiration behind the tracks?

“I just liked the beats these guys had already made and I thought I could add something special to them if I got involved, plus these are two of the nicest guys on Dirtybird – which goes a long way.”

Dirtybird Campout – we’ve heard nothing but incredible reviews. Are there any plans to bring it to the UK / Europe?

“No, not really. So please come over here to go to it because it’s very special! Honestly, I just don’t know the right people to make it happen in Europe. It has a very very specific style that cannot simply be copied over to any production company.”

We’ve heard some of the Dirtybird crew love to get stuck in at Burning Man. Have you been there yourself? Would you go?

“I can never convince my family that going away for 8 days for free is a good idea. I have a family so it’s unlikely that I will be getting there anytime soon but I think maybe when I’m older I will stop in to check it out.”

We would love to know if you’re planning on doing another Dirtybird residency in Ibiza again?

“No, but not because I don;t want to. Mostly because the cost of bringing over American DJs every week is very expensive and also because I cannot commit to enough weeks in Europe. Right now I can drive down the street or fly 45 min to a venue in LA or San Diego or San Francisco and make more money than playing 6 shows in Europe. Hopefully, things will shift the other way but right now it’s very nice doing the shorter travel and having more time at home.”

Dirtybird BBQ – tell us more! Is it vegan-friendly? I know a few of our readers would be interested.

“Yes, we make vegetarian options at every BBQ show. Maybe not all the way vegan but definitely veggie!”

“Don’t eat too much. It always looks so good but you will regret it if you go too big.”

Sounds amazing! We have some quick fire questions. What’s the first thing that comes to your mind?

Biggest upcoming artist to watch out for?

“Walker & Royce. They are destined for greatness.”

Favourite dance-floor filler at the moment:

A classic tune that you just can’t stop playing:

Favourite song from a genre that isn’t Electronic:

We hope you learned something new about Claude VonStroke, his EP ‘Works Well With Others’ is out now – bit.ly/WorksWellEP