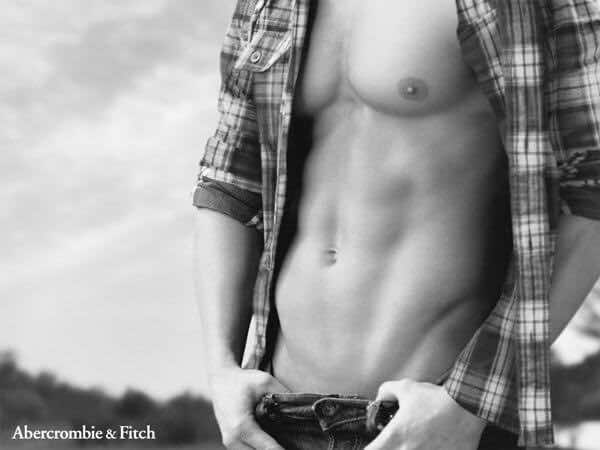 Since the inception of Abercrombie & Fitch in 1892, by David T. Abercrombie and Ezra Fitch in New York City, the brand were a top clothier of sporting goods. They were specifically known for their expensive shotguns, fishing rods, boats, and tents. But filing for bankruptcy in 1976, Abercrombie and Fitch closed their flagship Manhattan store in 1977.

After re-establishing the name in 1978 by Jake Oshman, Oshman re-launched as A&F. The retailer was first created as a mail-order company specializing in hunting wear. Hence, the signature Abercrombie and Fitch casual luxury look was born. The brand made its mark among the youth market and the campus, preppy look was seen everywhere. At one time the stores were full of young kids shopping who desired to get that A&F look.

Since the early nineties, the stores have maintain their popularity, but sales have slowly diminished and the long lines are now short lines. This could be due to the CEO’s comments that brand is only good foor “the good-looking, cool kids,” and that overweight people shouldn’t be in his clothes. Another reason which could have contributed to the loss of sales and revenue could be the fact that the brand never changed its style with time. In fashion, styles change consistently and new trends pop up all the time. They stayed with the campus and preppy look in which young kids were turning to different trends.

Teens were making a move to less expensive stores such as Forever 21 and H&M. In turn, slow sales have caused large losses for the retailer. But now, since the hiring of Christos Angelides, who served as Group Product Director of Next Plc since 1998, there may be hope for the ailing brand. He will report to chief executive Mike Jeffries and will oversee the responsibility for all product and customer based activities. He will also be accountable for the financial performance of the brands.

This will hopefully help the brands strategy of reviving themselves as an organized retailer. If you’ve visited an Abercrombie & Fitch store over the past few weeks, you’ll see that the changed has already started. Gone are the typical collegiate sweatshirts that bear the A&F logo. There, are the kimono’s and jumpsuits which still convey the Abercrombie style. Their jeans, plaid shirts, and jean jackets are still very much part of the brand’s original identity, which is what made them famous. There is still a very good chance that Abercrombie & Fitch can survive the storm, and it indeed looks as though it’s starting to. What do you think? Leave a comment below.

In this article:Abercrombie & Fitch, Next