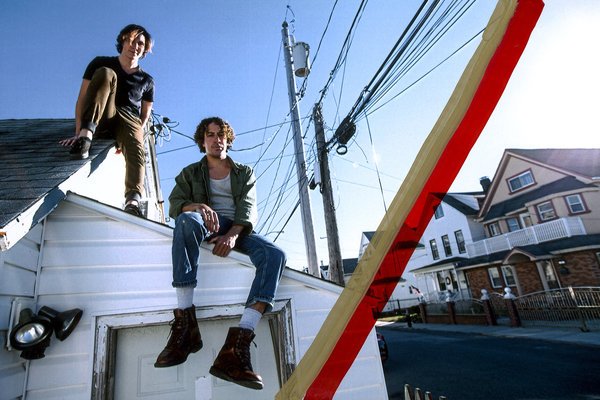 It’s always good to do your bit for society, and here at HTF, when we aren’t helping out at the local village bake-off, we like to help out artists by supporting their latest releases.

We know that so many people are very cautious when it comes to anything new especially if it has not already been playlisted by radio or shown on TV.  Don’t fret as these tracks have been through a vigorous screening process so that you can take a deep breath, relax and enjoy some of the best new music around.

The band are comprised of Dan Miller and Max Harwood from Rockaway Beach, NY. The duo is gearing up for their self-titled debut album being released Friday 7th October featuring this single ‘Puerto Cabezas ,NI’, which you can order here. They made their television debut last month on the Late Late Night Show with James Corden performing ‘Loud(y)‘ – their future is looking bright.

The funk-pop collaboration from 19-year-old Australian sensation Throttle with vocals from JLS heartthrob Aston Merrygold and Lunchmoney Lewis, who recently teamed up with Meghan Trainor for her track ‘I Love Me’. The video is rather fantastic. For more information on Throttle check his Facebook.

From their forthcoming EP ‘Empire Records’ on November 18 their new single is more commercially friendly than former tracks like ‘Shave My Head’ but doesn’t leave behind any of their attitudes. A band who are certainly going to be big in 2017. For more information check our their Facebook.

Similar to: The Pixies & Best Coast

No this isn’t a cover of the excellent Longpigs single. But certainly, shares an influence from Brit Pop via The 1975’s. The Reading boys most can certainly write a pop tune. Pre-order, the debut album Youth, is Only Ever Fun in Retrospect, out January 2017. Check out their website for details.

Finland has a habit of producing indie bands who are seemingly obsessed with C86 and shoegaze. Mumrunner isn’t shy about expressing their influences, and we aren’t shy about our adoration for the band.  Their Gentle Slopes EP is out now, check out their Facebook for details.