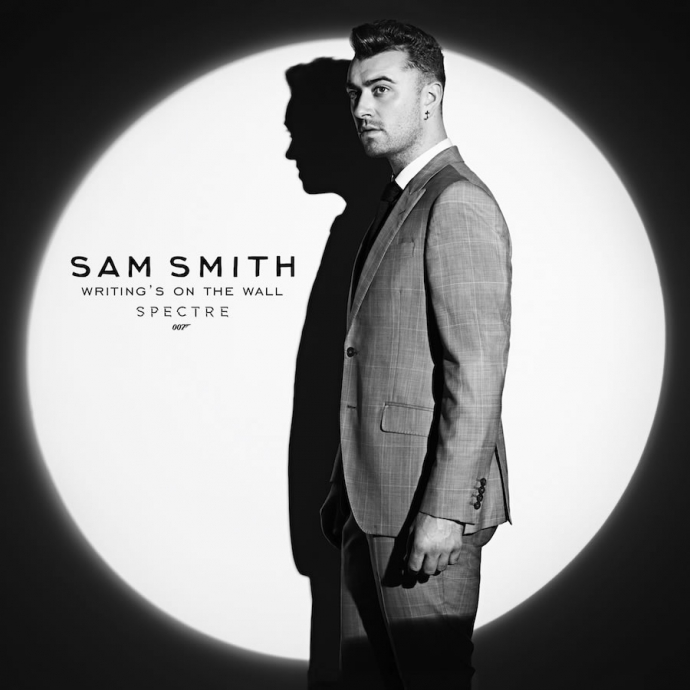 If you have not yet heard? Sam Smith has been chosen to sing the new 007 song ‘Writing’s On The Wall‘ for upcoming feature Spectre released 26th October. Adele was hailed for her song for Skyfall so seeing as Smith is pretty much Adele’s male equivalent, he is the safe option. ‘Writing’s On The Wall’ is exactly as you would expect, a tender ballad, soaked in brass. Yawn! This follows a line of safe bets for the upcoming feature including Christopher Waltz as the bad guy (really a no-brainer) oh, and why not use the director of Skyfall Sam Mendez again? Usually when a studio thinks they have a winning formula it just results in a lazy product. Hopefully a lack of risks will not result in a disappointing film for Daniel Craig’s fourth outing as 007.

Isn’t it time for a rock band to take on the Bond theme task? Muse and The Killers would certainly be up for the challenge. Aren’t we all getting a bit tired of big ballads?

In the meantime, let HTF remind you all of some of the best and worst Bond tracks throughout the years.

Duran Duran – ‘View To A Kill’

The new-wavers’ 1985 stand out track is simply the most exciting Bond song of all time. It also managed to reach the top of the charts all over the world and is the only 007 theme that goes down well at a party! With the perfect blend of old school John Barry melodies from the films score, gelled with a band at the height of their talent. It also has a rather neat video tie-in starring Bon, Simon LeBon!

One hit wonders in the USA for ‘Take On Me’ ,  it seems odd that this track escaped their attention. The fractious dispute between the Norwegian band and John Barry over the final mix of the track is the only negative surrounding ‘The Living Daylights‘. Otherwise this is an under-appreciated Bond track that manages to blend perfectly the 80’s synth lines alongside Barry’s added strings and brass.

Carly Simon – ‘Nobody Does It Better’

Radiohead’s Thom Yorke once described this as the sexiest song in the world. Maybe he has never heard R Kelly’s ‘Bump N’ Grind‘. But what is correct is that Simon’s love song to 007 is one of the most successful tracks in Bond history selling over one million copies and is rather unique in that it didn’t share it’s title with the The Spy Who Loved Me.

When people mock McCartney’s post-Beatles career, ‘Live And Let Die‘ will always put them in their place. It is at least four times better than the ‘Frog Chorus‘ and seven times better than his other famous movie theme ‘Spies Like Us‘. Teaming up again with producer George Martin, the 1973 song uses orchestral breaks, rock guitar and even Reggae (to match the Caribbean location) and is still one of the highlights of McCartney’s live shows. The Gun’s N’ Roses version ain’t half bad either .

You just can’t have a best of Bond list without mentioning this Welsh diva. ‘Goldfinger’ has been pastiched to death (but not by a laser) leaving ‘Diamonds Are Forever’ as her greatest gift to the series. Though we’re not sure how diamonds can “stimulate and tease”? Interestingly, the film’s producer Harry Saltzman hated the song and Albert Broccoli had to push it through.

Lulu -‘The Man With The Golden Gun’

Beating the shock-rocker Alice Cooper to the job, Lulu’s song didn’t chart on either side of the Atlantic! It is remembered as having one of the raunchiest of lyrics “he comes just before the kill” oh Mr Bond do you know. It is one of the cheesiest Bond tracks and more fitting for an end of the pier burlesque show than the soundtrack to one of Roger Moore’s best Bond films.

Jack White and Alicia Keys –  ‘Another Way To Die’

Many music fans cheered on hearing the teaming of the coolest guitar player on the planet teaming up with the pure talent of Alicia Keys. So how did it go so wrong? The only duet in Bond history just failed to begin. There are some choice guitar moments but it lacks any of the sort of creativity we have learned to expect from them. However, it did fair better than it’s parent movie Quantum of Solace.

Garbage – ‘The World Is Not Enough’

One of the world’s best alternative bands Garbage would surely take the Bond song into the 21 century with crunching guitars, strings and a killer Shirley Manson vocal, right? No, they chose to go traditional and the band never recovered from the stink-fest. The track is nearly as forgettable as the Peirce Brosnan film. Poor Brosnan had to put up with some of the worst Bond themes in the franchise history. At least his hair looked good.

Fans of  Pulp may already know that they lost out to this snooze fest. Not renowned for her sparkle Crow replaced David Arnold’s first choice K.D Lang who was relegated to the end credits. Congratulations to anyone who remembers how the verse goes! It didn’t even manage the top ten in the UK, though it did get to the heights of the charts in Poland, so well done.

The suits obviously wanted a big name after the mediocre Sheryl Crow and Garbage outings. So the ‘Queen of Pop’ was hired. They were probably expecting ‘Live 2 Tell’ Part two. They got an edgy electroclash, with robo-vocals. Interesting ? Strangely the single became the most successful Bond tune for 17 years in the US and was nominated for a Golden Globe. If you thought the song was bad check out Madonna’s cameo.

So there you have it Bond fans, the best and worst of the James Bond theme tunes. Now the pressure is on Sam Smith to see if he can top Duran Duran for the best 007 song of all time! And if not at least Smith will get to goto the Oscars and wear a sparkly tux.