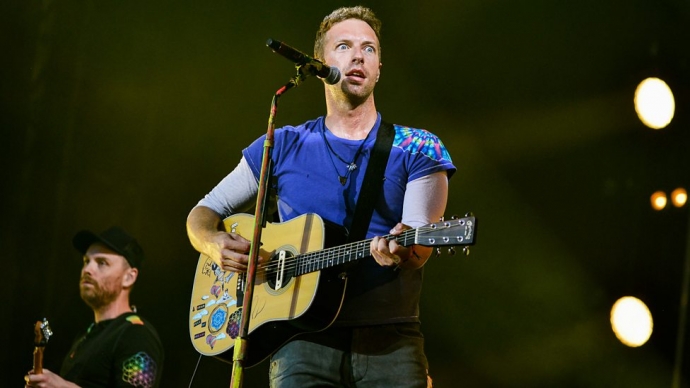 In this modern world of music, musical genres define a person so much that you can now easily spot the difference between a Stormzy fan and a Bring Me The Horizon fan, purely by their clothes. As so much now stems from a person’s taste in music, there’s no surprise that someone could passionately love or hate a band. However, in Coldplay’s case it seems that people love to hate them, and weirdly enough, I understand why.

I wouldn’t categorise myself as a Coldplay fan, but their performance at 2011’s Glastonbury is one of my favourite performances at the festival from the past 4-years. But saying this, I still found myself disappointed when they were announced, yet again, as headliners of Glastonbury 2016. Coldplay is a safe bet, a crowd pleaser. They’re the ready salted crisps or vanilla ice cream of music; there’s not much to them, but they can still sound good.

When you see people passionately enjoying their music, it’s sometimes a struggle to take seriously, and subsequently, people start to develop a love/hate relationship with the band. So much so, that while watching them at Exeter’s Powderham Castle for BBC Radio 1’s Big Weekend, a member of the group of people I was in watching them with had to leave the festival because they hated the song ‘Fix You‘ that much! It’s bizarre to think a song forced someone to leave because it made them feel that emotional, and this is at the core of why people love to hate. The slow instruments that play while Chris Martin sings emotional lyrics is so vague that anyone going through a rough moment can easily connect to the song. Once that person gets themselves out of that rut, the song is then associated with that time and, unfortunately for Coldplay, most of their material share this trait; that or a person just really dislikes Chris Martin, either or.

However, after their performance, I completely see why people adore Coldplay. Where at times they’re seen as cheesy, this was translated into a performance of positivity in their hometown, and it was magnificent to watch. The band didn’t leave anything to spare as fireworks lit up the sky and showers of multicoloured confetti fell upon us. As the crowd sang word for word you suddenly unlocked your inner Coldplay archive in the back of your head and sang-a-long too. That goosebumps feeling you get isn’t unique to Coldplay, but they certainly know how to make you feel something through their music.

One moment I’m slating them and the next they’re giving me goosebumps – there are not many bands that can do this to person. Their back catalogue is a collection of “Wonderwall”  hits, as soon as you hear that first chord you can’t help but join in.

People might judge Coldplay for their lack of integrity, but the positivity and connection they have with the crowd makes up for it. Where I was sceptical about their upcoming headline performance at Big Weekend, I’m now excited to experience them at Glastonbury. Yes, it’s a little corny, but you shouldn’t take music too seriously. Learn to embrace it and have a good time.