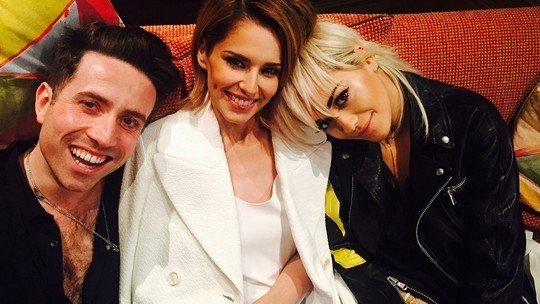 After months of speculation and rumours surrounding this year’s exciting X Factor shake up, the judging panel has finally been confirmed. Joining Simon Cowell and Cheryl will be the newly elected Rita Ora and Nick Grimshaw! With Caroline Flack and Olly Murs as the new presenters too, we reckon this year’s competition is going to be better than ever.

Read on for our five reasons why we think Rita and Grimmy are the perfect choice.

We love it when X Factor judges are brutally honest and neither Rita or Nick are well known for hiding their true opinions from the public eye. Rita’s stint as a coach on The Voice last year (yeah, remember that show? Awkward) has provided her with plenty of judging practice. If you’ve ever listened to Grimmy’s Radio 1 Breakfast Show, you’ll know he’s not shy in telling the truth either. With these two on the panel, contestants better brace themselves for some home truths! Former judge Louis Walsh was far too good at sitting on the fence when it really mattered, so we hope there’ll be less of that this year.

Whilst we did love Louis‘ obsession with boybands (who doesn’t enjoy big fringes and awkward dance moves?) it will be refreshing to have two new judges with fresh ideas about what makes a star. As both of them work within the music industry, there aren’t many people more qualified for the job. Fingers crossed they’ll be able to think up songs for the contestants to perform that we haven’t heard before. No more Whitney covers please!

3. An even male:female ratio

With the addition of Rita and Nick plus Olly and Caroline co-presenting, there will be an even number of males and females on the show for the first time in ages, hurrah! We’re hoping this might create some friendly rivalry throughout the series to spice things up a bit. It will certainly be interesting to see which sex comes out top with their winning act in the end!

It’s well known that Rita and Grimmy get on with each other IRL, which is a great start to any TV show relationship. We’re sure there’ll be no holding back in terms of cheeky jokes and controversial comments when they’re together. Our guess is that they’ll befriend Cheryl too, (looking at the press photo it seems as though they’re already bezzie mates) leaving Simon in the disapproving dad role once again!

Last but not least, it wouldn’t be a Saturday night entertainment show without some great hair and boy do they both have lots of it! Nick’s brilliant quiff is basically a part of his personality and we can’t imagine him without it. We think we’ll definitely see a fair few different cuts from Miss Ora throughout the series too and we’re already excited to waste our winter evenings tweeting our opinions about it. Hashtag losers.

What do you think about this year’s X Factor judging panel line up? Let us know below!