From the heavily rumoured J. Cole and Kendrick Lamar collab to Frank Ocean’s long-awaited sophomore album, here are five Hip-Hop and R&B albums to look forward to in 2016.

Going into 2016, Ye fans weren’t really sure what to expect.

‘fourfiveseconds’ which was intended to be a part of both SWISH and R8, now titled Anti, was a departure from previous sounds for both artists. The addition of Paul McCartney on both that and ‘Only One’, a more sentimental song from the rapper, suggested that McCartney would be prominently involved with the album, something that was seemingly confirmed by McCartney’s short appearance on ‘All Day’. The aforementioned single also added the confusion; there was way too much going on – the acoustic instrumentation and whistling of McCartney, the distorted vocals, the trap influenced beat – it was a clusterfuck of sounds that had just about everybody questioning the self-proclaimed genius.

A New Years Eve freestyle entitled ‘Facts’ did nothing to calm the worry for SWISH’s direction, however, this lack of faith would be restored with the resurfacing of GOOD Fridays, which began with the release of ‘Real Friends’ on Friday the 8th of January. ‘Real Friends’ was accompanied by a snippet of the Madlib-produced ‘No More Parties in LA’ featuring Kendrick Lamar which, if you haven’t heard, lives up to the hype and then some.

A rejuvenated Kanye seems to have found his form just in time for the project, going as far as changing the title once again (which he announced over Twitter) and dropping one of his longest and most impressive verses in years.

With just two more Fridays between now (Jan 28th) and the February 11th release date, the anticipation for the newly titled Waves. Kanye himself, in typical Kanye fashion, has called it “the best album of all time”. And judging by pictures that the rapper has since posted on Twitter, the album may have some involvement from A$AP Rocky, Chance the Rapper and, more surprisingly, Earl Sweatshirt.

Furthermore, this could also be Kanye’s retirement album.

While he hasn’t directly said that, it has been suggested on more than one occasion that Ye has reached a crossroads where he has to commit to either fashion or music, and not both. The promotional art for the singles so far also seem to suggest this, as they are all pictures of Kanye throughout his life.

While that is pure speculation, a Kanye West album is always something to get excited for. And if it is his last album, what better way to bow out than to drop an undisputable classic? 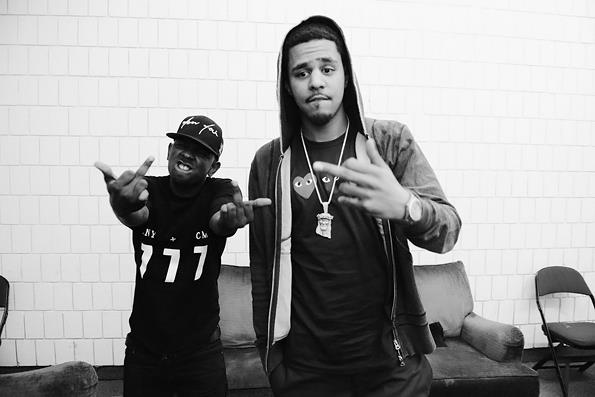 The highly-anticipated collaborative album between these two Hip-Hop heavyweights actually seems to have a chance to come to fruition in 2016. With their Black Friday freestyles last November, Cole hinted at a February release (“Bitch never, they can’t handle two Black niggas this clever/But this February, bet shit get scary when I fuck around and drop…”). Running off of the former line, one rumoured title is Burnin My Leather, and while nothing has been confirmed by either camp, a relative of Lamar’s appeared to confirm a February release for the two on Instagram.

A collab album between the two would follow in the footsteps of both Kanye and Jay Z’s Watch The Throne, and Drake and Future’s What A Time To Be Alive, but one can hope that Kendrick and Cole do the Hip-Hop collab album justice, and improve on the lacklustre nature of both of the aforementioned albums.

Regardless of the title or the release date, anybody who is a fan of either would cherish this album, and it would only build on the fantastic 2015 both artists had.

In 2015, Drake dropped two surprise mixtapes as albums, both If You’re Reading This It’s Too Late and What A Time To Be Alive, as well as the smash hit ‘Hotline Bling’, kept the 6 God as relevant as ever. However, you couldn’t be blamed for wanting better from Drake. If You’re Reading This… was great, but places slightly below par for the quality of Drake’s solo work on this side of Thank Me Later, and What A Time To Be Alive lacked the chemistry between the Drake/Future duo for it to be considered a successful collab album, it was recorded in the span of a week, and also produced ‘Jumpman’ and ‘Diamonds Dancing’, so we can’t really complain.

But for an artist like Drake, who is always boasting about how he’s the best out and has even created his own brand of music that has birthed the careers of PARTYNEXTDOOR and Bryson Tiller, it’s about time he dropped an indisputable classic.

Whether he achieves this feat or not, pretty much everyone is waiting for a new Drake album, and the idea that it could drop at any minute will keep us on our toes until that day that it does. 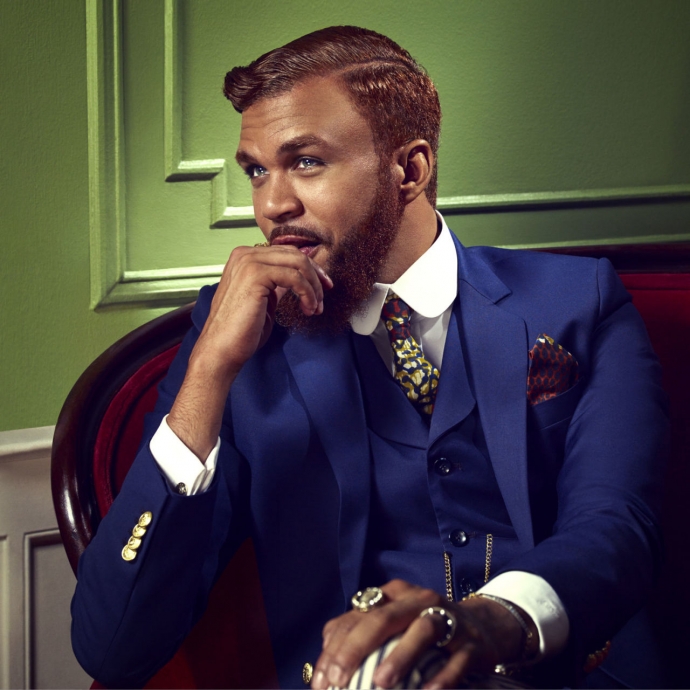 You could be forgiven for writing Jidenna off as a one-hit wonder.

With ‘Classic Man’ last year, Jidenna landed himself a top 30 spot on the Billboard Hot 100, a feat that mentor and label head Janelle Monáe hasn’t managed to do as a solo act. ‘Yoga’ with Monáe also charted, and now has over 10 million views on YouTube.

On Wondaland Records’ collaborative label EP The Eephus, it definitely felt like it was Jidenna that was being sold to us. The EP, which showcased the talent of all of the label’s acts, Jidenna appeared three times (four if you count Kendrick Lamar’s remix of ‘Classic Man’). That’s three times on a five-song EP. And while that may not mean anything to people who didn’t even hear a second of The Eephus, what it did showcase was Jidenna’s flexibility.

While ‘Classic Man’ displayed his ability for riding club and radio-friendly hits which, even if annoying at first, you find yourself singing after a day or two. While his verse on ‘Yoga’ seemed just there to fill the time, his feature on Deep Cotton’s ‘Let’s Get Caught’ really showed a lot of star potential. In scene-stealing fashion, he was able to change the tempo from the Prince-inspired duo’s earlier verses without ruining the song – not a small feat – but the ease in which he appears to do this made him shine.

While newer releases such as the trap-influenced ‘Long Live The Chief’, ‘Knickers’, and ‘Extraordinaire’ have failed to gain the same attention as ‘Classic Man’, two of the three contain Jidenna’s magic for infusing club-friendly bangers and catchy verses with racially-provocative lyrics and images.

Much like Monáe, he brings a stylish substance to the radio. Whether he can keep that style from being stagnant for an entire album is an entirely different question, and we look forward to seeing just how Jidenna plans to answer that. 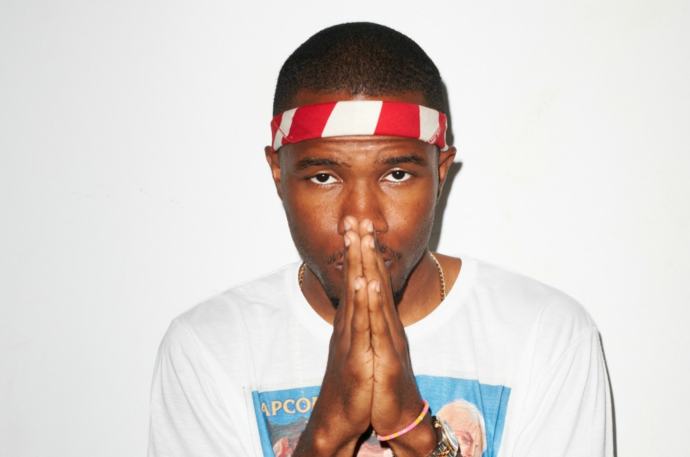 Last April, fans of the channel ORANGE singer were made to feel like kids on Christmas Eve.

It was official: Frank Ocean had announced (via Tumblr) that his new album would be coming out in July. Well, July came and went without any word, then August came and went, but people still had hope that the project would reach their ears before the year ended.

It is now 2016, almost 6 months since July, and nobody from Ocean’s camp has said anything. He even pulled out of a headline slot at FYF festival at the last minute, which only added to the mystery surrounding the singer’s sophomore release. Had he scrapped the album? Once? Twice? Or at all?

Rumours seem to circulate almost every week on Twitter, despite an official name for the album, or even the magazine that was to come attached to it. Boys Don’t Cry is the most consistent one mentioned, but due to Ocean’s secluded nature, that is as fan-made as any of the others.

One of the few things we do know about Ocean since channel ORANGE is that he’s worked with everyone from King Krule to Tame Impala frontman Kevin Parker, to Nile Rodgers and a lot of others in-between. While it is not known whether any of these collaborations actually created anything in relation to the record, they all seem both experimental and intriguing, much like Ocean himself.

Rumours have also circulated via Reddit that imply that Ocean has departed from his previous venture to make a Beach Boys-influenced album and seems to be recruiting trap rappers, from Playboy Carti to Rich the Kid. While this seems like an absolute departure from his Grammy-winning major label debut, Ocean has shined on both ‘Sunday’ with Earl Sweatshirt, ‘Blue Whale’, and even his more personal verse on Tyler, the Creator’s ‘Window’.