I remember being at this point last year and struggling to come up with 10 albums which I loved and couldn’t get enough of but this year it’s the complete opposite. Personally I think 2014 has been such an insane year for music that it was incredibly hard to just choose 10 and the final place is tied because both bands deserved to be in there!

There have been a lot of breakthrough bands releasing their debut albums and 3 of my top 5 are debut albums which shows that there is a lot of new talent coming through and they’ve all built themselves massive expectations for the follow ups.

I’m so excited to see what 2015 brings but until then let’s relive my top albums of 2014. Let me know what you think; whether you agree or disagree! 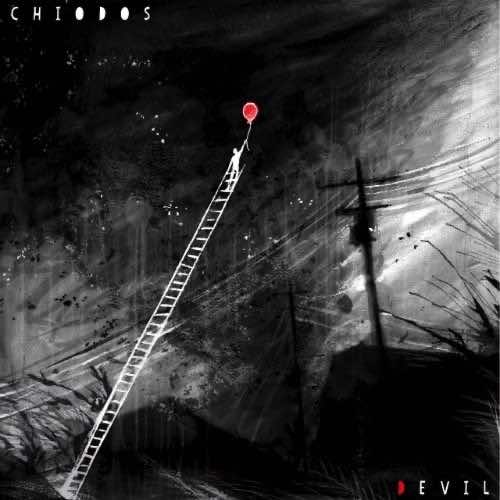 Now I’ve always been a fan of Chiodos throughout their numerous lineup changes but for me the return of Craig Owens was one of my highlights of 2013 but their Warped set left me with a lot to desire so I wasn’t sure how the album would turn out. The earlier part of this year saw the band release a new track every week until almost the whole album was out, and since then I’ve been hooked. I worried a little that after more than a decade that Chiodos would have lost the spark that they had during ‘Alls Well That Ends Well’ but I couldn’t have been further from the truth. ‘Devil’ has on repeat since the it dropped in my inbox and I’m still not sick of it; although I have almost worn out the CD. Despite a disappointing headline set at Slamdunk in London and them pulling out of The Blackout tour a few months ago Chiodos still remain one of my favourite bands. Although most people might be a little shocked that it surpassed my number 2 album to reign strong in 2014!

Top Tracks: Under Your Halo and Expensive Conversations In Cheap Motels

This album will come as no surprise to anyone who knows me (if anything people might be shocked it’s not number one). Rewinding back to 2012 ‘Union of Crowns’ was my album of the year then and the beginning of a long term love affair with this band. ‘Runes’ has a totally different in tone to the previous album in that it’s quite a bit heavier and Dani’s vocals have improved tenfold in the album transition. Everything about this album sums up my musical tastes; there are riffs, there are deep vocals, there is a beauty when Jason sings and there are a few acoustic tracks to soften the album. Having seen this band quite a number of times in 2014 from slaying main stage at Download Festival to playing the smallest stage at Groezrock right through to an incredible album launch show in Kingston they still remain my number one favourite live band.

Top Tracks: The Torch, Watcher and Garden of Thorns

Beartooth are probably my top breakthrough band of 2014. When the album dropped through to my inbox my first thoughts were sceptical; frontman Caleb was ex-frontman of Attack Attack! (US) and having witnessed them a few times I was less than impressed but Caleb has brushed himself down and blown all previous convictions of him out of the water. This album truly blew me away and it’s amazing when it’s a debut album that has that much impact. Every song is a belter and I really feel that this album doesn’t have a single weak note within in. One of the things which amazes me is the versatility of Caleb’s vocals he both screams and sings which can be hard enough with two vocalists but on his own is really special. I’m really looking forward to catching them open up on the Kerrang Tour and see where 2015 leads them!

Top Tracks: Beaten in Lips, Body Bag, In Between….. actually I could just list the entire album.

4. Marmozets- The Weird And Wonderful Marmozets

Again another astonishing debut album, this time from female fronted Marmozets. I’ve never been a huge fan of female fronted bands (I only realised how great Paramore were after their Reading performance this year!) but Marmozets can’t even be put in the same camp as most other female fronted bands. I remember seeing them at Butserfest back in 2012 and not thinking too much of them; them were young and chaotic in a bad way but in such a short space of time they have transformed into a chaotic masterpiece with everything in the right places. With such an explosive live experience the album was always going to be a tough one but they perfectly managed to capture the experience, ferocity, passion and chaos of their sets.

Top Tracks: Why Do You Hate Me and Cover Up

Issues released their EP what feels like ages ago and I was itching for a full length album so this was probably one of my most anticipated albums of 2014 and I wasn’t disappointed. Tyler Carter’s vocals made me feel like I was listening to a pop album that I would otherwise feel guilty for listening to and then Michael Bohn’s vocals would kick in and I’d realise what I was listening to. Having seen them progress from a sweaty tent at Reading Festival to supporting Bring Me The Horizon at Wembley Arena it seems I wasn’t the only person to love the album.

Top Tracks: Mad At Myself and Disappear (Remember When)

Now I was really late onto the Royal Blood bandwagon, I honesty hadn’t heard their music before seeing them live in the later few months of 2014 and how that show changed things. I still find it incredible that these sounds and this music is produced by two people. It’s insane how much they’ve blown up in 2014 and while it’s well deserved I can’t help but be shocked that they’re set to support the mighty Foo Fighters at Wembley Stadium with just one album. The bar is set so insanely high I wonder how they’ll ever top it with album number 2.

Top tracks: Come On Over, Figure It Out and Careless

Prior to this album I would never have called myself an LTA fan, there were tracks I liked and they were always fun live but after hearing ‘Here We Go’ it made me realise how different their self-titled album could really be. This album has re-kicked the bands career and after spending a few months with the EP sampler on repeat I knew the words of the tracks probably as well as the band themselves.

I almost forget that ‘The Good Youth’ came out in 2014 as I received my copy so early and by Christmas 2013 I was already hooked. This album sat at number 1 on my top album listing for quite a few months and I used it as a scale to judge other albums on. The album shows the progression the band have made during their musical careers and seems to have been the one to get them known. It’s one of those albums I don’t have to be in a particular mood to listen to because it fits any mood.

Top Tracks: On My Own, Sold My Soul and Perfect

Sadly I got into Canterbury a lot later than most other people and it was only about six months after the release of this album and me being completely hooked that they announced their split (R.I.P). The band played an album launch show back in January and played the album in full and it made me realise how much I loved it, every track holds its own and Mike’s vocals are beautiful and eerie at times. I may have developed my love of Canterbury quite late but them and this album will hold a special place in my heart.

I found it so hard narrowing down my top 2014 and felt that both these two albums well deserved a place here so I chose them both because they’re as insanely great as one another. ‘Asymmetry’ saw Mallory Knox grow up and develop their debut album and in turn producing sounds which I literally can’t get away from on the radio. Whilst Decade really made their way onto my radar with ‘Good Luck’ which is so catchy and everything a good album should be- fast paced and fun!

MK Top Tracks: Dying To Survive and When Are We Waking Up?
Decade Top Tracks: I Don’t Care and Brainfreeze

Because 2014 has been such a great year for music kudos goes out to these albums which didn’t quite make it to the top 10!