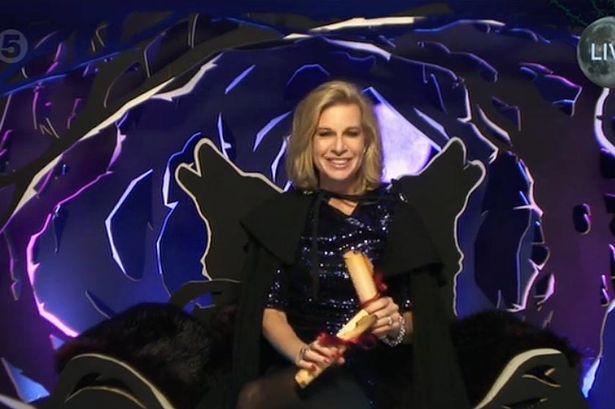 Katie Hopkins – by now we’ve all heard that name somewhere or other in our daily lives. It’s often followed by shudders of contempt for the outspoken woman, but is she finally showing a softer side? As the bitchy columnist partakes in this year’s Celebrity Big Brother, viewers have witnessed a surprising attitude from Katie, who seems to actually be…. nice?

IMPOSSIBLE! I hear you shout, considering all the awful things we hear about her daily. But have we all jumped the gun too quick? After all, she is just voicing her opinion – a thing we would all love to do if we had the balls.

During her time in the house this almost wicked witch persona that we all know Katie for has started to slowly chip away and, where once we would only see Katie with red glaring eyes of hatred, we are starting to slowly see that there is more to Hopkins that first meets the eye.

Yes, she is still as opinionated as ever but suddenly her opinions are not as annoying. Suddenly she is actually a comedy genius. Suddenly she is actually quite nice to (some) people. And, the wicked witch also seems to have a weakness; compliments. She may be strong and outspoken on the inside but offer Hopkins any sort of complement and she is trying to hold back the tears. Turns out she is a bit like a cream egg; hard on the outside but deep down has a gooey, and quite likeable, centre.

With Perez Hilton being the village idiot of the house, Katie’s ongoing mission to “Get Perez Out” has almost become a heroic act. We all know he’s a twat, as do all the house mates (well except Nadia), and we think it’s great that Hopkins is giving him a taste of his own medicine.

We even saw Katie and Alicia start to get on before she was evicted which, a week ago, would have seemed a complete no-hoper. Has Hopkins gone soft?

All this does make you question whether Katie’s hard persona is all a bit of a front though for some real deep down insecurities. It’s clear there is more than meets the eye and I think the public are enjoying seeing the development from super bitch to friendly witch which could find Katie coming out of the BB house with the crown. Let’s hope she can keep it up and not slip back into character and we could end up with one of the biggest BB housemate transformations of all time.

She might still hate fat people and children called Tyler but, that aside, Katie Hopkins is BB gold and this experience could be the start of a whole new chapter. At least if she still fires out any shit from her mouth when she’s out we can still remember the time she compared Perez to syphilis and just think “Oh, Katie!”.

Will Katie eventually drop a clanger? Or will she leave the CBB house a redeemed champion? At the minute, the latter seems more likely- the public love her!

We’ll just have to keep watching to find out! Celebrity Big Brother is on every night, Channel 5 at 9pm.