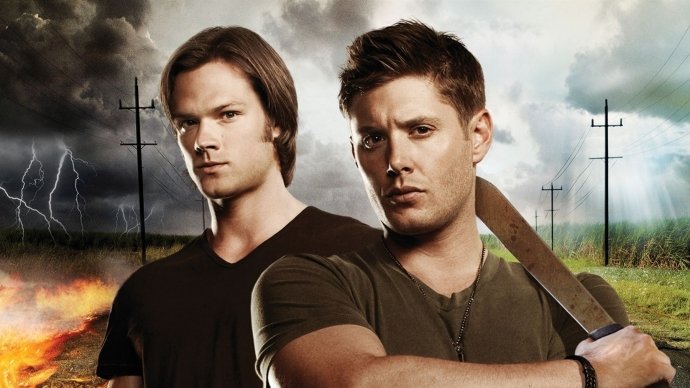 Back when the television network The CW announced it that they recommissioned some long-running horror shows like Supernatural we put together eleven reasons why the show should have put to rest. We still feel that way, enjoy. 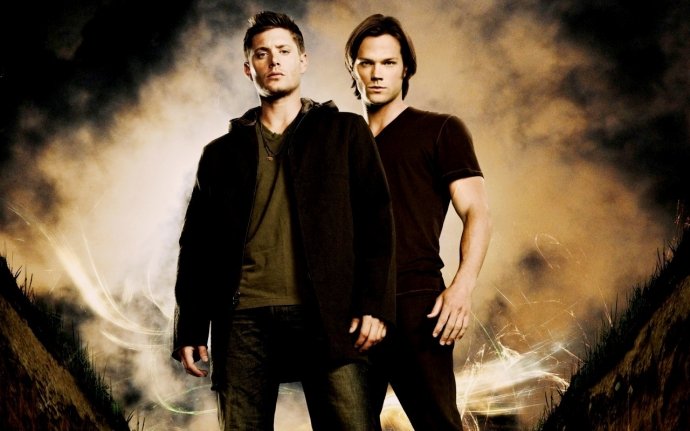 One of the most important themes of Supernatural has been the relationship between Sam (Jared Padalecki) and Dean (Jensen Ackles) Winchester. Being very different in personality, they would learn to understand each other, and how they see the world of monsters, they confront. As the show has progressed, this has taken some different forms, from Sam initially not wanting to be a hunter and Dean knowing nothing else, to their attitudes towards whether all monsters are evil or not, to their personal turmoil over the destinies forced upon them. But their differences were always apparent.

But now we’ve gotten to a point where Sam and Dean have the same character. They may have disagreements over problems they confront, but mainly they’ve lost the contrast that made their relationship so appealing in the first place. Not to mention the fact they seem to learn the same lessons season after season and yet forget them as quickly for the sake of the plot. An example being, during season 8 where ‘all monsters are not evil by nature’ lesson that Dean learned after becoming friends with a vampire, which he then forgot almost instantly. What made the Winchesters appealing in the first place was the fact that they grew yet kept their base personalities and beliefs, rather than just falling back into archetypes. 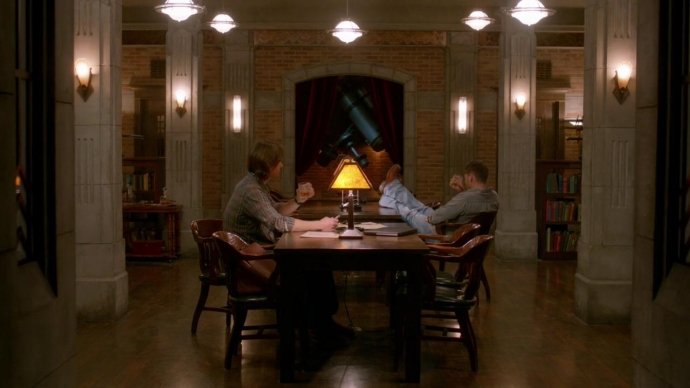 One of the dividing points between fans of the show was that the Winchesters never had a base of operations, for the most part staying on the road and having a different location every episode. However, in Season 8, Sam and Dean learned about the Men of Letters and their base, The Bunker, which became Supernatural’s new home base. Whether you were in the pro and anti-Bunker camps, a change of dynamic would refresh the show, right? Well, one of the biggest criticism of the most recent seasons has been how The Bunker is used: torture and moping. The former requires a section of its own, but the second is directly a consequence of having the set location. Where before the show ranged across the States, everywhere the brothers go now begins and end at The Bunker, and there has been an increasing rise in episodes set just inside with the brothers sitting around complaining about whatever their issue is at the time. Though it’s not been on the show very long, already it’s started to wear on the fans.

In its initial five-season plan, one of the biggest regrets was the late introduction of the demon Crowley and becoming familiar with the fan base very quickly, the fact we wouldn’t get to know him better. However, when the show got recommissioned for its sixth season and on, one of the highlights was the fact that Mark Sheppard would become one of the cornerstones of the show. This is partly to do with the wit and dry humour of the character, his jumping between arch-villain and ally to the Winchesters, and most importantly of all, Mark Sheppard’s enthusiasm for the show and it’s fans.

However, like all of the most popular characters in Supernatural, there comes a time to “let them go”. With Crowley, the natural conclusion to his character arc seemed likely at the end of season 8, wherein he essentially had become the villain of the season but was captured by the brothers. But as opposed to dispatching the character, it involved a sub-plot about the purification of a demon. Thus a way for Crowley to stay in the show, but de-escalate the tension with the Winchesters; then announcing that Mark Sheppard would be upgraded to a season regular. Seeing how popular the character was, this seemed a good idea.

But the road to Hell is paved with good intentions, as the King of Hell has lost his edge. The issue is that the show, for the most part, doesn’t know where to take the character without reducing him to a fragment of what he was. In season 9 this lead to a bidding war with fellow demon Abaddon, and the word is that season 10 involves his relationship with his mother. Mark Sheppard is an incredible personality, both on-screen and behind it, and a point arises where it feels as though his talents are being squandered on a character who should have been long exorcised. 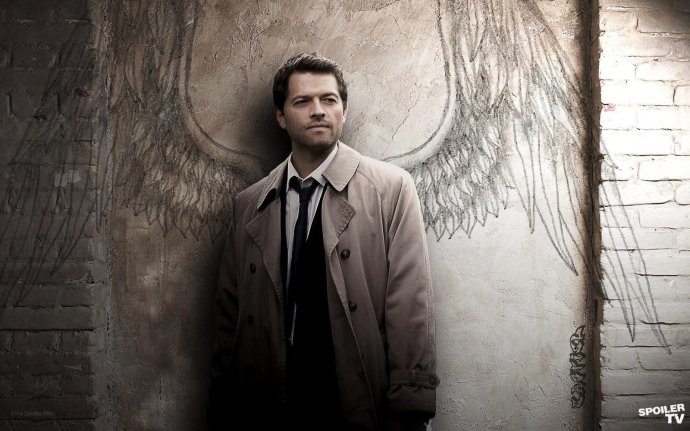 Very much like Crowley, the angel Castiel is one of the greatest inclusions to the latter seasons of Supernatural. And behind the scenes, the actor Misha Collins may be more fascinating than the character he portrays. Castiel did get quite a bit more screen time than Crowley before the original show ending. However, into season 6, Castiel began to develop in a direction few could have seen coming, even consuming Purgatory and proclaiming himself God. The cliff-hanger to that season was one of the most jaw-dropping and was a revitalising of a show whose direction had been unclear.

However, due to reasons unknown to me, the show decided to cut the storyline quickly, opting to do a season focused on the Leviathan. The forced nature of this shift meant that the initially thought dead Castiel was brought back and rebooted, focusing on his relationships with the Angels. As a later section will explore, the Angels are pretty boring, as a consequence it’s made Castiel less enjoyable. Though there has been more done with Castiel than Crowley without going into too problematic a direction; a lot of Castiel’s storylines have been muted and introspective. Those sort of storylines have been interesting but tying his stories into the main events has been difficult, and the character trajectory has been a little lost.

In the first six seasons, any episode featuring Castiel would be one of the highlights of that season, whereas now his episodes are standard. Perhaps again it is a fault of promoting Misha Collins to season regular, but again it feels a waste of a truly incredible actor. 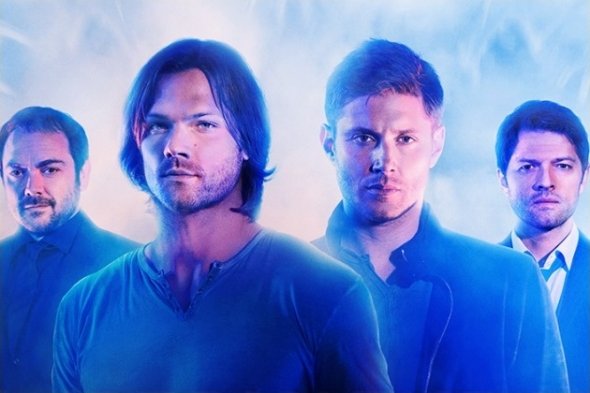 There was a time where any episode featuring an Angel or a Demon was one of the more tense, dramatic episodes that effected the show, even when season 3 focused on Demons, season 4 on Angels and season 5 on the Biblical Apocalypse. Further to this, each Angel and Demon had t*heir own personality, motivations and effect of the brothers; with characters such as Azzazel (Yellow Eyes), Meg, Uriel, Castiel, Ruby etc. Demons were portrayed as the evilest monsters in the Supernatural universe, and Angels were complicated, sometimes sinister, and very manipulative. However, we’ve reached a point where both races are frankly – boring. Their individual characters don’t have to mean and are merely representative of the race as a whole; worse than that, their actions are only about how they relate to Castiel or Crowley respectively. The reason for this could be that both species have lost their mystery, they’ve been deconstructed, and their weakness has been exposed. Killing off an Angel or Demon, even towards the end of season 5 was nearly impossible, but now they can be dispatched with a “special” knife. So they have no mystery, nor are they sinister or dangerous.

Prev1 of 2Next
Use your arrow keys to browse
In this article:CW, Eric Kripke, Jim Beaver, Mark Sheppard, Misha Collins, popluarposts, Supernatural Season 11