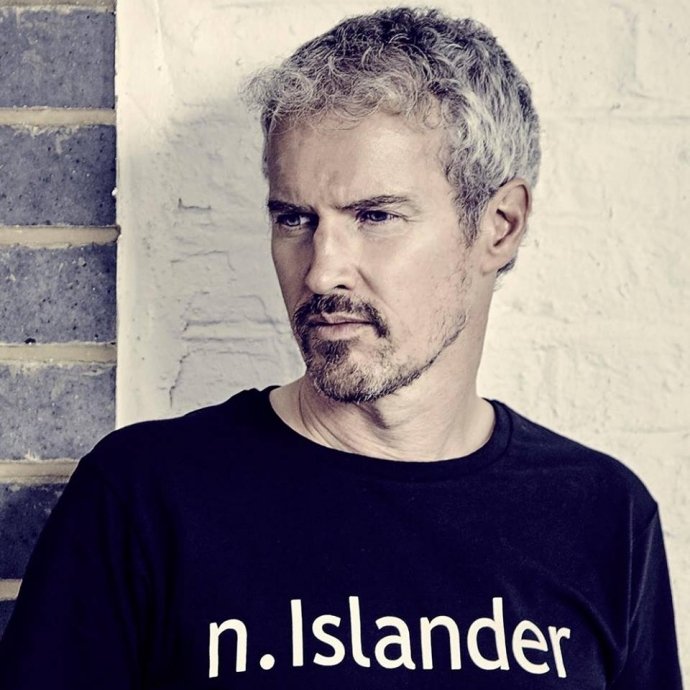 The Mull Historical Society, also known as Colin Mcintyre, backed by Bernard Butler in one of the UK`s finest small venues? Yes please.

Watching Mcintyre perform tracks from his new critically acclaimed album Wakelines, as well as old favourites, in the intimate London Borderline, with one of England`s greatest guitar heroes, is not a bad way to spend an evening. With no support, barriers or even roadies on hand this was closer to seeing a friend`s record launch than an act who has in fact released eight albums. So intimate that at one point during the night Colin was able to lean into the audience and ask some thirsty fans to quiet down. Stripping it all back in a live setting mirrors his latest Bernard Butler produced albums, which is fairly bereft of the usual kitchen sink production of old from MHS.

Whilst in close proximity to  Mcintyre it’s easy to see he hasn’t changed much since I last clapped eyes on him  14 years ago. His hair has gone down the same route as Philip Schofield’s and there is a trace of facial hair, but he is still his slender flamed perky self. He engages constantly with tales of old including trying to track down Alex Higgins to be able to use his picture for a single cover of ‘I Tried’. We are treated to a few old singles, opening with The Mull Historical Society classics before introducing us to his new Butler produced material.  Tracks like ‘Clementine’ and ‘Wakelines’ sound buoyant and proud, though it was easy to tell that a lot of the crowd were hearing these for the first time.

Bernard Butler was quiet throughout and took a step back to lend a hand to his colleague. His guitar work added new twists to some of the older material but was fairly low in the mix. He did however enjoy seeing Mcintyre mess up the piano riff to ‘Final Arrears’ and breaking a string – especially as there wasn’t a replacement to hand. The band soldiered on and these little glitches all added to the gig’s charm.

“This is one band who truly know how to spoil their audience.”

When left alone on stage, Mcintyre would ask for requests and then pick a track from beyond and sing a few bars. Usually when an act offers requests they just play whatever is on the set list and leave an audience member with a sense of false notoriety, so it was nice to see some ingenuity for a change.

At one point he read an exert from his new book Hometown Tales: Highlands and Hebrides, surprising a few of the rowdier fans who made their way to the bar. It did however make the show feel extra special, and after the reading helped him flow into his autobiographic tune ’14 Year Old Boy’. The rest of the band rejoined him to perform a glorious version of ‘Peculiar’ , a song which most definitely should have been a single. As the night drew to close, the band began another version of their theme tune ‘The Mull Historical Society’.

This is one band who truly know how to spoil their audience and it was certainly an unforgettable occasion. Hopefully they can make the long trip down from their northern Scottish island again soon.