Chisel Beeches - Take You Home | Video Of The Week

Like Torches Release New Video For 'Swing By Swing'

We Are The Ocean Release New Single - 'Hey Now'

Bruno Balanta Of The Qemists Reveals He Is Actually A Ghost! | The Truth

Five Things We Learnt At The Rock Band 4 Launch

Set It Off Bassist Austin Kerr Ejected From Band

Skeletonwitch Put A Curse On Camden ... But In A Good Way | Live Review

We Visited The Cinderalla Swarovski Exhibit In London!!

Paddington's David Heyman - "We Were All There To Make Something That Was Special." | Interview

8 Reasons We're Excited Gogglebox Is Back On TV!

This Legend - It's In The Street | Album Review

A Look at Daniel Radcliffe’s Career

Avril Lavigne And Chad Kroeger To Call Time on Their Marriage?

Mission: Impossible 5 May Have Its New Villain in Sean Harris

How I Met Your Mother Alternative Ending Leaked

As Above, So Below | Film Review

8 Intriguing Films To Come Out Of FrightFest 2014

Better Call Saul: 5 Other TV Characters That Got Their Own Spin-Off Show

Doctor Who Details Revealed – What Should We Expect From Series 8?

Leona Lewis Performs At Summer Gala In The Algarve

The Office's David Brent To Get A Movie

5 Reasons Why We Can't Wait For Better Call Saul

Doctor Who: Actors Who Could Have Been The Time Lord

Kendrick Lamar Will Debut His Short Film ‘m.A.A.d’ At Sundance’s NEXT Festival

Trailer For The Hobbit: The Battle Of The Five Armies Released

Top 5 Co-Headliners Of All Time! 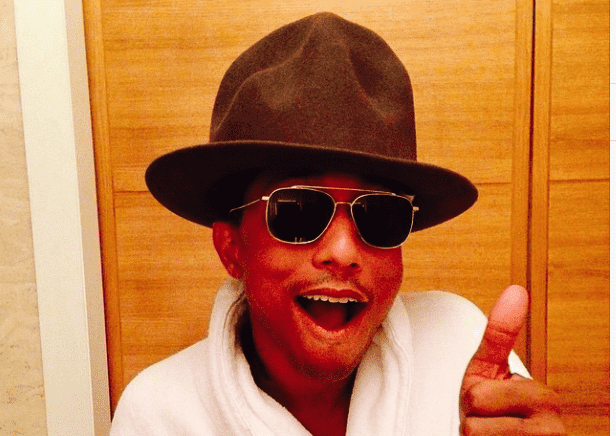 Pharrell Williams has been signed up to make a cameo appearance on The Simpsons! The singer will feature in an episode as himself, as the town of Springfield hires him to write them a city-pride anthem after their original composer gives the song to other towns.

[email protected] is coming to #thesimpsons! You can thank your lucky stars: http://t.co/tw6qenHziC

Pharrell joins the likes of Justin Bieber,  Seth Rogen, Channing Tatum and many more in a long list of celebrities who have had their turn on the longest running animated show, which celebrated 25 years last month.

The episode featuring Pharrell is called Walking Big and Tall and is due to be aired February 8 in the US.

Advertisement. Scroll to continue reading.
In this article:2015, cameo, Pharrell Williams, The Simpsons